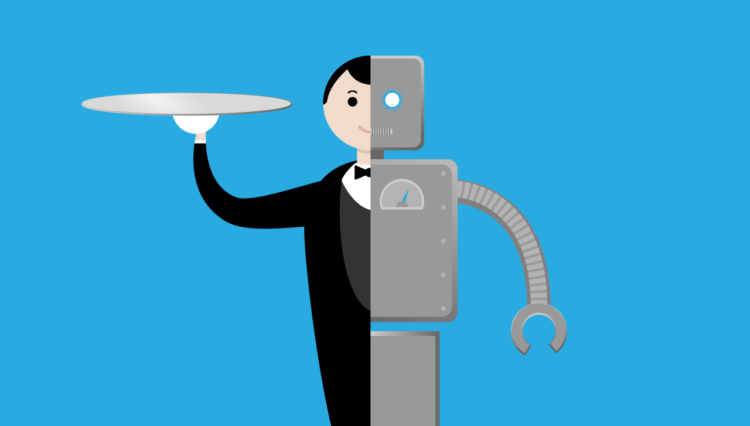 The time has come for humans and technology to get along. Fin, the human-AI (artificial intelligence) assistant is prepared to use the best features of technology to help humans while including humans as part of the solution. If you have ever screamed at a smartphone or your laptop because the automated voice response technology simply will not listen to you, Fin may be the right medicine for your hoarse voice.

Personally, I hate calling AT&T customer service 24/7 because there is no way to avoid the automated interface that says “You can speak to me in complete sentences.” But I don’t want to speak to you in complete sentences. If I use one word, that should be sufficient for you to direct me to someone who can actually help me instead of asking me 5 more questions to satisfy your lust for AI sadism.

Fin, which is the French word for “end” is a service that is now being made available to the public by former Facebook VP Sam Lessin. It’s safe to say he knows something about how humans and technology interact. He and partner Andrew Kortina have been working on Fin for 2 years and finally decided the time was right to go public. Their vision for Fin is to have a service that will take away all those 101 items on your ToDo list and get them done for you. Instead of using a one-size-fits-all approach like an automated assistant or a virtual assistant, Fin links the two together. Using Fin means you will reach the end of your ToDo list much sooner than later.

The selling point is that everyone trades off time for money. Instead of going to pick up your own pizza, you pay a person to deliver it to your door for $1.50 or so. It seems like a minor tradeoff for most people, especially when coming home from a long 8 hour day to demanding children. Fin does far more than that. Most people spend some time using search engines to find the best price on an item but Fin extends that task to use technology to, say, contact customer service and fight an increase on your cable service. If you work normal hours, finding the time to do it during the week is difficult, and doing it on the weekend means you will be spending time arguing with customer service (if you can get past the automated system). You can be doing other things that are either more enjoyable or profitable.

If you actually have a ToDo list in writing instead of in your head, a quick glance will show many things that you have given a low priority to but still need to be done. A few examples:

Your life will go on without these things being done immediately, but they need to be done. You use the Fin iOS app or go to the website and submit your request. You can use text, voice, or even send a pic of your request where it will be received and read by a human. Once it is received, you will get a response back from a human who will follow up with any questions to clarify the request and ask for additional details, if necessary. Once the process starts you are updated with progress notes and if there are any snags along the way, you will be sent a request for information to move the process along.

Of course, there is a price for the service, currently at $1 a minute. That sounds pricey (@ $60 an hour) and Lessin and Kortina are aware the service is not for everyone – or every thing. Regardless if you make $50k a year or $50,000k a year, you have to determine if the cost benefit (time) ratio is in your favor. Checking your credit report for errors or finding the best price for a pair of airline tickets may take 5 minutes. Is it worth $5 to you to discover any error on your credit report or save $100 on airline tickets?

The app has a thumbs up/down icon that allows you to express your satisfaction with the service. Because you have a human interface available, they will review each negative event and determine if you were overcharged based on the service provided and the results received. One user was charged $150 to find and make dinner reservations at a local restaurant. That price is ridiculously high. Fin reviewed the complaint and issued the user an entire refund. Having a human in the loop is where Fin is different, and saner, than directly interfacing with technology.

The underlying problem according to Lessin and Kortina is primarily psychological. People do not realize how much time they spend doing these various boring tasks on their ToDo lists. Ask yourself how long it has taken you to find the best price on an item. You will likely go from one website to another, have to scroll through a number of screens, and are likely to encounter at least one or two ads along the way. If you use the Internet for any reasonable amount of time at all during the week, you spend several hours searching around or keeping up with your weekly tasks. Pairing Fin with a part time personal assistant is a good idea. But realizing the number of hours you spend each week on tasks that are neither enjoyable nor profitable is the first step in seeing the advantages to using Fin.

The people most likely to use Fin are those who have lengthy ToDo lists in writing and people who have calculated the value of their time to be moderately greater than the cost of using Fin. Remember that Fin is a new service, and like any new product or service the price will go down once enough people are using the service. In contrast to the majority of the AI startups that use bots as a solution, which Kortina says they “suck,” Fin has a more futuristic approach where people are using technology to help other people.

If I were to guess, I would say he has had enough of calling AT&T customer service.