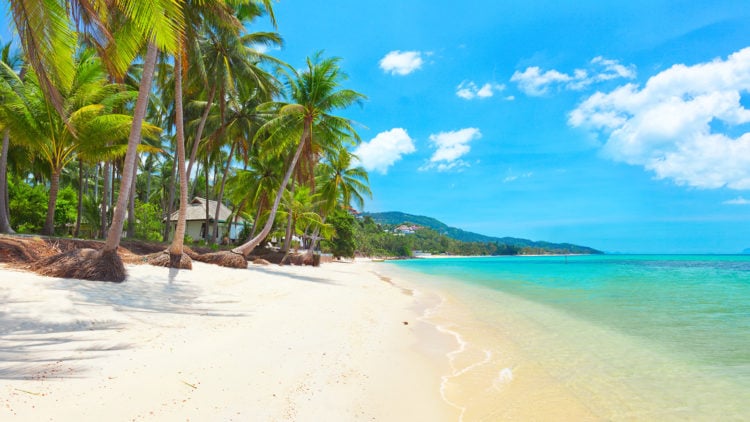 Koh Samui is the second biggest island that can be found in Thailand. The exact meaning of its name is unknown because while Koh is Thai for “island,” there is no real consensus on what Samui might mean. Some people think that it might be based on the name of a local tree called mui, while other people think that it might be based on the Malay word saboey, which translates to something along the lines of “safe haven.” Whatever the case, Koh Samui is a popular tourist destination, as shown by the fact that its hotel occupancy rate is continuing to rise in spite of the fact that its numerous hotels are close to being three-quarters full at any particular time.

Here are five examples of the luxurious experiences that can be found on Koh Samui:

Perhaps unsurprisingly, one of the main reasons that people visit Koh Samui is for the chance to have some fun on its beautiful beaches. In short, the beaches of the Thai island are nothing less than picturesque, combining soft, white sand with sparkling waters to create a feast for the senses. Better still, while there are some beaches that are crowded with tourists because of their convenience, there are also plenty of coves and other beaches that are much more secluded in nature, meaning that people who want to someplace peaceful for rest and relaxation can find it on Koh Samui as well.

There are a couple of reasons that people who visit Koh Samui should consider checking out the retailers that can be found on the island. For example, there are places such as Central Festival Samui that offer a wide range of products bearing some of the most famous brands that can be found on the planet. However, while such places offer excellent selections, spending too much time at them can be a visit, particularly similar sites can be found elsewhere in the world. As a result, people who visit Koh Samui should check out other shopping sites such as the Fisherman’s Village, which are homes to numerous stalls selling local products that can be found nowhere else in the world. For people who are interested in picking up some clothing, memorabilia, and other local mementos of their visit, these locations make a perfect solution, particularly since they tend to offer other forms of entertainment as well.

People with a taste for Thai food should consider checking out the local restaurants serving up a wide range of local cuisine. However, interested individuals should take note that not all Thai restaurants in all of the places frequented by the Thai diaspora serve up authentic Thai cuisine. As a result, even if they are used to eat Thai cuisine, they should still be able to find something new and exciting unless they have the good fortune of living close to a truly excellent authentic Thai restaurant.

As a result, people who visit Koh Samui should have no problems finding a beach for some rest and relaxation so long as they are willing to head a little bit of their way. However, it should be mentioned that the island has a wide range of other facilities to support people who are interested in that sort of thing. Examples range from spas, retreats, and detox centres, which can offer interested individuals a chance to let go of their cares while being pampered, to private villas, which comes with all of the amenities that visitors need to enjoy themselves to the fullest extent.

On a final note, Koh Samui has been inhabited for something like 15 centuries. As a result, it should come as no surprise to learn that it boasts its fair share of cultural sites, which should prove interesting to those who want to learn more about the local culture. One excellent example of Koh Samui’s cultural sites is the Big Buddha, which is an admittedly unoriginal name for a much more impressive sight. In short, the Big Buddha is a 12-meter tall statue of the Buddha that shimmers gold, which can be found at the top of a staircase to make the whole experience that much more arduous and thus that much more worthwhile. Of course, the Big Buddha is far from being the sole cultural site of interest on Koh Samui, meaning that there are plenty of opportunities awaiting those interested in that particular side of travel.