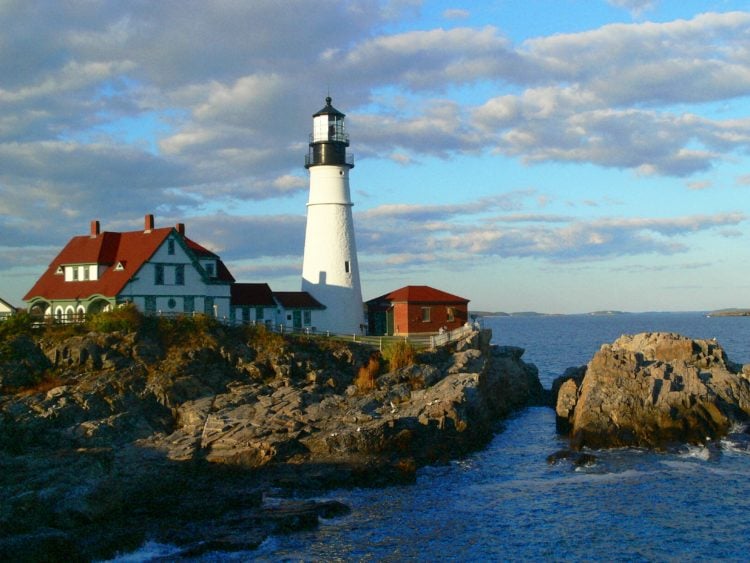 Craigslist Maine gets a lot of use by honest people who have items for sale, homes for rent or for purchase and a variety of quality services. Natives of Maine are becoming increasingly wary of the ads that they respond to because of the numerous scammers who have invaded the site and interject plots to deprive unsuspecting victims of their hard earned cash. Although some locals are becoming wise to the host of scam ads that seem to be increasing daily, there are still innocent people who may not be aware of the despicable plots that are interspersed among the legitimate ads. Here are five scams we identified that you need to watch out for.

This is a post that was made by a Maine resident in the York Beach area that is exposing multiple scams identified when trying to find a legitimate rental for a week. Frustrated by hours of searching, not one of the listings was legitimate. They all post rentals that are far too good to be true and they insist on money transfers instead of face to face contact. This person is very clear that they no longer want to be contacted by scammers who are making unsolicited offers through Craigslist and this should serve as a warning to anyone hoping to rent beach property in York Beach…. Beware!

This Craigslister received an email after asking for more information about a house posted on Craigslist Maine. The ad included pictures of the property and the contact person went by the name of Steven Evans. He said that he and his wife weren’t interested in the money as much as in finding a good renter that would take good care of the house and property. He claims that they are being very selective about who they allow in as renters. He claims that they just relocated to Sandy, Utah and that they can drive by the location but must prove that they are worthy renters. They offer to throw in the cost of all utilities in the rental price of $800 and a $400 deposit. He claims there is no honest agents or family to show it to them. He said if they want to drive by the house, then contact him they will arrange for the $1,200 payment to be made and he will FedEx the keys. This is a classic scam and Mainers should avoid it.

A Lewiston couple almost became the victims of a scam that’s taking place in Central Maine. Ricky and Janice saw a home listed for rent in Waterville. The home was colonial with hardwood floors and lots of space for $600 a month with utilities included in the rent. They contacted the poster via email with an inquiry. The scammer was using the name of the actual owner as listed in the assessor’s records. They would only communicate by email and told the couple they must front $1,200 which must be send via Walmart wire service. They were ready to wire the cash and decided to swing by the property. When they saw a real estate sign in the yard, they phoned the agent in charge. He informed them that this was a scam. They had narrowly escaped becoming the victims. The scammer had done his research and used actual pictures of the home and the real name of the registered owner. They’re getting more sophisticated in their attempts to con people out of their money.

There is a new scam circulating around Maine. One of the many scams Maine police are warning about is the posting of a 2015 Chev Malibu for sale with a list price of $1,200. The seller claims that they are parting with it cheap because they need to pay rent. In reality, there is no car and the photos have been randomly acquired and included in the ad. They try to lure you into meeting them with cash. They will either take the cash and run or rob and possibly injure you.

Michele Dwyer is legitimately trying to sell her home in Bangor. A Craigslist scammer saw her ad and used it to post a fraudulent rental ad, using the information that she posted to attempt to rip people off. Dwyer’s home has been used by the scammers and this isn’t the first time it’s happened to her. It’s occurred twice within a period of 8 years. The old rental scam is one that they don’t seem to get tired of using because it’s so profitable for crooks. Thieves have collected property for illegally renting out her property. When Dwyer was made aware of the phony listing, she contacted Craigslist and they told her that it was posted by a missionary claiming to work in Nigeria. They wanted to rent the house and collect the fees asap after completing a form. They were asking the renters to designate the amount of time they wanted to rent it for and pay the full amount upfront.

A Guide to Using Craigslist Maine the Right Way

If you’re a resident of Maine and you use the local Craigslist site to post items for sale, or if you’re looking for an item to purchase, you must be very careful to avoid becoming the victim of a scam. The number of fake ads has been increasing in the Craigslist Maine area in recent years. Here are some tips to help you avoid being a victim if you live in Maine and use Craigslist

Become aware of the kinds of scams that are out there

The first step in raising your awareness of scam activity is to know what to look for. There are hundreds of different types of scams that are posted on Craigslist. Some of the most common are rental scams and fake check scams. In addition to this, there are pets for sale scams and vehicle sale scams. The next step in protecting yourself is knowing how to spot a scam and avoid it. It’s always a good idea to check with the local chapter of your Better Business Bureau on any reported scams in the area.

Several victims from Maine have reported being ripped off by fake rental ads on Craigslist. When looking for a home, here are some of the clues that you might be dealing with a scammer. First, they find homes listed for sale on other sites and use the stolen information to post fake ads. The so called landlord will make up an excuse why they cannot meet with you in person. This is a huge red flag. Many of them make up a sob story or claim to be in the service or a missionary in a foreign field. If they’re not in the area and willing to meet you face to face, it’s probably a scam. Some con artists do live in the area and some have gone to far as to break into vacant homes and have the locks changed. They have you complete a rental application, accept the money in cash and give you the keys. The only problem is that when the owner becomes aware that you’re living in the home, they send the police to have you removed or even charged with trespassing. The best advice to follow when looking for a rental on Craigslist Maine is to meet with a realtor or a home owner that you can verify is the legal owner and pass on all of the rest, especially if the deal seems too good to be true because it probably is. Never make payments to people you haven’t met through online or wire transfer services.

Sellers on the Maine Craigslist have become victims of scams involving fake checks. When they list an item for sale, scammers contact them posing as buyers. They agree upon a price and then send a cashier’s check to pay for the item, but when the check arrives it is for far more than the agreed upon price. The buyer instructs the seller to deposit the check into their banking account, keep a little extra for their trouble and then send the excess via wire transfer to a “shipper” who will pick the item up. This is a common scam. A few days after depositing the check it is discovered that it was fake and the seller is responsible for repaying the bank every cent including fees. Do not deal with buyers who are not in the area and who will not meet with you in person to look at the item, pay cash and pick it up in person.

Here is another scam that has appeared on Craigslist in the Maine area. Scammers post pictures of dogs that are for sale. They usually offer them for a reasonable price, but claim that for one reason or another that they must sell the pet through wire transfer. They offer to ship the animal, but after you make the payment, they string you along for months claiming that you must pay more for medical expenses, for shipping insurance and for other trumped up claims. Never pay for a pet online sight unseen. If the seller will not meet with you and let you see the dog and complete the transaction in person it is more than likely a scam.

These are the most common scams taking place on Craigslist Maine. There are others as scammers are becoming more sophisticated all of the time, but if you’re aware of the types of scams commonly posted and what to look for, you can avoid becoming the scammers’ next victim.