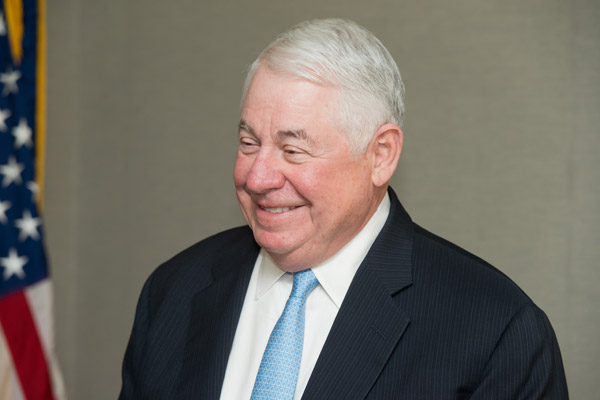 Richard Adkerson is the current head of Freeport-McMoRan Inc. Said corporation specializes in mining a wide range of minerals, which is why it has operations situated on five continents. Here are 10 things that you may or may not have known about Richard Adkerson:

Richard is a Germanic name made up of two elements. One is ric meaning “ruler” while the other is hard meaning “strong.” As a result, the meaning of Richard tends to be interpreted as something along the lines of either “Strong Ruler” or “Strong in Rule.”

Besides Mississippi State University, Adkerson has completed a program at Harvard Business School as well. In that case, it was a program on management, which makes sense considering the path that Adkerson’s career has taken over the course of his lifetime.

4. Started Out in the Oil and Gas Industry

Adkerson has a very long background in the mining industry. However, it is interesting to note that he started out in the oil and gas industry in the 1970s, which was undergoing a time of instability. Naturally, he was an accountant.

5. Used to Work at Arthur Andersen

6. Worked with the Securities and Exchange Commission

It is interesting to note that Adkerson once worked with the Securities and Exchange Commission (SEC) in Washington, D.C. Of course, the SEC would be the agency that is responsible for coming up with new rules for regulating the securities industry as well as making sure that those rules are properly enforced. As such, the SEC plays a very important role in the United States, though it has received a fair amount of criticism in recent times for being too hesitant to confront wrongdoers on Wall Street. Something that was particularly common during the late 2000s when a number of failures had serious consequences for a lot of people.

7. Once Chairman of International Council of Mining and Metals

There was a time when Adkerson was the Chairman of the International Council of Mining and Metals. For those who are curious, said body was founded in 2001 by a group of mining companies for the purpose of encouraging sustainable development in the mining industry. Besides this, it has various other aims, with examples ranging from creating new mining opportunities to predicting future challenges so that they can be managed ahead of time.

8. Has a Strong Interest in Safety

Interestingly, Adkerson has a strong interest in workplace safety. Essentially, what happened is that he wanted to become an engineer rather than accountant when he was younger. However, when he was doing a summer job at a school bus assembly plant, he saw horrendous working conditions that included clay floors, no air conditioning, and a serious lack of safety measures. In fact, the assembly plant was so bad that he literally saw a cut-off thumb on the machine that he was supposed to work at when he went in one day, which had a huge influence on his eventual career choice.

9. Has a Wait and See Stance At the Moment

For the time being, Adkerson is holding off on big moves. Copper is in a good position, which is beneficial for Freeport-McMoRan because it is the biggest listed copper producer. However, there are serious trade tensions, meaning that there is a lot of uncertainty that makes it difficult to tell whether specific projects will be beneficial to the corporation’s overall aims or not.

Adkerson is one of the donors to the National World War II Museum in New Orleans. He and his corporation made a contribution of $5 million, which was what made its Road to Tokyo: Pacific Theater Galleries possible.