Home
Net Worth
How G Herbo Achieved a Net Worth of $2.5 Million
Prev Article Next Article 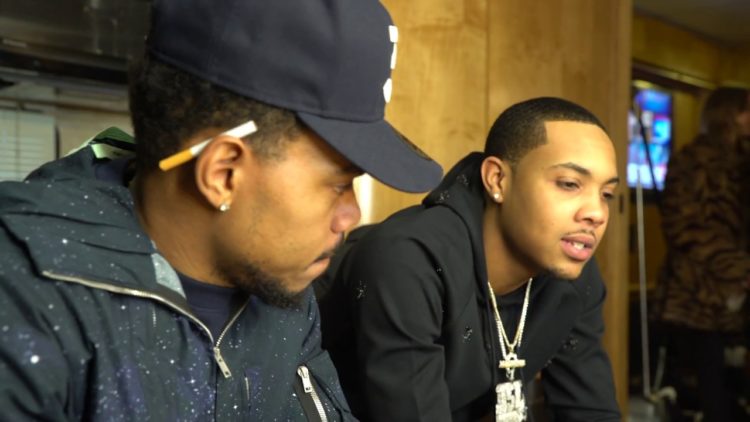 Lil Herb of Chi Town is worth more than 2.5 million dollars. With more upcoming albums and new singles to be released, G Herbo stands to rake in even more money. The twenty-five year old Libra makes somewhere in the ballpark of $200,000 a year from all of his many appearances, performances and music sales put together. If we are talking about endorsements and sponsorships, both in the states and abroad, he is looking at $15,200. And then there is his YouTube channel to consider with an excess of 67,500,000 views, which nets a sweet $135,000. And he makes sure that he’s worth every dime.

Where It All Began

G Herbo started out with next to nothing. He was born Herbert Wright III on October 8, 1995 in the East Side of Chicago, Illinois. He went to Hyde Park Academy High School until he dropped out at age sixteen to focus on his music career. A year later, G Herbo’s first song “Kill S***” was burning up on YouTube with over forty-two million views with his friend Lil Bibby. They soon caught the attention of Drake, a Canadian rapper. On February 17, 2012, G Herbo released his first mixtape, Welcome to Fazoland, named in honor of Fazon Robinson, one of Herbo’s childhood friends who was tragically killed in Chicago. It was a critical success that led to collaborations with other rap stars such as Nicki Minaj and Common. It was followed up by five mixtapes, four studio albums and two extended plays.

Where He Is Now

In 2018, G Herbo contributed to his former elementary school Anthony Overton Elementary School to help with redevelopment and provision of musical equipment. In summer of 2020, G Herbo launched Swervin’ Through Stress, a program set to focus on the mental health of black youths. G Herbo has been involved in some personal drama. His son, Yosohn Wright, was born in 2018 to his girlfriend Ariana “Ari” Fletcher. Fletcher claims battery charges against the rapper. G Herbo claims theft of jewelry on her part. G Herbo is now engaged to Taina Williams who is pregnant with their first child. G Herbo is in a little legal trouble right now. In December, he and a group of his friends were accused of wire fraud, and aggravated identity theft in Massachusetts. G Herbo pleads innocent against charges of using these resources to buy private jets, exotic cars and designer puppies.

What’s Next for Him?

His new Delux Album, PTSD, is out and has already been certified Gold. It was titled as a means of drawing attention to the “Swervin’ Through Stress” movement. There is a The Dream Team Therapy Fund accessible on G Herbo’s official website. The goal of this online fundraiser is to cover the expense of three months worth of therapy sessions for young black people between the ages of eighteen and twenty-five seeking care in the United States. A new mixtape with Lil Bibby has yet to be released. It is tentatively titled No Limitations. A tour to promote the PTSD album is being planned for later in the year of 2021. In May of 2020, G Herbo donated 20,000 protective masks to Illinois’ Cook County jail. There’s no G Herbo merch yet, but keep an eye on his official online store. There are sure to be t-shirts available as soon as tour details are set in stone. There is, however a G Herbo app available. It features exclusive daily content pertaining to G Herbo, streams of the man’s music, exclusive offers and items only available to premium members.

As to G Herbo ongoing identity theft case,  his travel restrictions have been lifted. Fingers crossed, that tour planned for later in the year may go on. There is the proviso that he can only travel in the United States. International fans are going to have to wait awhile to see G Herbo perform live. On the upside, all this courtroom drama has inspired G Herbo to write a song called “Statement”. The rapper maintains his innocence. In the song he brings up how he’d rather spend his money on improving schools and doesn’t even care for Rolls Royce, though he could easily afford one. G Herbo has recently respectfully requested that people on the internet refrain from stressing out his fiancee.

The most unique thing G Herbo has done is put the spotlight on mental health on youths from violent neighborhoods. It admittedly is not something a lot of people would even think of. Most people associate PTSD with soldiers who went to war or domestic abuse victims.