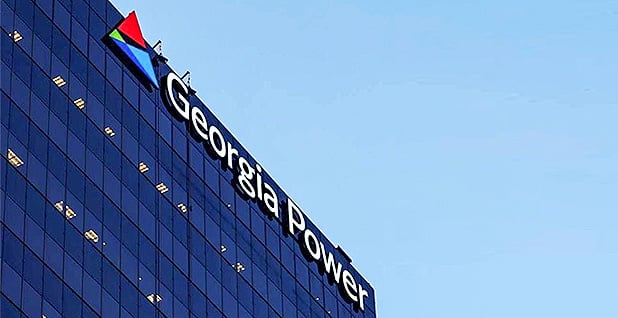 Georgia Power is one of the many power generation plants in the world. Its main office is in Atlanta, Georgia, United States. Formerly, it was known as Georgia Railway and Power Company before its current name came to be. Georgia Power is one of the 19 companies owned by Southern Company – a gas and electric utility holding, and the second largest in the US. Out of the 19 companies, 4 are subsidiary electric utilities – of which, Georgia Power is the largest. Others are; Alabama Power in Birmingham, Mississippi Power, in Gulfport, and, Gulf Power, in Pensacola, Florida. It has a relatively large customer base of up to 2.4 million, with the number of employees approximated at 9,000. Below are 10 things you need to know about Georgia Power:

10. It provides 6 different, and flexible services to its customers

Georgia Power’s aim is to effectively, meet each and every need of its customers, and also, to ensure they have a variety of options to select from when they subscribe to their services. These services do not require Credit Check, Cash Deposit, or Reconnection fees. For that reason, they have the following payment options for you:

9. Has Excellent Mobile and Online Features

These two will help you monitor daily usage of electricity and manage your account easily. But first, you have to sign up. You can call 1 – 877 – 506 -3905 to sign up by phone. If you are just joining, ensure you have your name, address, and social security number/ picture ID. And proof that you reside in Atlanta, like a phone bill, or something similar To make payment, visit locations such as Kroger, Walmart, or other authorized payment locations. There are more than 4,000 of them.

8. Has A Special Way of Giving Back to The Community

Georgia Power has various volunteer projects involving employees, and anyone affiliated with the company. These projects are, but not limited to; outlook landscaping for local non-profit organizations, organizing donations and working with Habitat for Humanity. January 21, 2019, it was expected for Georgia Power employees to have their day off’s, instead, they decided to give the mentioned services in honor of Dr. Martin Luther King Jr.

There has been quite a good number of their customers reporting to have been contacted by Georgia Power ’employee’, demanding for payment. This has been done either via phone call, online or in person. Georgia Power wants all their customers to know that anyone visiting for service-related purposes, will be in a GP badge, uniform, or company vehicle. Also, it has produced a public service announcement in English and Spanish. It’s clearly highlighting on tips you can use to identify scams. You can view it on the company’s YouTube channel.

6. It’s A Company Within A Company

Georgia Power is an electric generating plant that is owned and managed by Southern Company. In terms of customer base, it’s second largest utility in the US, and, ranked 126th on the Fortune 500 listing of The Largest US corporations. Save for electric and gas provision, it also owns other companies that provide services such as; engineering, cellular telephone provision, distribution of infrastructure technologies, business transmission, and retail operations.

5. It Has Massive Generating Facilities

Georgia Power owns 46 generating plants. These include – hydroelectric dams, Fossil fueled generating plants and nuclear power plants. These facilities enable it to sustain a large volume of production, for its 2.4 million customers. Its hydroelectric dams can generate a capacity of 1,087 kilowatts, thus, providing more than 45,985 acres of water, and more than 1,701 km of shoreline for habitat and recreational use.

4. Had its Credit Ratings Downgraded from Upper Medium to Lower Medium, in August 2018

The rating was done by Credit Rating Agency Moods. It was as a result of an increase in building cost for two nuclear reactors. The reactors were an addition to its Vogtle Electric Generating Plant. It has since agreed to pay an additional proportion of the cost of smaller project partners. This, only if the cost of completion doesn’t exceed $9.2 billion. Georgia Power did this to enable it to sustain this project.

3. Was Faulted for the 2016 Delta Airlines Power Outage

It is always said that fame comes at a hefty price. Since it’s the largest power plant in Atlanta, it was solely blamed for the outage. The outage led to delay or canceled Delta Airline flights. Later, they figured the source of the problem was something else, but not because of Georgia Power.

Georgia Power was established in 1902 when it was known as Georgia Railway and Power Company. It succeeded Atlanta Consolidated Street Railway Company. Had a network of 31 electric bus routes, thus, the largest trolley bus system in the US. It continued its operations until the 2000s when new streetcar service was established by the Atlanta Transit Company.

1. It Has a Humble, and Result-oriented CEO

Paul Bowers became the president of Georgia Power in 2011. Before took this position, he had held an executive position at Gulf Power in 1979. Recently, we saw him spearheading, Georgia Power employee volunteer projects, in Atlanta. He was once, the Chief Financial Officer of Southern Company. During this time, he was rated in the top three CFOs in America, by Institutional Investors Magazine. In 2016, he was pointed chairman of, Atlanta Committee of Progress. Also, in 2017-2018, he became the chairman of Children’s Healthcare in Atlanta