America has had a love affair with muscle cars. From vintage models to newer iterations of these brawny beasts, car enthusiasts are taken with the power and bravado they exude. Muscle cars are icons of American pop culture, and the most popular models have their origins in the 1960s, ‘70s and ‘80s eras. These cars are known for their torque that lay down the rubber on short run tracks and the horse power of the V8 engines most commonly used to power them is surprising. For your enjoyment, we’ve put together a collection of the 20 greatest muscle cars of all-time. 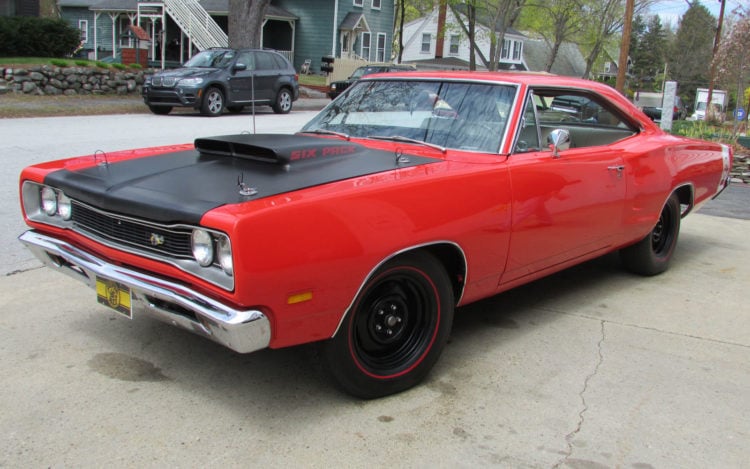 This powerful muscle car was inspired by Dodge’s Coronet with the first model released in 1968 and produced for just two years. It was affordably priced and was pretty much a version of Plymouth’s Road Runner with a rebadge and similar aesthetics. The major difference is the longer wheelbase and the Super Bee was heavier by 65 pounds. The tail stripe with the bumblebee and an enhanced grille, chrome plated medallions of the Bee and a few other visual differences set this vehicle apart. The 1971 Baldwin-Motion Phase III GT Corvette was introduced to the world at the New York City International Auto Show held in 1969. It featured air conditioning as a luxury item along with a 454 LS6 big block engine iwth open chamber aluminum heads and headers along with a Holly four barrel with an output of over 500 horsepower. This was a fast car that was popular for drag racing. 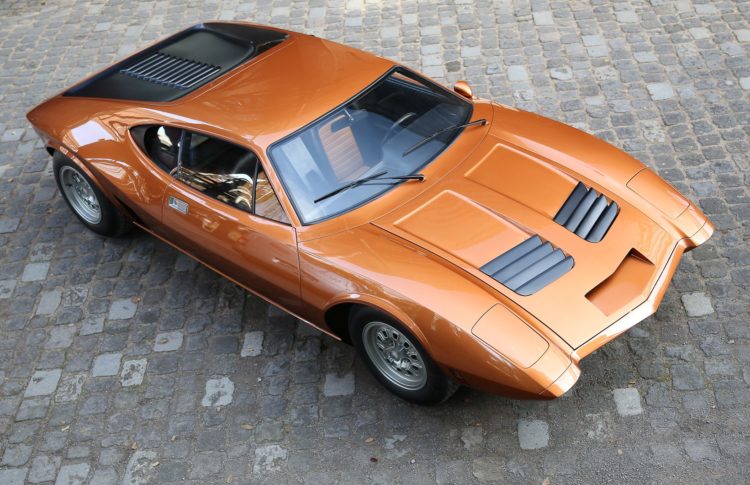 The AMC AMX/3 is a Giotto Bizzarrini design that was one of the most desired in the early 1970s with just 6 examples ever built, so it was tough to get your hands on one of them. It was the car that dreams are made of. During the design process, Bizzarini asked the AMC officials if a speed of 170 mph would be fast enough and they agreed upon this aspect of the design. The super fast muscle car handled like a dream and was powered with a V8 390 cu in engine that generated 340 horse power, and 430 lb ft or torque, mated with a four speed transaxle, specially developed for the 390 engine. Chevrolet’s 1984 Corvette C4 was produced from 1984 though 1996 and remained one of the favorites of those who enjoyed high performance engines. The sales for the 1984 model were high because muscle car enthusiasts loved the speed of this car, maxing out at 175 mph hanks to the 375 horse power engine. The model enjoyed its heyday in 1984, but when prices began to rise the sales fell into the 1990s. This car was made in America from 1964 through 1967 with special exterior badging as the bigger sibling of the Pontiac GTO. For 1965, Pontiac dropped with Catalina name for this car. It was powered with a massive 6.9 liter engine, heavy duty front springs and dual exhaust. The model made a reappearance in 1986 with an aerobody coupe and just 1,225 of the later models were released. 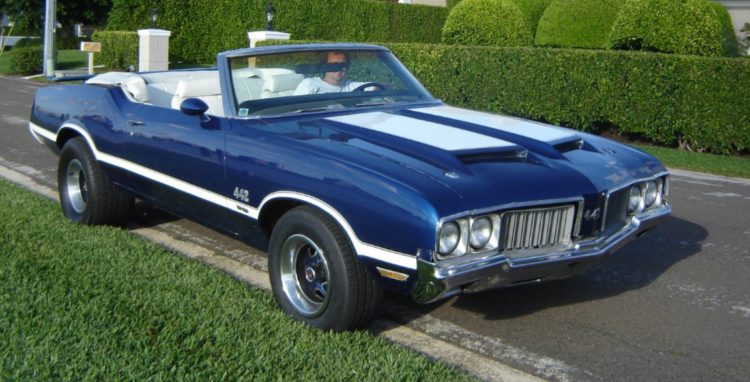 The Olds 442 was first released in 1964 and was produced through 1987, with the 1970 edition being among the most popular as the 1968 through ’71 productions were recognized as their own model within the model with hyphenated badging in between the 4-4-2 numbers. The 1970 was considered to be at the “pinnacle of performance from Oldsmobile,: equipped with an Olds 455 V* engine cranking out 365 horse power and 500 lb ft of torque and if you went with the W30 options, the hp increased by 5. This was mated with a 4 speed manual transmission and it achieved a top speed of 102 mph. This beauty was one of the hottest muscle cars in 1969. The Camaro became a symbol of speed and power for the average American muscle car enthusiast and it was the dream of every high school boy who just earned his driver’s license. The car had a sleek and sporty aesthetic with 290 horsepower and a matching 290 lb ft or torque. It wasn’t the fastest car for 1969, but it was definitely one of the most aesthetically pleasing to the muscle car crowd.

The Plymouth Barracuda was first released in 1964 in a fastback coupe platform that was inspired by Plymouth’s Valiant model. In 1971, it was available with a larger engine which drove muscle car enthusiasts wild. The Chrysler 7.2 liter 440 Commando V8 was one option but the brass ring was the 7 liter hemi 426 V8 cranking out 475 horsepower and 490lb ft of torque. The acceleration was nothing short of amazing. 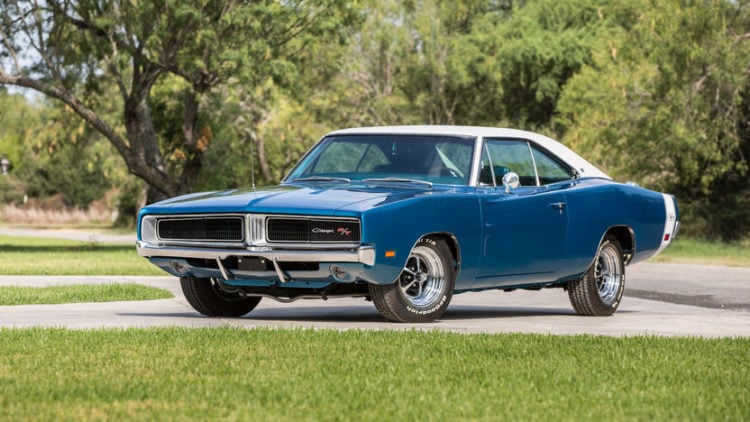 This was the edition of the Charger that combined all of the necessary elements of muscle with luxury. It was powered with a single four barrel 440 engine which generated a generous 375 horsepower. The speed and power were present and it was also packed with a ton of luxury features. These included leather and vinyl bucket seats, pedal accouterments, a light package, a sport steering wheel, hod mounted turn signals, a V8X tail pipe, woodgrain instrument panel, deep dish wheel covers and more.

What really made the 1969 Pontiac Firebird 400 Coupe the most popular model year over its predecessors was the new upgrades in styling that gave it a more aggressive aesthetic with broader fenders and a few other exterior styling tweaks. The engine was an L74 offering 335 horsepower with 430 lb ft of torque, but it was also available in a Ram Air IV configuration that increased the horsepower by ten and kept torque at the same level. The 400 went from zero to sixty in 5.6 seconds.

Favored for racing, the 1969 Chevrolet COPO Camaro was offered in a few different engine sis, the most popular being the 427 V8, also called the ZL1. The COPO was a special edition that required special ordering and an additional $4,160 when you placed your order for the new Camaro. Special paint and a boat load of options were available for this racer which also happened to be fully street legal, no questions asked. The original intention of the vehicle was for professional drag racing, but it found its way onto the streets. The engine produced 500 horsepower and it as among the most powerful produced during this model year. 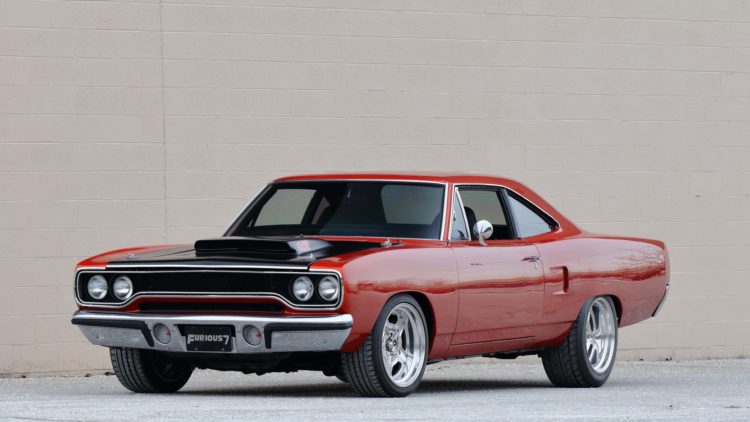 The Plymouth Road Runner was produced by Plymouth Chrysler from 1968 through 1980 in Detroit, Michigan. What made the 1970 model so popular were the changes to the front and rear end along with enhancements to the front fenders, the hood, a new grille and the addition of quarter panels and a cloth and vinyl bench seat. It was also available in new colors and the new model had a more aggressive look with the addition of high back bucket seats, built in headrests and a few other luxury items. The car was powered by a 440 six barrel engine which was a carry over mated with a three speed manual transmission. The GSX was an option package that was available on the 1971 GS 455. There were only 124 of these models ever built the Stage 1 package made the cam hotter with cold air induction through attractive and aggressive hood scoops which were also functional, with bigger valves and more displacement. The torque was high at 510 ft lb with an engine rating of 360 horsepower but some rated the engine at 400 horses. The 1969 Pontiac GTO Judge was a straight reflection of the American culture of the late 1960s. Even the name reflected a term that was loosely used to imply an irreverence towards authority. This car was aggressive and powerful with its powerful V8 engine matched with a three speed manual transmission and a Hurst T handle shifter. The Judge made its first appearance in 1968 and by the following year was an icon that everyone wanted to own. This beefy east was fitted with big wide track Polyglass tires and it had a solid and capable build with a 112 inch wheelbase. The handling was superb as well as the acceleration. The 1970 model was powered with a SS454 that delivered 450 horsepower along with 500 lb ft of torque and it ruled the road. This variant of the Ford Mustang came to be known as BOss 9 and it is prized today as one of the most highly valued and rare Mustang muscle cars. The model was inspired by NASCAR and the Boss 429 was developed with a modified Hemi type combustion chamber that didn’t require the use of head gaskets. The Boss 429 engine was massive and tuned for performance.

The 1978 Pontiac Firebird Trans Am represented a new special edition in the line. This is the year that the Firebird Formula LT Sport Edition became available. It was powered with a Chevy 305 V8 engine that was mated with a four speed manual T-10 BW transmission. You could order this edition in an LT trim, known as the limited touring edition with tons of amenities and it was also available in a ton of aesthetics options including gold spokes and a gold dash face with the Red Bird option. This model was built expressly in a limited edition that was designed for high performance for winning NASCAR races after previous failures. Dodge hit the mark as this car won the Talladega 500 the fall after its birth. This iteration hit the 200 mph mark at the race and it was just the beginning of a successful run at the racetrack as the 29170 Plymouth Superbird which succeeded it went on the next year to clean up at the race track.

The Mustang Shelby’s were already iconic vehicles, but what pushed this mode over the top was the installation of the new Cobra Jet power plant, which was a version of their 428 engine. This generated 335 horse power and 440 lb ft of torque. It was commonly referred to as the King of the Road as intended by the KR indications. The number one greatest muscle car of all time is the 1966 Shelby GT350. This is a high performance muscle car that was so hard core in 1965 that it took the general public a year to process its potential. The original price tag was high the first year so Ford found a way to bring it down to a more reasonable level and the sales took off on this powerful and loud muscle car with an available supercharger.