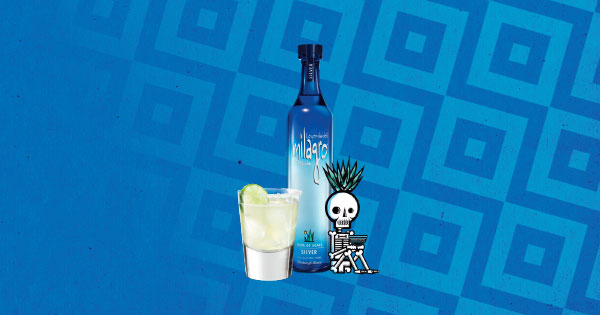 Tequila is something that popped up because of the Spanish Conquest of the Americas. However, it can be said that its roots reach further back. In short, the Mesoamerican cultures that lived in Central Mexico made a kind of fermented beverage called pulque using the fermented sap of the agave plant. For those who are curious, pulque bears something of a resemblance to viscous milk, though its taste is much sourer in nature. In earlier times, the consumption of pulque seems to have been limited to specific events as well as specific people, but following the disruption caused by the Spanish Conquest, it became much more widespread. Unfortunately, pulque doesn’t see much use in the present time because it was replaced by other fermented beverages such as beer, though there is some interest in reviving it for tourism as well as a number of other purposes.

Regardless, logistics were much worse in colonial times than in the present. As a result, it wasn’t uncommon for people to run out of products that they were used to, which in turn, meant that it wasn’t uncommon for said individuals to come up with improvised solutions to their problems. In this case, the Spanish conquistadors ran out of brandy, which prompted them to make a substitute of sorts by distilling the product of the agave plant. Said process started up in the 16th century, but for whatever reason, the resulting tequila seems to have caught on because the Marquis of Altamira started up a full-fledged factory for the purpose of producing said fermented beverage in what is now the state of Jalisco in 1600. As for why tequila became tequila, well, suffice to say that there is a town called Tequila that not so coincidentally happens to be situated in the state of Jalisco.

Nowadays, tequila process remains a manual process in significant part. For example, the people who are charged with harvesting the agave plant have to trim the quiotes that are prone to sprouting from the center of the plant, thus ensuring that the plant as a whole will have time to ripen instead of falling dead upon flowering. Eventually, said individuals will harvest the agave plant by using a knife to remove the leaves from the succulent core so that it can be baked for further processing. However, should they fail to judge the correct time, the succulent core will have insufficient carbohydrates stored within it, thus rendering it useless for fermentation. Once baked, the juice of the agave plant can be extracted for fermentation, though there are numerous choices that can be made to change its flavor. One example is adding some of the pulp fiber to increase the flavor of the agave plant, while another example is distilling three times rather than the mandatory two times.

How Has Milagro Tequila Changed Over Time?

Milagro Tequila started up in 1998 because of two men named Danny Schneeweiss and Moy Guindi. The pair were inspired by the thriving cultural scene that could be found in Mexico City, which seemed like a stark contrast with what was happening in the tequila industry of those times. Supposedly, tequila-making had become either too hide-bound or too reliant on good marketing rather than good tequila-making, which came as a huge disappointment to Schneeweiss and Guindi because they wanted something that could be creative while still remaining respectful of traditions.

As a result, the two sought out Pedro Juarez, a tequila distiller who had become concerned about his craft because of the constant demand to cut costs by the multi-national distiller for which he was working at the time. Together, the three came up with a process for tequila-making that bears a fair amount of resemblance with what has been described above but incorporate a new step of distilling in two different kinds of stills. Combined with the aging that is done for all of Milagro Tequila’s products, this goes a long way to explaining how it has managed to distinguish itself in a competitive field, so much so that it has managed to increase its selection of products at a respectable pace ever since it started up. As time continues to pass, it will be interesting to see how else the people at Milagro Tequila will continue to innovate while still remaining true to their roots.