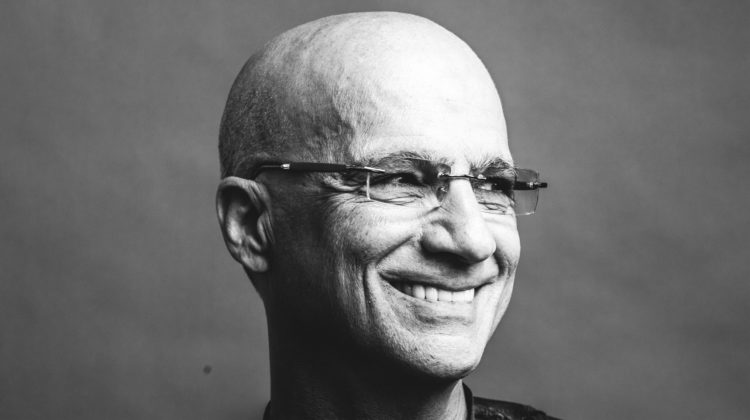 Jimmy Iovine is estimated to have a net worth of $950 million. He has amassed this fortune primarily from his work as a music producer and entrepreneur. He was born in Brooklyn, New York into a working class family of Italian origin. His mother was a secretary and his father worked at the docks. His family were not well off but they were not on the bread line either. He attended a Catholic school when he was growing up.

His career as a music producer began in his early twenties. He had no formal training as he had dropped out of college a few years before. He was friends with a songwriter who got him a job cleaning in a music studio. From this position he was able to work his way up to jobs in the studio that involved the production of music. He became a recording engineer in the 1970s and almost immediately began to work with famous artists such as John Lennon and Bruce Springsteen. Although he enjoyed his work as a recording engineer it became his ultimate aim to be a music producer and this was something that he achieved just a few years later.

It was his work on the Patti Smith album Easter that really raised him into prominence. After this he went on to work on some of the best known albums of this era including U2’s Rattle and Hum and Making Movies by Dire Straits. During the eighties he also became involved in producing music for movies. All of the music that was used in the 1984 hit Sixteen Candles was supervised by Iovine. He also had a similar role in the movie Scrooged which was released in 1988.

The work that he did on albums during the seventies and eighties made him one of the most sought after producers in the world and he is now able to pick and choose the artists that he wants to work with. While he probably does not make these decisions based on money, the fact that he is working with some of the best-selling musicians in the world means that his work as a producer is likely to continue earning him an impressive salary for many years to come.

His career developed even further in the nineties when he co-founded his own record label called Interscope. In 1999 this label was involved in a merger and it became known as Interscope Geffen A&M Records. Iovine remained as President of the company until 2014 and this was another stream of income that helped contribute to his net worth. Through his work with Interscope and subsidiary labels he has helped to launch the career of some of the most successful hip-hop artists in the world, including Eminem.

His work in the music industry had turned into a very successful career and it had also earned him a fair bit of money. He decided to invest some of this money into a business opportunity alongside Dr. Dre and this was one of the most profitable decisions he ever made. The two men co-founded the company Beats by Dr. Dre which sold headphones and quickly gained 20% share of this market. This is virtually unheard of for a new company and so it was a very profitable venture. In 2014 the company was sold to Apple and Iovine was rumored to have made over $500 million from the sale. He was also offered a job at Apple which gives him a regular source of income. The exact details of this job have never been fully released.

In recent years he has been involved in several TV shows and the money that he has earned from these appearances has also contributed to his net worth. The project that he is best known for is his time as a judge on American Idol. He was a mentor on the show for two seasons. He signed some of the contestants that he worked with during this time to Interscope Geffen A&M Records and this increased his earnings even further. HBO made a documentary about Iovine and his relationship with Dr. Dre and other artists in 2017 and it is possible that he may have received some royalties from this show.