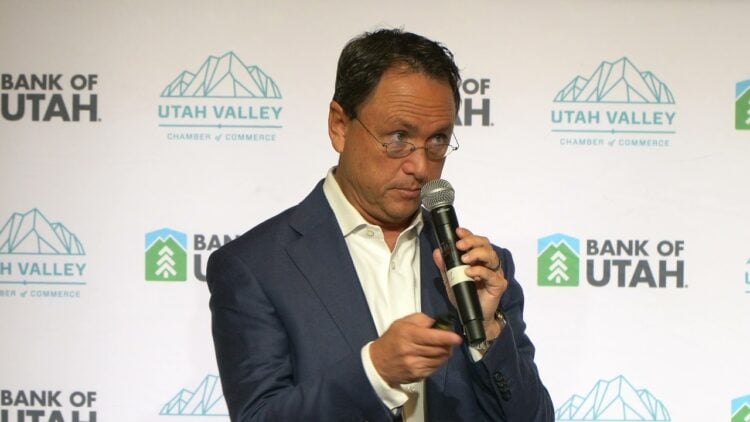 Brandon Fugal is certainly no stranger to having it all. As a matter of fact, he has a staggering net worth of $400 million, something that he has accomplished through a variety of different resources. Two of the most lucrative resources have been his work with Colliers International and his appearances on the History Channel. As you might have guessed, all of these different things have helped bring in a significant amount of money. If you’re curious about learning more, especially considering exactly how he has developed so much wealth while being involved in a number of different activities, keep reading.

Much of his money has come from work that he’s done with Colliers International, a high-profile real estate firm that handles real estate for a number of America’s most lucrative companies. That’s definitely saying something in and of itself. As it turns out, he has spent a number of years working in high-profile real estate, honing his skills at companies such as Cypher Corporation and Utah Realty Group. He was vice president of the latter and then went on to found Coldwell Banker Commercial and Ascend, all of which eventually merged with his current company (which he also founded), Colliers International. It’s worth noting that he still serves as the chairman of this latest company. Thanks to his efforts, the company is responsible for handling real estate for Charles Schwab & Company, Novell, Workers Compensation Fund and Northwestern Mutual Life Insurance Company.

As you can see, this also means a lot of lucrative real estate deals that are handled on a daily basis and he is the beneficiary of each one, considering the fact that he founded the company and still has a major stake in it. As a direct result, a great deal of his net worth comes directly from these efforts. There’s no doubt about it, he’s definitely learned how to make sure that he has more than enough income to secure his future. Truth be told, he’s got enough to secure his and that of several others as well. If you think that this is the only thing that he’s involved in, think again. In reality, he’s also got another rather lucrative gig going on, one that you probably wouldn’t expect. Nevertheless, it’s something that has continued to add a fairly significant amount to his net worth for some time now.

Chances are, you’ve at least heard of Skinwalker Ranch. It’s been a major part of both Native American and American folklore for decades. It has a lot of history behind it and it has a tendency to get people’s curiosity to peek in a very short amount of time. Legend has it that there are all kinds of spirits that exist on Skinwalker Ranch and the things that happen there just don’t happen anywhere else. As you might have already guessed by now, he also owns this ranch, having purchased it in 2016. If you’re wondering how that adds to his net worth, the formula is a relatively simple one. People are drawn to the folklore and the reports of things of a spiritual nature that typically occur there. As a result, people are always trying to get a better look at the ranch. As a matter of fact, a number of people have tried to gain access to the property without permission.

Eventually, the History Channel decided to do a regular show on the ranch and of course, Fugal is a major focal point of that program since he owns the property. That adds money to his net worth because the History Channel made a deal with him to pay him a set number of dollars in order to do the show. Things get a little muddy when you start trying to figure out exactly how much money he makes from his appearances on this program, but there’s no doubt that it adds to his net worth. The History Channel wanted to do this type of program very badly and Fugal is not a fool when it comes to financial matters. He simply wouldn’t have agreed to do the show if it hadn’t come with a significant payday.

Of course, you don’t end up making this much money by only being involved in one or two things. He’s always had something of a love affair for aviation and he’s turned that into a lucrative business as well. That comes in the form of developing another successful endeavor, Aero Dynamics, Inc. Once again, he’s found a way to turn his love for something into a popular money making business. You might say that it’s actually the secret to him gaining a net worth of $400 million. It all comes down to him zeroing in on the things that he’s truly interested in either doing or learning more about and then finding ways to turn those things into money-making endeavors.

When you look at it this way, it’s easy to see how he’s managed to make so much money. A lot of people have a tendency to say that they don’t really feel like they’re working as long as they’re doing something that they truly enjoy and this couldn’t be more true. When you’re involved in something that you really enjoy doing, work doesn’t tend to feel repetitive, nor do you tend to feel like you have to be involved in doing things that you’d probably rather not be doing in the first place. That in turn makes it a lot easier to do whatever you need to do in order to put forth the effort required to turn a business into a truly successful endeavor. There’s no doubt about it, Fugal has definitely figured out how to take the things that he’s most interested in and make money directly from them, something that most other people would do well to learn for themselves. At the end of the day, all of these efforts combine to help him achieve a net worth of $400 million and counting. He is still directly involved with all of the activities discussed herein, and as far as he’s concerned, there’s no need to even think about slowing down. As such, there’s no telling how much his net worth could eventually become throughout the coming years.