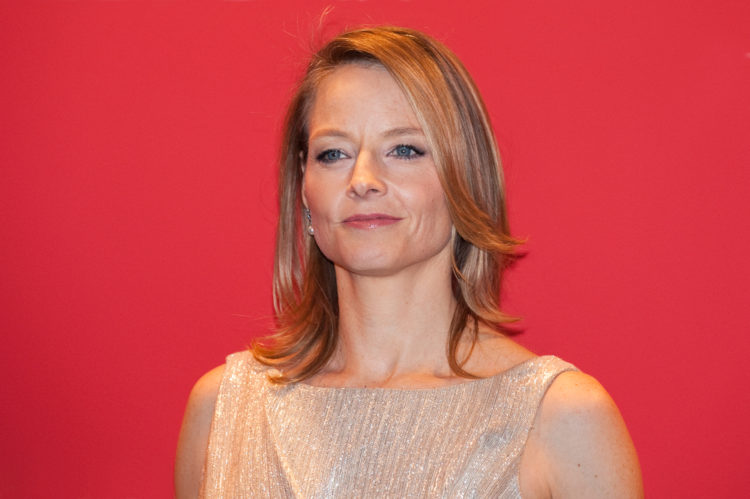 If we were to talk about an acting GOAT, Jodie Foster’s name would definitely be thrown in the mix. After all, there aren’t many actors out there with an asteroid named in honor of them—that’s Asteroid 17744 Jodiefoster in Foster’s case. Foster’s career has been a literal lifetime of achievement, and behind that has been hard work and true genius. Foster’s career is a goal for many aspiring artists, and her net worth is definitely part of that goal too. Foster has managed to accumulate a net worth of $100 million throughout her career, and this article will examine just how.

Jodie Foster was born Alicia Christian Foster on November 19, 1962 in Los Angeles, California. Foster came from a wealthy family, and she was exposed to the industry at an early age. By the time Foster was only 3 years old, she was already known as the Coppertone girl from the TV commercials during that time. Sure enough, that simple introduction to the television world propelled her career quickly. She appeared in more television advertising after Coppertone before she landed several roles on various television shows. Foster was only 6 years old during her first TV sitcom gig. By the time she was 10 years old, Foster already had over 20 acting gigs under her belt—not counting the commercial work she did.

Although Foster’s talents were recognized early on, she didn’t become an acting sensation until her teenage years. Much like other child actors, Foster and her mom were concerned that she wouldn’t be able to transition into adult roles properly, so they decided that they would venture into adult films earlier in Foster’s career. In 1976, Martin Scorsese caste Foster as the child prostitute Alice in the film Taxi Driver. She was only 12 years old at the time, and there were many complications involved in the filming of that project. However, Foster finished the project and solidified her standing as one of Hollywood’s best future stars. She received an Academy Award nomination for Best Supporting Actress for that role. She starred in many other films during this time including some favorites such as Bugsy Malone and Freaky Friday.

Being the genius that she was, Foster focused on education and attended Yale University beginning in 1980. Her career slowed down a bit while she was in college, but that time in her life was pivotal in her acting career. College changed the way she viewed acting. After graduating in 1985, she still struggled to find work, but it was around this time when Foster started to dabble in directorial work. Her first directing job was for an episode of Tales from the Darkside in 1988. It was also during this year when she finally made a breakthrough film as an adult. The Accused was going to be her last effort into establishing a career as an actress. After a series of failed or moderately successful projects, Foster was ready to go back to school to pursue a graduate education. The Accused received critical acclaim, and Foster’s performance in the film garnered a few nominations and a Golden Globes win.

Success in the 90s

Foster’s success in The Accused was the beginning of a series of hit films that began with the one role that Foster is mostly associated with. The Silence of the Lambs has become a cult classic, and it was one of the biggest movies of its time. For her portrayal of the lead role Clarice Starling, Foster won an Academy Award, a Golden Globe, and a BAFTA. Foster capitalized on her film success to explore other types of films in her career. During that same year in 1991, Foster also released her first full-length film as a director. The film was Little Man Tate, and it received moderate success in the box office.

Apart from the financial gain she’s achieved up to this point during her career thus far, Foster also made money from her own production company, Egg Pictures. Egg Pictures operated as a subsidiary of PolyGram Filmed Entertainment. Some of the film projects she released under Egg Pictures include Nell and Home for the Holidays. While she was directing, Foster also continued to act in films. Some of her more successful films during this time include Sommersby with Richard Gere and Maverick opposite Mel Gibson and James Garner. She also continued to receive multiple awards both for acting, directing, and for her work in the entertainment industry. It was also during this time that we saw Foster in some of her best roles including Contact and The King and I.

During the early 2000s, Foster continued to make outstanding films. The suspense/thriller genre seemed to be her forte during this time in her life. Foster starred in blockbuster films, which included Panic Room, Flightplan, Inside Man, and The Brave One. She also produced an episode of The Walking Dead and provided the voice for Maggie in a few episodes of The Simpsons in 2009. Her talent has been clear from the beginning of her career, and it has only improved and expanded over the years.

It was clear by the end of 2010 that Foster wanted to concentrate of directing more than acting, as she started to act on fewer films. She’s directed both film and television shows—some of which include episodes for Orange is the New Black, Black Mirror, and Tales from the Loop. She also continues to act from time to time, and some of her latest projects have included Hotel Artemis. Foster has received much recognition throughout her career, and she continues to make a difference in the industry as a whole. Her net worth is only a small reflection of what she’s contributed to the industry, and she continues to contribute in the most positive manner to this day—this at 57 years old to date and having been active in the industry for about 54 years.

How Kyle Richards Achieved a Net Worth of $50 Million