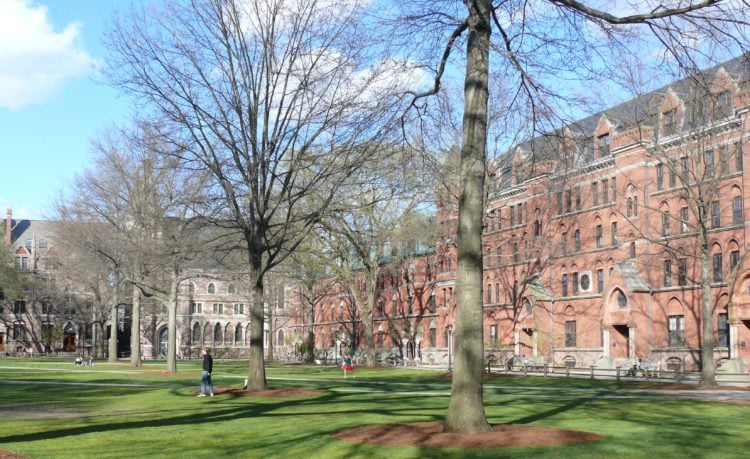 For most of us, it is not until we have stepped out of college that we begin thinking of what jobs our education will grant us. Maybe it is our mindsets that prevent us from venturing into a business early, or perhaps we fail to believe in our many ideas. Whatever the problem is, these 20 most notable Yale University alumni in the business world will prompt you to follow your passion and believe in your dreams. After all, every dream is valid.

Wendi is a businesswoman whose life started in China as a poor kid although her parents were engineers. Her rise to fame came from being married to Rupert Murdoch, Wall Street Journal owner, who opened up doors through enabling her to network with various power players as well as brokering deals in China. Wendy is a shrewd businesswoman who has made investments in Snapchat, Uber and Warby Parker. Her rise to the top has not been without scandal such as being accused of espionage and illicit affairs with various men including Tony Blair.

Norman is the founder of Foster and Partners which operates in over 20 countries. Norman won the Pritzker Architecture Prize in 1999 and 2009; he received the Prince of Asturias Award, which goes to show how prolific the architect is in entire Britain. Besides being the second British architect to be awarded the Stirling Prize twice, Norman is determined to make a new generation of architects who can anticipate the future.

Ben, the CEO of Pinterest is currently worth $1.6 billion. Once an employee at Google’s department of sales, Ben decided to leap into the entrepreneurial world by designing iPhone apps with Paul Sicarra, a college friend. The project failed, leading to the birth of Pinterest which took time to gain traction but today boasts of more than 20 million users. In June 2017, Pinterest was valued at $12.3 billion and Ben, who has greater voting rights than other investors, will continue to have those extra voting powers for 90 to 540 days after his death.

Until her stepping down as Pepsi’s CEO, Indra was among the few women who led firms in the S&P’s 500. So much was her competence in being at the helm of Pepsi that the White House considered her to be the World Bank President. Indra worked at Pepsi for 12 years where she oversaw the company expand the product offering to have healthier foods. However, her tenure did not come without controversies, and Pepsi was accused of having deceptive marketing practices. Health advocates wanted the sugar and salt in the foods reduced, and Indra was working towards the reduction by 2025.

Janet is the first woman to be the chairperson of the Board of Governors of the Federal Reserve System of the United States. She is an American economist who received her Doctorate in economics from Yale University. According to Janet, President Trump has no idea of macroeconomic policy or why it is important for American citizens to be confident in the Central bank. Although she did not say it while working for the President, Janet did not waste her time mincing her words about her thoughts of the president’ understanding of macroeconomics.

Jim is the president of Kynikos Associates with the word” Kynikos” being a Greek word that translates to cynic; we should therefore not be surprised that he almost always sees the worst of things. The company is among the leading short selling hedge funds in the world. His recent bets have been against Tesla and Elon Musk saying that Tesla’s recent management turnover is a bad omen and that musk is overpromising investors, as CNBC reveals. Jim gained fame for the correct predictions against Enron. Corp.

Stephen is among the richest men in the world with an estimated net worth of $12.4 billion by the end of 2018, down from $12.9 billion in March 2019. In 2017, he was ranked 117 on the Forbes World Billionaires list, and this is all thanks to a private equity firm, The Blackstone Group in which is the CEO and co-founder. The Blackstone Group is the largest alternative investment company worldwide. Besides attending Yale University, he continues to be an adjunct professor at the University’s School of Management. For his work in supporting the US-Mexico-Canada agreement, Stephen received the order of the Aztec Eagle from President Enrique Nieto.

If there is someone who has a made for himself for taking advantage of people’s misfortunes, it is Wilbur Ross. He is “The King of Bankruptcy” since he buys out collapsing companies, makes them profitable and sells them for a considerable profit. Wilbur wanted to be a writer, but at Yale, a class requiring him to write 500 words daily of fiction made his creativity come to a halt, and he decided to shift to the financial sector. He is currently the United States Secretary of Commerce; maybe a position that Trump gave him in return for helping him keep control of his casinos in the 1980s.

Steven Brill is not only a lawyer; he also is a journalist entrepreneur behind Court TV and The American Lawyer. Steven founded Court TV in 1989 but launched it in 1991. Steven has a passion for journalism, and in 2017 he was almost done raising money, $6 million, to launch NewsGuard. The startup aims at helping users know which news source they can trust based on content ratings by qualified and accountable people, not algorithms.

Seth’s need for a beverage that quenched his thirst while protecting the environment led to him becoming the founder of Honest Tea Company. Recounting how the company came to be, Seth, along with Barry Nalebuff, his professor at Yale University, have taken the beverage to new heights. Seth’s appreciation for tea came from spending time in Russia and China, and Honest Tea Company manufactures tea from real tea leaves, unlike other firms that use syrup or powder. The company has had some hiccups such a bottling crisis which would have resulted in them losing a major client, Whole Foods. By 2017, the company was valued a little less than $1 billion.

Donna is the CEO of Numenta and director of the firm since December 2018. Her first job was at Apple in the marketing department, but in 1992 she teamed up with Jeff Hawkins to start Palm Inc. the duo sold Palm Inc. in 1995 to U.S Robotics for $44 million. Donna and Jeff left 3Com, the company that had swallowed U.S Robotics and they once again established a new company, Handspring in 1998. Besides graduating from Yale University, Donna is also serving at Yale University’s board from 2006 and 2018.

It seems like most people act before they land on jobs that pave the way to a career they want. Bing was an actor for a while before becoming an account executive at Ogilvy and Mather. In 1982, as Electronic Arts was on its initial stages of establishment, Gordon joined the company in its marketing department. He continued bringing his creativity to the firm, and by 1998 he was the Chief Creative Officer and later rising to be the Executive Vice President. Gordon is currently with Kleiner, Perkins Caufield & Byers as a partner for the venture capitalist firm. Further, he is on the President’ s Council of Yale University where he earned B.A degree.

Rob had always been intrigued by technology and in 1981; he founded his first company called Ivy Research which made games for IBM PC, which was then newly launched. Glaser worked for Microsoft for ten years where he held executive positions such as Vice President of Multimedia & Consumer Sytems. Glaser then left Microsoft to establish RealNetworks which produced RealAudio, the pioneer commercial audio streaming for the internet. In 1993 Glaser founded Glaser foundation which supports various causes including global education, animal rights, health among others.

The CEO of FedEx came up with the idea for his company when writing his term paper at Yale University in 1965. However, he did not launch the company; he went to serve in the Marines and founded the firm in 1971. FedEx, as with most companies had a bumpy start and lost $29 million in the first six months of operation but Fred was determined to see it prosper; he went to gamble in Vegas and fortunately won $27,000 which was enough to keep the component from shutting down. Although Amazon and other competitors launch their delivery services, the company keeps making high sales averaging $65 billion per year. Fred is currently worth $4.4 billion and was number 478 in Forbes Billionare list for 2019.

While most of us would kill for an opportunity to work at World Bank or Google, Max had both chances, and he left them all to pursue his passion for education. At the World Bank, he designed databases but left to establish a software firm. Max also worked at Google as a Senior Associate in monetization strategy but resigned in mid-2007 to cofound Aardvark, previously known as Mechanical Zoo. His current project is Altschool that focuses on personalized learning. He raised venture capital amounting to $33 million in 2014 and 2015; the school raised $100 million. It is clear whatever Max sets his mind on he has to achieve it.

After graduating from Yale University, Seth worked at IBM’s Corporate Development Group. He was a co-founder as well as CEO of Meebo which was later acquired by Google. Meebo enabled instant messaging through the web and by the time Google acquired the firm, it had reached nearly half of the internet population in the United States. Seth joined the Google workforce as Product Director and today, he is the co-founder and CEO of Honor and Honor Care Network. Honor is a home care company while Honor Care Network is a home care agencies’ pioneering national network.

Sander is a co-founder of Thumbtack which he started along with his two friends while at Yale University as a second-year student. Thumbtack is a platform that enables linking customers with the right professionals for the job, be it a plumber, personal trainer or painter by searching through the over 100 categories. The trio started the company in 2009 and has enabled professionals to grow their business which translates to over $1 billion across the various fields. Some of the investors include Tiger Global Management, Google capital, Javelin Investment partners and Sequoia Capital.

Matthew is the co-founder of general assembly, which is technology and design training hub offering courses in real-world skills. Besides being a Yale graduate, Mathew was a consultant on a digital strategy for Yale’s Open courses. He also has worked for Apple as campus representative and co-founded DayBreaker. He believes in helping others achieve their goals and has established the Opportunity Fund to help anyone have a career which they love so long as they work hard at it and it is their passion.

Justin is not just the CEO of Atrium; he also co-founded Justin.tv and Twitch.tv which are live video platforms. His entrepreneurship skills also led him to co-found Socialcam, a mobile social video app. In 2012, Justin launched Exec which enabled anyone to outsource for $25 per hour. The company, which Justin had started with his brother Daniel and Amir Ghazvinian, a Stanford Graduate, was bought in 2014 by Handybook.

In 2009, Tom Lehman along with Mahbod Moghadam and Ilan Zechory founded Rap Genius which is now known as Genius. Genius is a digital media company that permits users to provide interpretations and annotations to song lyrics, poetry, sources, documents and news stories. Tom Lehman started Genius when he was working full-time but believed that among his many ideas, one had to take off, and it did. 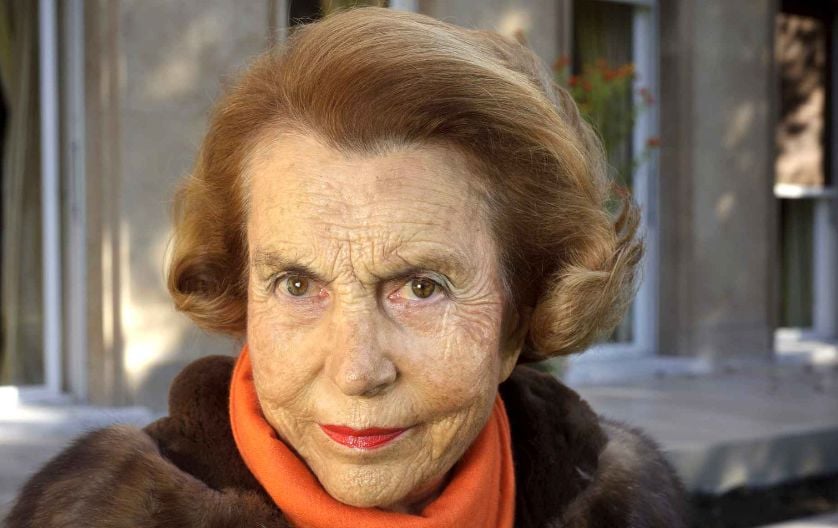 When it comes to wealth matters, men are often dominant in… 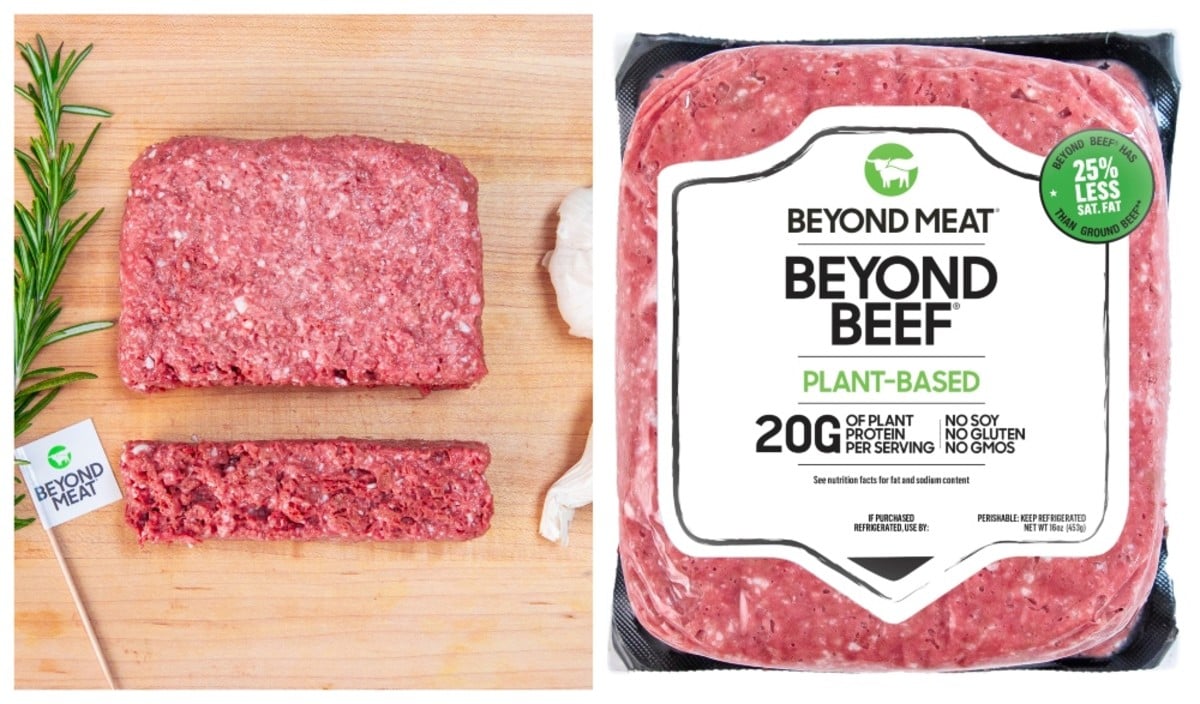 There has recently been a fair amount of discussion about the… 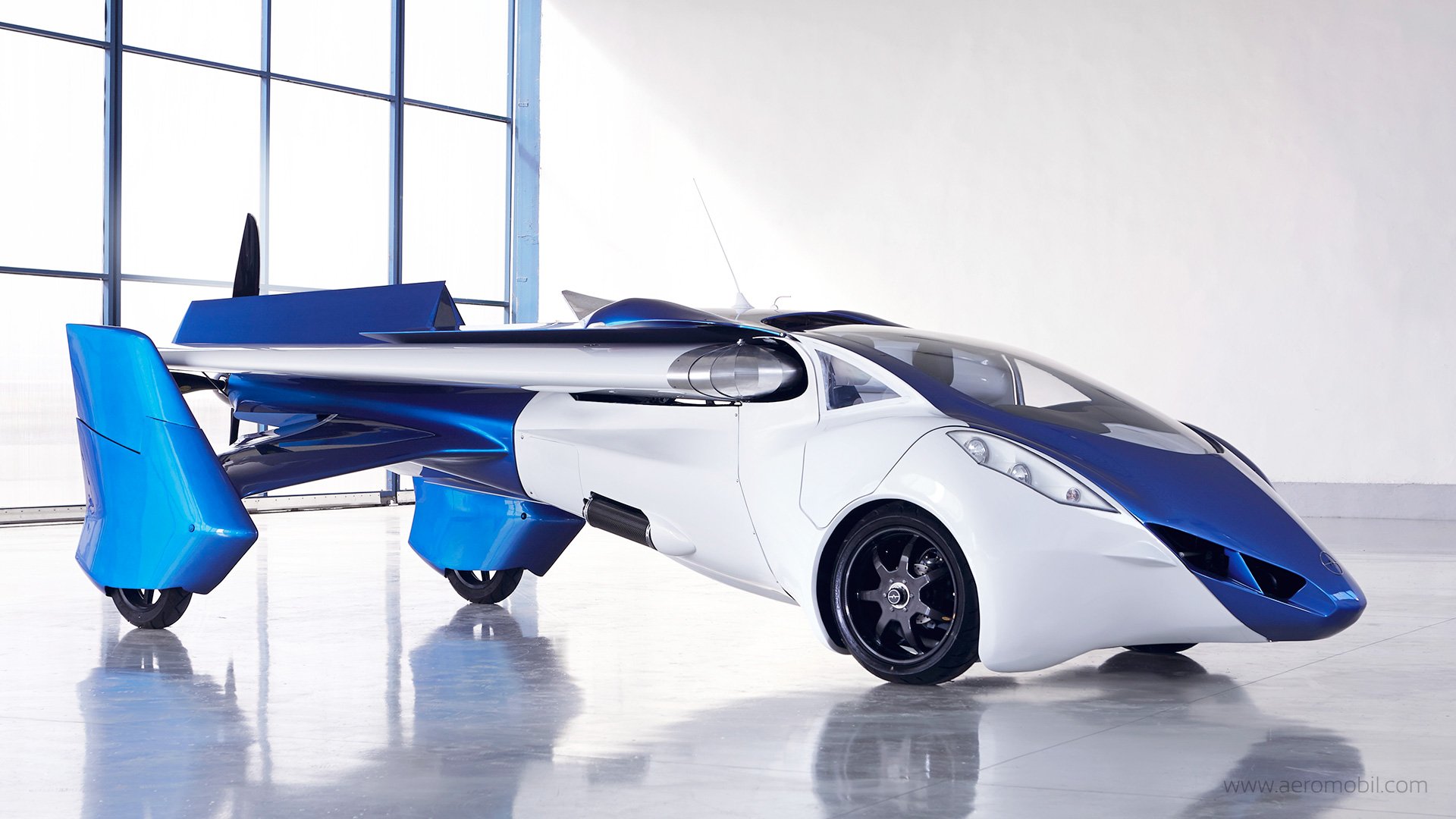 It’s a question that future-thinking people have asked for many years…. 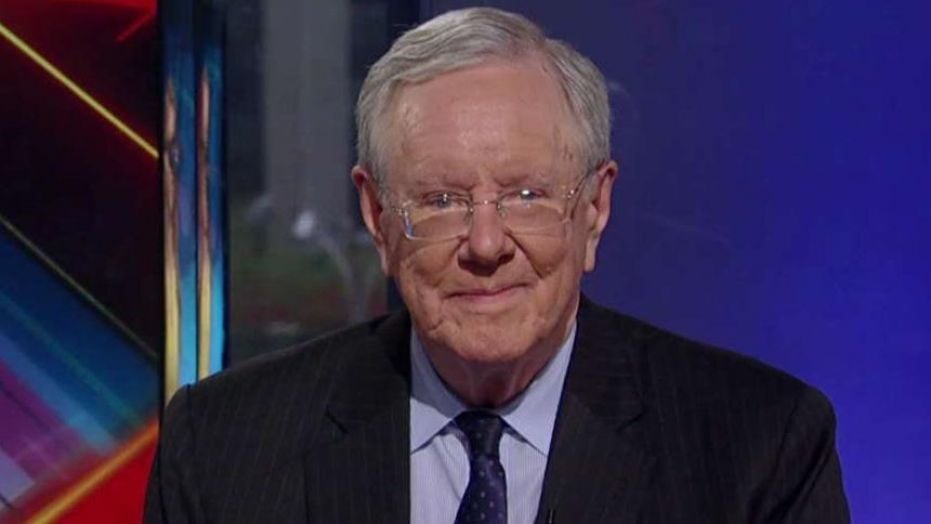 Over the years, the name “Forbes” has become synonymous with business… 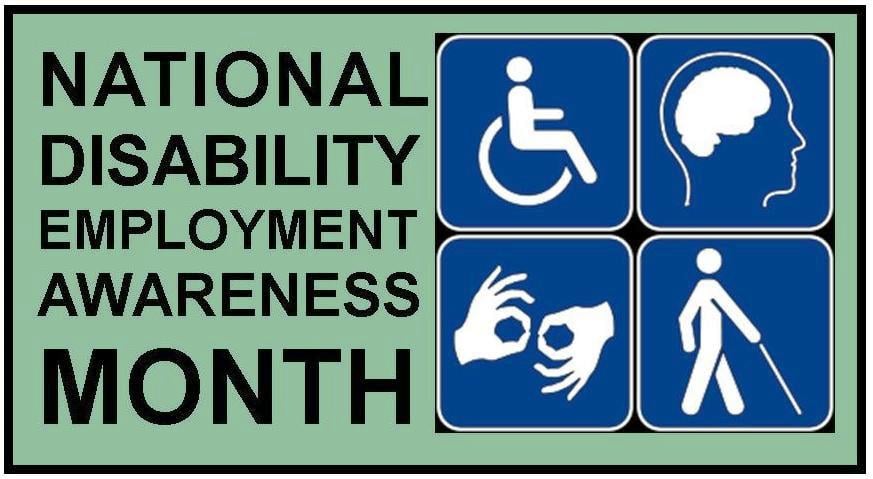 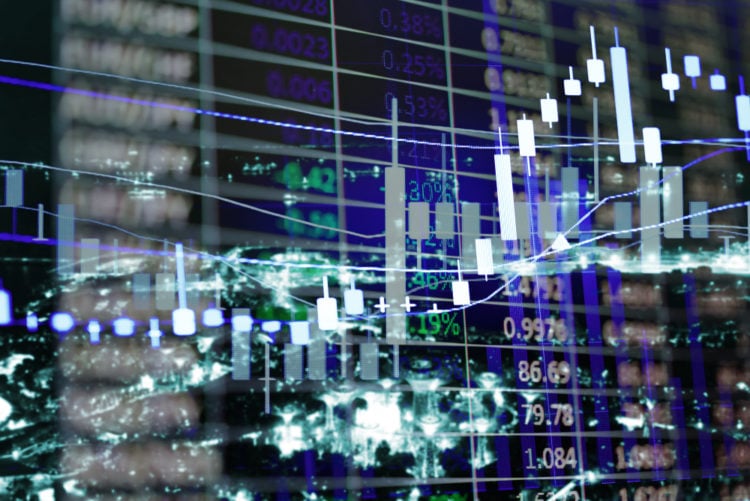 Totango is a global analytics firm that has recently made The…