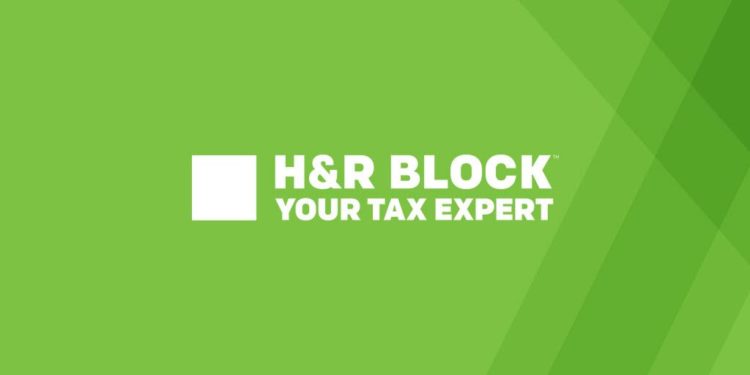 Founded in Kansas City and still headquartered out of Kansas City, H&R Block is an American corporation that specializes in the preparation of tax returns for both consumers and commercial clients. However, it is interesting to note that H&R Block offers other products and services for interested parties as well, with examples ranging from payroll services to even consulting. On top of this, there were times when H&R Block offered an even wider range of products and services because over the course of its operations, it has purchased and then sold off a surprising number of companies. Regardless, H&R Block started out in tax preparation and remains most well-known because of that particular field, where it has been so successful that it has offices in not just the United States but also three other countries. Here are 20 things that you may or may not have known about H&R Block:

The H and the R refer to Henry W. Bloch and Richard Bloch, the pair of brothers who founded H&R Block in 1955. There was a third brother named Leon Bloch who was involved as well, but he decided to get a law degree instead before Richard had even gotten involved.

2. Started Out As the United Business Company

Initially, the business that would become H&R Block was called the United Business Company, which makes sense because Richard wasn’t involved until later. From the start, the business was involved in bookkeeping for small businesses, but its failure to secure a significant clients was what prompted Henry to seek help while Leon changed focus to studying law.

3. Henry and Richard Started Working Together Because of Their Mother

When Leon left, Henry made a choice to seek out help by posting an ad in the newspaper. Amusingly, the ad worked but perhaps not in the manner that he had intended. What happened was that his mother had seen the ad before contacting him to tell him to bring his brother Richard onboard, thus resulting in the partnership that would go on to form H&R Block.

4. Initial Success Was Based On Another Newspaper Ad

Once Henry and Richard had teamed up, they decided to make use of the newspaper for advertising purposes a second time. This time, their intention wasn’t to secure further help but rather to make their services known to potential clients. As it turned out, their pitch of $5 for tax services met with an enthusiastic response, which was how they managed to secure enough clients to make themselves secure. From that point on, the path to success for the two brothers became much steadier, though that isn’t to say that it wasn’t without its share of perils and other potential pitfalls.

5. The Block Is a Reference to Bloch

The “Block” in H&R Block is a reference to Henry and Richard’s family name of Bloch, which is sometimes said to be a changed form of Wallach. However, Henry and Richard made a choice to use “Block” rather than “Bloch” because they were concerned that people would pronounce the “Bloch” as “Blotch,” which would have been very detrimental for their marketing efforts. To combat this problem, the two decided to spell their name with a “k” rather than a “h,” thus resulting in what is now H&R Block.

H&R Block proved to be so successful that the two brothers were able to open up their first regional office in 1956, which was located in New York City. However, neither Henry nor Richard was willing to move out to New Year City for the purpose of running the new regional office, which would have removed them from their native Kansas City. As a result, the two brothers made a choice to sell the regional office, thus resulting in what would become H&R Block’s first franchise. Something that contributed much to the business’s success because franchising is a practice that can help businesses expand much faster without exposing themselves to excessive levels of risk than otherwise possible.

In 1980, H&R Block bought out CompuServe, which was the first major provider of online services to commercial clients in the United States. As a result, CompuServe has had a fair amount of influence over the online service providers that followed in its footsteps. For example, it was the one that introduced the GIF format for pictures, which still sees use in modern times. Likewise, it was responsible for offering a number of online games, which served as predecessors to modern MMORPGs. With that said, CompuServe still exists in a much-reduced form under the corporate umbrella of Verizon, which is the result of H&R Block choosing to sell it to AOL in the late 1990s.

8. Cooperated with the IRS to Launch E-Filing

By 1986, H&R Block was handling more than 10 million tax returns on an annual basis. This made it a significant provider of tax services, so much so that it cooperated with the IRS to launch e-filing at around that time. The IRS introduced e-filing in 1986 because it wanted to reduce its operating expenses, with an excellent example being its reduced need to use up huge volumes of paper. However, it should be mentioned that new features have been added on to the e-filing feature since that time, meaning that what is referenced here isn’t quite what most people would be used to in the present.

In 1993, H&R Block bought out MECA Software. Presumably, this was because of MECA Software’s TaxCut software, which was a natural product of interest for H&R Block considering its services. This impression is strengthened by the fact that H&R Block eventually went on to sell MECA Software in 1995 while holding on to TaxCut. As a result, TaxCut is a name that still sees use in H&R Block’s tax-filing software.

This can sound rather strange, but at one point in time, H&R Block went into financial services. In other words, there was a period when H&R Block was offering home mortgages as well as a number of other financial products and services to interested individuals. With that said, H&R Block has since sold off the units that offered some of its financial products and services in preference for focusing on its core competencies, which managed to fetch rather respectable sums.

11. Has Had Some Tax Problems

Amusingly, H&R Block has had some problems when reporting its own income. For example, it had some issues accounting for some of the more complicated transactions involved in its corporate tax accounting, with the result that it overstated its earnings in 2003 and 2004 by more than $90 million. Furthermore, it revealed that it owed $32 million in back taxes in 2004 and 2005 because of miscalculating its state income taxes. With that said, accountants being accountants, H&R Block was smart enough to reveal these errors, which is critical for restoring confidence in the wake of errors in the field of accounting.

12. Might Be Looking to Expand in the Near Future

There have been some indications that H&R Block might be looking to expand its range of products and services in the near future. In short, the current head of H&R Block is Jeff Jones, who came over to the corporation from Target Corporation and Uber. Jones has stated that he sees H&R Block as a financial services company as well as a retail company, which was combined with a statement that he was planning to see it continue to grow.

13. Has a Lot of Seasonal Employees

H&R Block has a significant number of regular, full-time employees. However, it is perhaps unsurprising to learn that it has numerous seasonal employees as well. After all, tax time is something that happens once on an annual basis, meaning that there is a huge surge in demand for H&R Block’s services at around that time compared to the rest of the year. Due to this, seasonal employees are the most sensible choice for H&R Block to meet its manpower needs without breaking its budget in the process by maintaining a huge number of full-time employees that it doesn’t need the rest of the time.

14. Has a Sense of Corporate Social Responsibility

Henry Bloch is still alive, though he is in his 90s. Currently, he holds the position of Chairman Emeritus for H&R Bloch. As a result, while he isn’t actually involved in running the corporation that he co-founded, he retains the title as a special honor. Something that makes a fair amount of sense considering his role in raising up H&R Block to where it is now.

17. Henry Has a Number of Things Named For Him

Besides business, Henry has been involved in various philanthropic works as well. As a result, there are a number of buildings in various places named for him. For example, Kansas City has a fountain situated in front of its Union Station that bears his name. Likewise, the Kansas City campus of the University of Missouri has a School of Management named for him, while the Nelson-Atkins Museum of Art in the same city has a building named for him as well.

In contrast, Richard Bloch left H&R Block a long ago, seeing as how he sold his stake in the corporation in 1982. By that point in time, Richard had changed focus to something that was even more important to him, which makes sense because of what had happened.

In short, Richard was diagnosed with lung cancer in 1978. It was said that the lung cancer was terminal in nature, but instead of giving up, Richard continued to seek out treatment for his condition. As a result of aggressive treatment, Richard’s lung cancer went into remission after two years, though he was much affected by the experience. As a result, Richard started dedicating more of his time as well as more of his other resources to combating cancer via cancer research as well as other initiatives. Later, Richard was diagnosed with colon cancer in the late 1980s, which he managed to overcome as well. In the end, it wasn’t cancer that killed Richard in 2004 but rather the failure of his heart.

20. Known For Its Marketing Campaigns