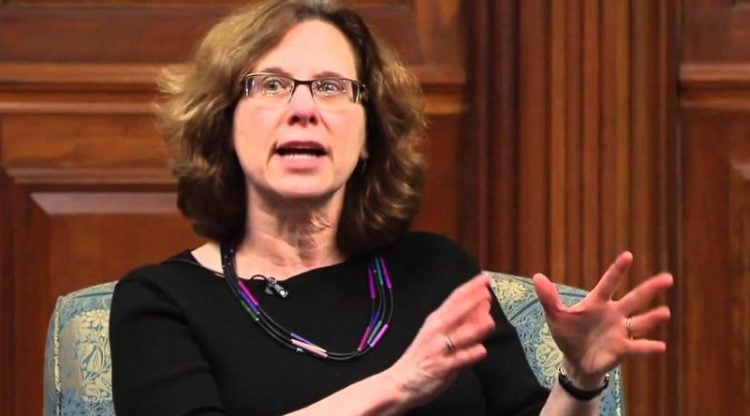 Donna Dubinsky is an American businesswoman whose name should be familiar to more than a few tech enthusiasts out there. Primarily, this is because she played a key role in the development of PDAs. However, it should be noted that Dubinsky remains very much involved with the tech industry, with machine intelligence being a particular point of focus.

1. Grew Up in Benton Harbor, MI

Dubinsky was raised in a city called Benton Harbor that can be found in the state of Michigan. In short, Benton Harbor was founded upon swampland sitting besides the Paw Paw River, thus explaining the “harbor” in its name. As for the “Benton,” that is a reference to Thomas Hart Benton, a Senator from Missouri who made a major contribution to Michigan’s effort in securing the status of statehood.

Education-wise, Dubinsky went to a couple of very prestigious schools. To be exact, she studied history at Yale University. After which, Dubinsky spent some time working for a bank before going on to study business administration at Harvard University.

Upon graduating from Harvard University, Dubinsky winded up at Apple, where she worked in marketing. At the time, she didn’t have a great deal of technical knowledge about personal computers. However, she nonetheless recognized their immense potential, which is why she decided to get involved in said industry. In time, Dubinsky’s involvement with Apple led her to a high-ranking leadership position with an Apple subsidiary called Claris, which provided her with much business expertise and experience.

4. Joined Up with Palm Inc.

In 1992, Dubinsky joined up with Palm Inc., which had just been founded by Jeff Hawkins. Hawkins’s role was to turn the prototype of the hand-held electronic organizer that he had shown Dubinsky into something that could be sold to interested individuals. Meanwhile, Dubinsky’s role was to focus on the strategic side of things, which included raising funding for their operations as well as bringing the resulting product to market. They were successful, as shown by how they managed to sell Palm to U.S. Robotics for $44 million in 1995.

Later, U.S. Robotics was devoured by 3Com. Unfortunately, Dubinsky, Hawkins, and the Palm marketing manager Ed Colligan were unhappy with 3Com’s plans for Palm, which convinced them to co-found Handspring  in June of 1998. Soon enough, Handspring managed to find success. However, its fate was to be merged with Palm Inc. to form palmOne, which in turn, winded up being renamed Palm Inc. in 2005. As for the fate of Palm Inc., it was sold to Hewlett-Packard in 2011, which dismantled it after poor sales of its products. However, some people might be interested to know that the Palm brand has since been revived as simplified, “ultra-mobile” smartphones under new ownership.

In 2005, Dubinsky, Hawkins, and one other individual co-founded Numenta, which was interested in the subject of machine intelligence that has become more and more prominent in recent times. It is interesting to note that Numenta’s efforts in this field are based on its understanding of the neocortex, which refers to the part of the mammalian brain that is responsible for higher-order functions. Currently, Dubinsky is serving as Numenta’s CEO, which is perhaps unsurprising considering her previous roles at previous companies.

7. Involved in a Passion Project

Numenta is very much a passion project for Hawkins, seeing as how figuring out the functions of the human brain has been a dream for him ever since he was a young man. Something that is true for a lot of people out there, not least because our modern understanding of the human brain suggests that it has such a close connection with who we are on the most fundamental level. With that said, it seems pretty safe to say that Dubinsky is pretty enthusiastic about this as well, seeing as how she sees biotech as the next frontier.

Although Numenta is very focused on understanding the human brain, it isn’t very interested in using said insight to create products for consumers as well as other end users. This is because Numenta is a business that licenses out its findings rather than focusing on coming up with practical uses for them.

9. Favorite Cause Is Voter Turnout

Interestingly, it turns out that Dubinsky’s favorite cause is voter turnout. In short, she believes that the problem is that younger voters aren’t voting enough, which is an observation that a wide range of other people and other parties have made at various points in time. Due to this, the people who get elected tend to prioritize the interests of older voters at the expense of younger voters because that is how they can get elected as well as stay elected. Something that is causing problems for the system as a whole because one segment of voters is being favored to the neglect of the others.

10. Believes in Balancing the Interests of Stakeholders

When it comes to Dubinsky’s thoughts on effective management, most of her principles are pretty common. For example, she believes that integrity is critical for good management, which is a very widespread opinion because managers who fail to lead by example on this particular issue tend to have less than reliable employees. Likewise, Dubinsky believes in the importance of communication, which is another point that gets a great deal of emphasis in business schools. However, one of Dubinsky’s most interesting opinions is that businesses need to balance the interests of their stakeholders, which means pretty much everyone who stands to be impacted by a business’s decisions. In other words, stakeholders aren’t limited to shareholders, seeing as how they also include everyone from employees to customers, suppliers, and even local communities.