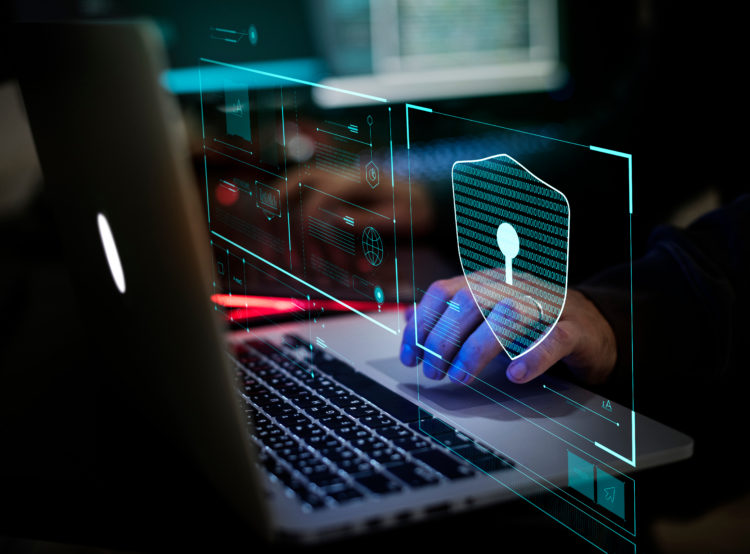 Acronis, also known as Acronis International GmbH is a global technology company that specializes in cyber-security and data backup. This is a simplification of the products and services that the company has developed in-house. There has been a recent explosion of new and innovative technology coming out of Europe and Acronis has forged ahead in the tech industry as a newly emerging startup that has made significant progress in this arena. The far-reaching company has an interesting history and it offers protection that has become a necessity for anyone who conducts online transactions. Here are 20 things that you didn’t know about Acronis that may be of interest and of value.

Acronis International GmbH was founded by Serguei Beloussov, Max Tsyplyaev, Stanislav Protassov, and Ilya Zubarev in 2001. The corporate headquarters for the tech startup is in Schaffhausen, Switzerland. Acronis is a company that is entering its 11th year of operation and it has reached a respectable status within the cyber technology and data protection arena.

Part of the success of Acronis is because the software that the company has developed offers a wide array of features and benefits. Acronis has established a solid reputation for providing on-premises developed and cloud software that provides secure file sync and share, data access, backup, and disaster recovery. There is little more frightening or frustrating than have the data for your company compromised, altered or lost. Acronic gives subscribers peace of mind in knowing that their sensitive systems and information are all protected.

3. Acronis is an international company

4. It started out as a division of another company

When the founders first developed Acronis, it was a part of the SWsoft company as a business unit. The four creators of the company that is now stand alone took it to a new level in 2003 and it was allowed to spin off into a separate and distinct entity. The original focus of Acronis was upon disk partitioning and boot loading software, but the focus changed to providing software for disaster recovery and backup using disk imaging technology.

In 2006, Acronic and SWsoft struck an agreement to resell the Acronis True Image Server for SWsoft Plesk 8.1 which is control panel software. this is a backup and recovery software that comes with dedicated hosting package, through service providers. This opened the software up to those who are involved with the provision of hosting packages to offer more in their premium packages.

As a part of the new startup’s strategic growth plan, Acronis purchased GroupLogic, Inc. This company specializes in apps for mobile devices and it was helpful in integrating Acronic into mobile devices which also includes Apple products. The software that GroupLogic Inc created was used to develop the Acronis Access Advanced product which is intended for mobile. Mobile smartphones are susceptible to viruses and hacking so it’s vital to protect your sensitive information from the prying eyes of hackers and cybercriminals who are out to steal identity and financial data. There is a huge market for mobile data security.

7. Acronis has made a total of five acquisitions

In addition to the purchase of GroupLogic, Inc., Acronis has also acquired four other companies to enhance the products and services that it has to offer. On December 10th of 2019, it purchased 5nine Software. The amount of the transaction has not yet been disclosed. Prior to that it bought the T-Soft company in August of 2018, nScaled in September of 2014, and BackupAgent in September of 2014.

8. Acronis is in the early stage of funding

The company has raised startup, development and expansion capital from two rounds of funding so far. On January 1, 2004, the first round of Series A funding closed raising a total of $11 million. The second round of Series A funding closed on September of 18, 2019, which was the most recent round. It brought in an additional $147 million for the startup which gave it ample resources to continue research and development of new products and services, and expansion into new territories. The total amount of venture capital funds raised to date is $158 million

9. Acronis has a total of 4 investors

Confidence is high in the potential of Acronis to generate high revenue amounts. The funding rounds have been led by Goldman Sachs which stands alone as the lead investor. It is joined by three other investors who show equal confidence. Insight Partners participated in one round, along with OpenView Venture Partners and ABRT Venture Fund.

Acronis is a company that is easy to find in engine searches because it falls neatly into a variety of categories. Searches that include keywords or phrases that contain cybersecurity, enterprise software, file sharing, artificial intelligence, cloud computing, blockchain, cloud infrastructure, information technology, virtualization, or privacy will yield a return. These are all relative terms to the services and products, or the types of technology that is used by Acronis. This shows us how complex the systems are.

11. Acronis is a privately held company

When searching for the IPO status of Acronis, we learned that it is privately owned. The firm has not yet filed for IPO and as of the writing of this fact sheet, there has been no discussion of going public and offering stock for sale on the common market. Acronic has no need to secure funding outside of its current group of investors and it is still in the infancy stages of fundraising. While many other companies are struggling as they move into late-stage funding rounds, Acronis has done very well with just the two Series A rounds. The likelihood of the company going public is slim in the foreseeable future.

12. Acronis has taken measures to protect its own property

Acronis has filed for multiple registered patents to protect the company from infringements from competitors who could possibly develop similar software products. We discovered that Acronis has taken steps to protect its intellectual property by securing 93 registered patents which are mainly categorized in the calculating and computing areas. In addition to this, the company has also secured 44 registered trademarks relating to its products and services within the scientific and electric apparatus and instruments category.

When it comes to value, current software companies have a lot of stiff competition, especially in the arena of cybersecurity and meeting the strict requirements set forth by consumer demands. Speed, user-friendliness and a full array of services are typical traits that are preferred. According to PC Magazine, Acronis’ True Image which offers file protection, fast performance, and full-disk backups has received extremely high reviews. The 6 pros associated with the product are local and cloud backup, full disk image backup and restore, fast upload speeds, excellent desktop interface, ransomware protection, adn file syncing. The only cons were that it’s a bit expensive, the web interface and mobile apps are slow and it lacks password protection for shared files. PC Magazine gives it an excellent review and a thumbs up.

Acronis’ products and services have become among the most widely used in the world. At present, Acronis software solutions and data protection are used in more than 145 countries and they are still expanding into new marketing territories. The company serves over 500,000 businesses and over five million consumers. The patent count has expanded from the original 93 and is at 100 that are currently registered and recognized. The solutions are powered by the Acronis AnyDate Engine and are distinguished by the use of the unique imaging technology developed by Acronis’ techs.

16. Acronis has partnered with Ingram Micro

Ingram Micro announced an agreement that it made with Acronis for expanded distribution of Acronis’ products. This contract places Ingram Micro as the principal distributor for Acronis in the United States of America. Ingram Micro updates the offerings of new products issued by Acronis as new and improved versions are developed and rolled out for distribution. The portfolio of data protection products is growing and covers cloud, physical, mobile, and virtual environments. This strategic alignment is a strong allegiance that is helping Acronis in its effort to expand into new markets throughout the world.

17. Acronis offers a range of choices for partners

Acronis sponsors a partner program that is twofold in purpose. It helps them to sell their products and it gives other businesses and individuals the opportunity to earn from commissions on sales. Many find this to be a lucrative offer that grants rewards for sales performance. They offer stackable profit margins, along with simple and rapid enablement. Acronis provides a brochure that details the three levels of partner participation with a detailed description of the benefits.

Co-founder Serguei Beloussov confirmed that there are plans underway for Acronis to continue acquiring new companies to add to the products and services that are currently offered. Part of the funds that were most recently raised will be used for the purchase of new companies.

19. Acronis has experienced a banner year

2018 was a year of tremendous growth for Acronis. Financial reports showed that the business had grown by twenty percent.

The leadership estimated that there would be more than thirty percent growth in the following year and that there would be a one hundred percent increase for the Cyber Cloud division of the company by the year 2020. Acronis had hit the ground running and was able to repay angel contributions that were made when it was in the seed funding stage of development, clearing the debt. Acronis has also established a sister company for the United States that is named Acronis SCS.

Acronis has joined an elite group of companies that have achieved the rare and exclusive unicorn status. Companies fall into this category when they reach the billion-dollar mark in their valuations. Co-founder and CEO of Acronis, Serguei Beloussov announced that the company reached this mark after receiving the latest round of venture capital funding. He would not disclose the precise valuation of the company but he did state that it is valued between $1 and $2 billion. The company has come a long way since it first began as a small startup. Investor confidence in the company was so high that there was ample funding to get the business off the ground and on a positive track for success. This is just the beginning for the now tech giant that has not even yet advanced to the Series B stage of funding. It’s remarkable how fast it has grown and prospered.