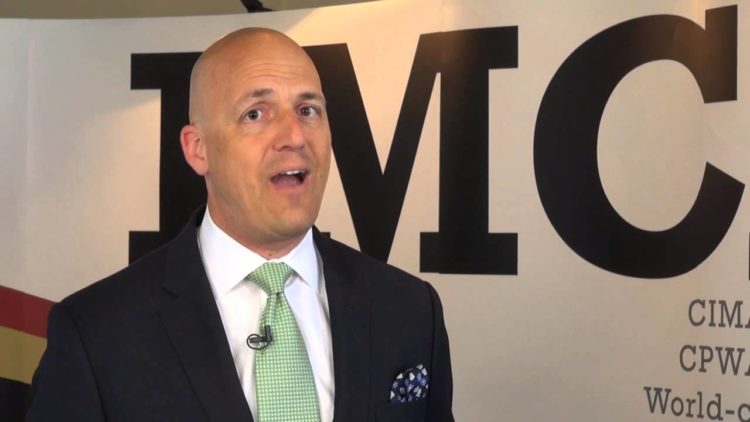 Jeffrey Kleintop has been in the financial sector for decades, working as an investment strategist for reputable firms. His expertise led to him being hired by Charles Schwab, where he continues to work as the chief global investment strategist while lending his insight to investors across the globe. He believes that we can overcome the pandemic if only we take heed of Charles Darwin’s advice; for us to survive, we must be ready to respond to change since it is not the strongest nor the most intelligent that survive in times of a crisis. Equip yourself with information about this investment expert through the facts below.

1. He advises investors not to base their investment decision on politics

Emotional reactions have led to the death of many relationships; hence we are advised never to make decisions when we are angry. This piece of advice also applies to financial matters, and Jeffrey said that the biggest political risk that investors made in 2017 is basing their decisions on politics. Therefore the investment strategist advised investors who thought that the Trump administration would hurt their portfolio not to worry. Instead, Jeffrey pushes his clients to focus more on essential issues since he opines that we are not naturally-equipped to be good investors.

In 2012, Jeffrey and his father decided to start a new philanthropic tradition by launching the Kleintop Family Trustee Scholarship at Penn State Smeal College of Business. They contributed $50,000, which would support the financially needy undergraduates, in partnership with the Trustee Matching Scholarship Program. He chose the university to be a recipient of his philanthropic efforts is because he is an alumnus of the institution, having studied for his MBA there. His charity is not about money alone; the strategist also takes time to impart his knowledge on the students as well.

3. Why Schwab hired him

In August 2014, Jeffrey stepped down as LPL Financial’s chief market strategist to join Charles Schwab as their new chief global investment strategist. According to Think Advisor, the strategist would be charged with enabling investors to understand international market events and trends, as well as their implications on investment strategies.

4. His departure was believed to result in demoralization in LPL Financial

2014 was a sad year for LPL Financial since they lost a few of the executive staff. Besides Jeffrey, the firm lost Derek Burton, the head of Independent Advisor Services, after he retired allegedly due to concerns about how he interacted with the employees. LPL Financial also lost Scott Welch, chief investment officer, who resigned to start his consulting firm, and Joan Khoury, chief marketing officer, also stepped down in late August 2014. Although industry experts believed that Jeffrey’s and the rest’s exit would cause demoralization in LPL Financial, the company was ready to accept the bad news. LPL Financial’s managing director, however, did not blame the employees for leaving. Instead, she said that they were targeted by competing firms because of their talent hence wished them the best.

Besides teaching students about investment, Jeffrey saw it better to educate the public using a book. Therefore in 2006, his book “Market Evolution: How to Profit in Today’s Changing Financial Markets” was published. It was supposed to be an investor’s guide to making smart investment decisions, but it did not do well. According to Amazon, it has a two-star rating with the reviewer advising people not to waste their money. It is, therefore, no surprise that Jeffrey has never bothered writing another book again.

6. He was named among the “best and brightest” on Wall Street

To be the best in anything means you have had to overcome obstacles, so when you are named not only the best but the brightest too, it is no mean feat, especially in a competitive industry. Nevertheless, Jeffrey outdid himself, and Wall Street Journal named him among the “best and brightest.” The strategist’s opinion has also been sought on national television and financial magazines.

7. He thinks it was not very wise of him to include a return forecast in his book

Jeffrey can be described as a guru in the field of financial markets and investments. Still, he opines that the fact he put a ten-year return forecast in his book was a dumb idea. The strategist explained that although he got some of the information right, there was some advice that he could not foresee; hence he was wrong in some instances. When he spoke to The Kinlin Company, Jeffrey said that although he had predicted a recession, he did not foresee how deep the looming financial crisis would run.

8. He advises investors to think about global investments

As much as charity begins at home, it should not end there. Jeffrey revealed that almost everyone he talks to believes that they should invest within their country, which means that they under-invest and under-diversify. He understood that investors are usually anxious about putting their money in a country whose financial climate they do not comprehend, unlike in their home country where they can understand what is happening. Unfortunately, such investors end up investing in industries they would not have had to if they explored international options. He knows they do so to avoid getting out of their comfort zone, yet global investing offers much more cushion in times of volatility. He explained a globally-diversified portfolio provides investors with reduced risks without declining returns.

9. He does not advocate for the Federal Reserve attempts to fix the economy

Last year, Jeffrey warned against the Federal Reserve trying to facilitate the economy to move in the right direction by cutting rates. He explained that it is not the solution to address any economic concerns; instead, Jeffrey advocated for consumers to avoid being overconfident since the job market could be disappointing. He, therefore, called on investors to focus on buying value stocks, not growth stocks.

Jeffrey’s personal life is not on the internet. Besides information about where he went to school, his family background is nowhere to be found. In the numerous interviews Jeffrey has been invited to, the strategist does not talk about himself beyond the career aspect of his life.