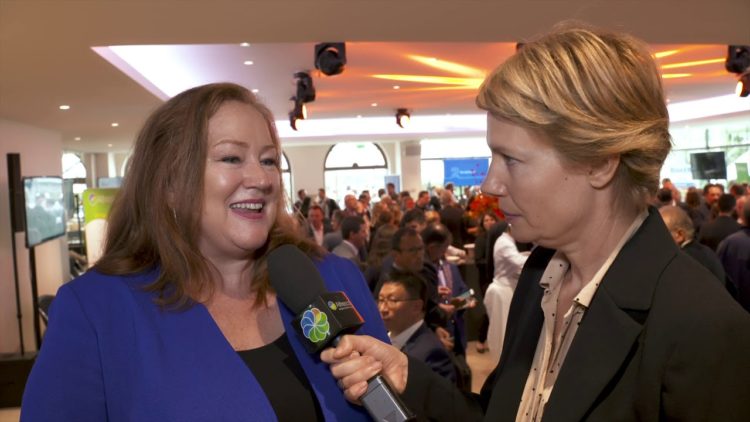 Who is Bernadette Nixon? You might recognize her name as the former CEO of Alfresco. Perhaps you are more familiar with her as the current CEO of Algolia. Her current company, as well as her former one, both deal with software used to facilitate web search products. Many people think that Nixon has been taking the business world by storm, especially when it comes to software development and technology. That said, a lot of people don’t really seem to know all that much about her. If you’ve been curious yourself, here are 10 things that you might not have been aware of.

1. She’s all about gender equality

One of the things that genuinely frustrates Nixon is the fact that people talk about gender equality all the time, yet there doesn’t seem to be much of it from her perspective. This is something that she has spoken out about many times over. In fact, she has frequently commented on the need for more gender equality in business, especially when it relates to things like software development. As far as she is concerned, it is a world that is still largely dominated by men, with relatively few opportunities for women. That is precisely why she has created her own opportunities, something that she says would have been much easier had she been a man.

2. She knows the business world inside and out

As a result of her never-ending effort to further her business career, she knows the business world like the back of her hand. Granted, she has only served as CEO of two corporations but it isn’t like a person just walks into a boardroom and becomes CEO overnight. She has definitely climbed the rungs of the ladder just like everyone else, putting in her time and doing the hard work to learn every facet of software development, business operation and customer relations. In the process, she has learned how to create her own startups and make them a success, something that very few people ever have the drive to actually do.

3. She prefers to build her own teams and then work closely with them

One of the things that she is well known for is developing her own teams when it comes to working on a new business project. She does not like to come in and be handed a team that she must then figure out how to work with. Instead, she far prefers to handpick the people that will be on her team because it gives her more control over how things will ultimately go. In addition, it provides her with the important opportunity to choose individuals whose strengths are directly tied to the goals of that particular project as opposed to having more generic people on her team. In short, it gives her an opportunity to operate with fewer people and get the job done twice as quickly.

4. She enjoys working with people of a similar mindset

She has always commented that she enjoys working with people of a similar mindset. It’s easy to understand why. If she can surround herself with people that are as driven as she is, she doesn’t have to worry about overseeing each individual’s progress as much. Instead, it gives her the chance to put people in a role that they can succeed at, allow them to put their head down and do what they do best as opposed to looking over their shoulder at every turn.

5. She understands that the future of business is rapidly changing

Nixon has often stated that the face of business is changing faster now than it ever has in the past. As such, she understands that the so-called tried-and-true approaches to business don’t really work anymore. One has to look at things from a new perspective, something that she is more than willing to do. As a matter of fact, that is precisely what has allowed her to be so successful thus far.

6. She learned leadership qualities at a young age

It all goes back to the fact that she wanted to be in business from a young age, only to realize that she was already at a serious disadvantage because of her gender. This is essentially what set her on her path for gender equality and fairness in business. It’s also what helped her develop her leadership skills, something that she knew she would have to have in reserve in order to succeed.

7. She wants to make it easier to succeed in business by providing global opportunities

One of the things that she wants to change in business involves making it easier for people to succeed with their own startups. She plans to do this by providing global opportunities to all individuals, not just big businesses. She has been quick to point out that if every person, from the smallest start up to the biggest corporation, had the same opportunities, it would be amazing to see what people could actually do with those opportunities. She believes that it can improve the quality of life of individuals as well as improving business as a whole.

8. She gives credit where it’s due

While she likes to build her own teams and choose the people that she surrounds herself with, she is also quick to give credit where it’s due. She has never been in the habit of taking credit for something that someone else worked on, nor does she tend to push her responsibilities off on other individuals.

Even though she has developed a reputation for being something of a trailblazer, she doesn’t take making major changes lightly. In fact, she has taken to social media to document how difficult these types of changes can really be, including the excitement that comes with making changes in one’s life, coupled with the uncertainty and even the sadness that is often involved with such decisions.

10. She loves seeing other people shine

While she wants to succeed in her career, she really has a penchant for pointing out the successes of other people. She likes to see others succeed. As such, she’s often found singing the praises of her colleagues more than touting her own achievements.