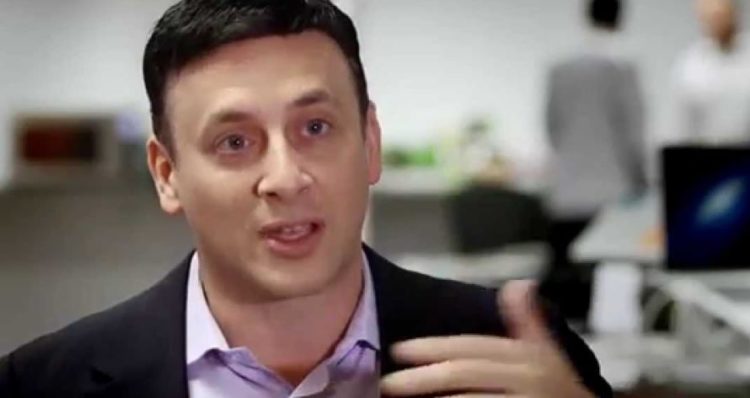 Michael Chasen was only 10 when he decided that he would become the president of a computer company one day. While that seemed like a farfetched dream, he achieved it by being a serial entrepreneur of EdTech companies; he co-founded Blackboard, SocialRadar, and Class. He sold Blackboard in 2011, having grown it to a valuation of $1.7 billion. With his current company, Class, Chasen is already eying the unicorn status after raising $105 million in the Series B fundraising. Chasen is one entrepreneur who is keen to meet his vision, and you can learn more about him from these facts.

1. His Inspiration to Found Blackboard

After graduating with a master’s degree, Chasen got a job as a higher education technology consultant at KPMG Peat Marwick. His colleague, Matthew Pittinsky, was his roommate while in college. Together, they noticed that most learning institutions spent lots of money wiring the dormitories and classrooms for better internet connectivity. Unfortunately, the two visionaries realized that the institutions lacked the software to improve learning and teaching despite the heavy outlays. Consequently, Chasen and Pittinsky quit their jobs to focus on designing software to facilitate online learning and teaching.

2. What Got Him to Establish Class Technologies, Inc.

In his interview with EdTech Digest, Chasen revealed that he noticed the Zoom classes introduced during the pandemic were not interactive for his three children. He said that the children would only have an hour of online class once or twice per week, and the children barely paid attention. Therefore, as education institutions struggled to deliver interactive learning experiences, Chasen stepped in with Class, enabling learners and teachers to have the actual classroom experience via Zoom.

3. He Had to Wait to Have One Year Experience Before Quitting

As much as Chasen was convinced that his idea of changing how learners and teachers use the internet for education purposes was novel, he still had to be realistic. Businesses fail, and he needed to have a fallback plan. When he and Pittinsky got the idea to start their own company, Chasen had two more weeks to go before his first anniversary working at KPMG. He reasoned that most employers want prospective employees to have at least one year of experience, so Chasen waited until the two weeks were over. Two days later, he resigned.

4. He Thought the Blackboard Idea Was Original

Chasen told Eventual Millionaire when he and Pittinsky co-founded Blackboard, they thought they had created a company based on an original idea. However, a couple of weeks they discovered that WebCT had already started six months before and had reached at least 200 schools. Chasen panicked, fearing that Blackboard had no chance of surviving since WebCT had an early mover advantage. Fortunately, they scaled the heights quickly and ended up buying WebCT.

5. He Prefers Hiring People Smarter Than Him

Multi-millionaire Russell Simmons once said that we have to surround ourselves with smarter people and those who share the same interests. Chasen follows this advice that is why he told Billion Success that he can only advise upcoming entrepreneurs to hire people smarter than them. He added that it is easier said than done, but it is necessary because such employees challenge the entrepreneurs to achieve their visions.

When Chasen and Pittinsky quit their jobs, their boss knew they could not afford computers, so he allowed them to leave with their desktops. However, they were bulky, so the two entrepreneurs opted to strap the desktops into their rolling desk chairs. While the guards were suspicious that the two colleagues had stolen the desktops, they did not bother to ask about the chairs. So the security guards ensured they got the right paperwork proving that indeed Chasen and his friend had been authorized to carry the desktops. Chasen later confessed that while they had permission to take the computers, they didn’t have the authorization to carry the desk chairs.

7. His Start in Entrepreneurship

Chasen’s father had a Radio Shack TRS Model III that got young Chasen interested in computers at 10. He hoped that one day he would become the president of a computer company, so he began writing programs on the computer. He became pretty good at it and started charging $25 per hour to write the programs for local businesses within his Cheshire hometown.

8. He Seizes Every Opportunity He Gets

The ambitious entrepreneur was already tech-savvy when he was in college, so he managed to get a part-time job working for the FBI in the tech support department. His determination to own a computer company saw him get his undergraduate degree in computer science and later on his MBA, by which time he had stopped working for the FBI. However, he still wanted to be a well-rounded businessman, so he studied law. The hiccups he encountered filling out business and law schools applications got him thinking about making the process easier. Therefore, he and Pittinsky partnered to create a program for online applications, but none of the institutions thought it was sustainable.

9. He Had to Change His Leadership Style for Blackboard to Go Public

Although Chasen and Pittinsky barely had the experience to run a company, they were smart enough to hire an experienced CEO to take the helm until they were ready. As a result, while other companies crashed during the dot-com bubble, Blackboard survived until 2004, when they were prepared to go public. However, the board was worried that Chasen’s hard-charging leadership style was not a good fit for Wall Street; hence they urged him to change by being more receptive and delegating more.

10. He Prefers Keeping a Low Profile

Chasen’s net worth is estimated at $50 million. Still, unlike other millionaires who like to buy flashy cars and bulk up their portfolios with real estate, Chasen is only interested in spending time with his family. Therefore, the only pastime activity he indulges in is taking his kids to Potomac in his motorboat.