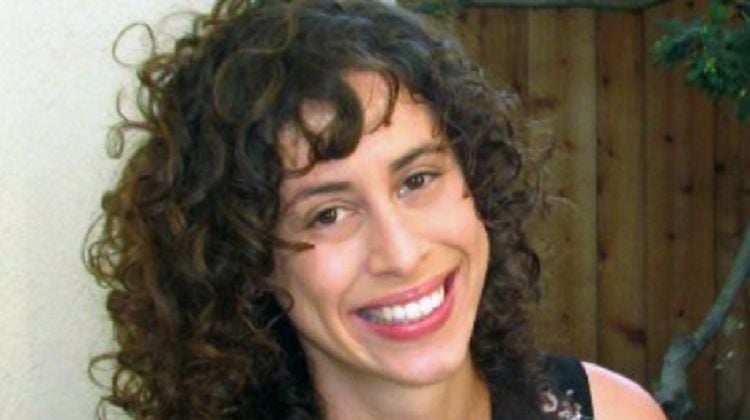 Who is Tali Saar? The name may not sound familiar to you, but you might enjoy knowing that she is one of the most influential and unique entrepreneurs of her time. In fact, she is the founder and Chief Executive Officer of Rooster Beta, one of the most unique companies to come along in years.

Rooster Beta is an app that you can put on your phone which allows you to swap, trade and even borrow items from other people in your area. It’s sort of like having an old-fashioned swap meet, yet it’s perfect for the digital age. Say that you need to mow your lawn but your lawn mower broke and you don’t have the money to get it fixed right away. All you have to do is go on this app, plug in the information about your area and what you’re searching for, and see if there is someone in that area that is willing to either swap their lawn mower for something you have that they need or allow you to borrow one. Of course, if you are allowed to borrow it, it’s always a good idea to allow that individual to borrow something of yours in return. It’s all about neighbor helping neighbor in good faith.

2. She has a desire to bring people together

Up until now, people were relegated to knocking on one another’s doors in order to find out if a neighbor had something that they could borrow. These days, that’s becoming increasingly difficult, especially for people that live on the outskirts of areas where they’re not exactly a stone’s throw from their neighbors.

3. Past geography and social issues

This app allows you to get past geographic concerns as well as that awkward moment where you knock on someone’s door that you don’t even know, only to ask them if you can borrow something that they have. The end goal of having the app is to bring people closer together and create a genuine community effort where everyone does their part to help each other as opposed to some people having it all and other people having almost nothing. It’s a genius concept and one that seems to be sorely needed. Now all that is left is for people to take advantage of it while simultaneously giving back to their individual communities.

4. She used to work at Google

So who is Tali Saar, the person behind this unique app? As it turns out, she has more than enough experience with things of a digital nature. She cut her teeth working for Google, staying there and developing specific projects for a number of years before she struck out on her own.

She also heads up the YouTube Symphony Orchestra, an effort that connects her with musicians from all over the globe, all with the intention of having everyone come together in order to perform at Carnegie Hall, one of the foremost venues for musicians in the entire world

6. Experience as an entrepreneur

In addition to those efforts, she’s worked with creating startups of her own, with the main goal of each effort that she decides to helm to be to make the world a better place than it already is. One of the things that makes her such a unique individual is the fact that she genuinely wants to create a safe space for people to interact and to leave each community better than the way she found it.

7. She empowers others to be their best

She’s all about empowering people to do their best in order to lift other people up, with the firm belief that as long as every individual within the community is doing their part, the community thrives. She has stated before that there are times when certain members of a given community need more help than others. At those times, people should rally around them to help them. Once they are back on their feet, they can then pay it forward by doing the same thing for someone else. The logic behind it is difficult to argue with. If everyone would learn to come together in order to accomplish a common goal or to ensure that each member of the community is doing well, there would be a lot less issues with problems like homelessness, people that have to choose between having a roof over their head or getting their medications, and families not having enough food to eat. Sometimes, the need to borrow a lawn mower because yours is broken can make all the difference in the world between you continuing on or feeling like the whole world is against you.

8. She loves combining her passions to make life better

One of the things that Saar has enjoyed throughout the course of her career is the ability to bring her various passions into focus in order to allow those passions to guide her while simultaneously making her corner of the world a better place for others. For example, her innate love of music can often be combined with her love for technology and app development by using music to bring more people who also share that same love together. That is precisely what she has done with the YouTube Symphony Orchestra and it’s something that she can continue to do through both her current and future endeavors. As far as she’s concerned, it’s all about living her best life and helping other people do exactly the same thing.

9. She doesn’t buy into stereotypes

She has seen more than her fair share of stereotypes. As such, she far prefers to see each individual for who they are as opposed to making snap judgements about other people. She has previously stated that she has been the victim of stereotypes herself. That means she knows exactly what it’s like to be on the receiving end of such abuse. It’s also why she made the decision not to allow it to happen to anyone else.

10. She’s all about bringing others along with her

She knows how to succeed, there is no question about that. The thing that makes her different is that she doesn’t want to succeed alone. She realizes how challenging it can sometimes be to succeed in life and she wants to bring other people along with her. For her, it’s not about giving others a hand out, but she is all about giving them a hand up.