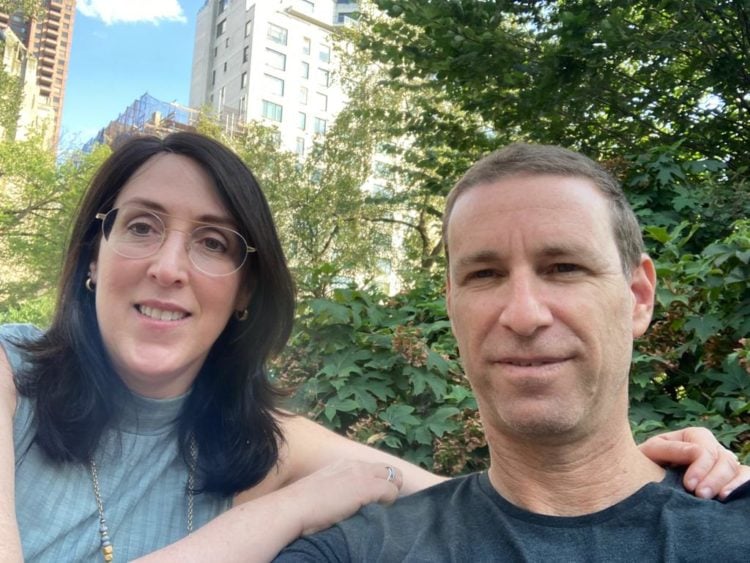 What do you know about Oded Zehavi, the CEO of Mesh Payments? The company itself is designed to provide a central payment platform where other businesses can look at all of their expenses and handle all of those expenses from a single location. It seems like an easy concept, but it’s definitely not all that easy to put something like this together. That makes a lot of people who are somewhat interested in the company want to know more about the man responsible for its existence. If you are one of them, here are 10 things about him that might intrigue you.

It’s true that he works as the CEO of Mesh Payments, but it doesn’t stop there. He also co-founded the company. As previously mentioned, developing a company like this isn’t exactly the easiest thing in the world to do. It’s a concept that is rather basic in theory, but actually putting it together so that all of the moving parts of the company work in conjunction with each other is another thing entirely. As it turns out, he had been thinking about this for quite some time. In truth, he was simply waiting for the right time to put it all together.

2. He has a lot of experience in his current type of business

One of the things that helped him when it came to developing his current entrepreneurial endeavor is the fact that he’s worked at these types of jobs before. As a matter of fact, he spent approximately three years working at Kaymera, from 2014 up until 2017. From there, he transferred to Payoneer and spent only a few months there before he decided to go forth and start his own business. He has used his previous experience to his advantage by falling back on it to create the company that he currently heads up today.

3. He went to university in Jerusalem

Oddly enough, he didn’t go to college for a business degree, but for computer science. It isn’t like this degree doesn’t help him because everything he does with his business is digital. That said, most people that end up starting these types of businesses have at least a bachelor’s degree in Business. He decided to take things in a different direction, focusing on his degree in computer science and practical business experience. He received a bachelor’s degree from the Hebrew University and then set out on his various ventures in business, something that he says he enjoys a great deal.

4. He used to work for PayPal

Payoneer isn’t the only place where he honed his skills. He also spent time at PayPal, learning the ropes of the digital financial sector. Clearly, his time spent there was indeed time well spent, as he learned how to interpret the industry accurately, not to mention learning a great deal about the basics of running a payments-based system online. For him, it was all good information but it never made him feel satisfied because he wasn’t running his own company. Being an entrepreneur at heart, he knew that eventually he would have to make the move to something that was of his own design.

5. He grew up in a very small town

The town he grew up in is a very small town that’s located just outside of Tel Aviv. For him, it was somewhat difficult growing up in a small town because there weren’t a lot of opportunities available. As a result, he also spent some time in Asia as he worked to decide what he wanted to do for a living and where he wanted to spend the majority of his time. While he realizes that there are some very distinct benefits to living in a small town, he also likes the flexibility and the opportunity that comes with bigger cities.

6. He loves to help other entrepreneurs

As an entrepreneur, he has a strong passion for helping other people who have similar goals. The one thing that every entrepreneur realizes is that being one isn’t always easy. Some people only see the glamour and the glory that comes with being a successful entrepreneur, but what they don’t see is the countless numbers of hours of hard work, staying up all night and working on something with everything you have, only to watch it blow up in your face. Being an entrepreneur also means not having enough money to cover the bills and feeling like a failure at times. The ones who succeed are the ones who stick with it. As a result, he likes to help other people who are just coming up through the ranks

7. He often serves as a consultant for other small business owners

He also serves as a consultant for small business owners in order to help them get their payments structured more efficiently. By helping them sort out all of their payments and putting everything into perspective, it makes it easier for them to operate more efficiently themselves. A lot of businesses that are struggling financially utilize his services because he can help them see where they are spending money unnecessarily and where they could be saving that money instead of watching it disappear month after month.

He’s a huge football fan. To be clear, he’s not fond of American-style football, but of real, European-style football. As a matter of fact, he’s an avid fan. When his favorite team is playing, it’s more than reasonable to assume that he can be found at the game as opposed to anywhere else.

He also has a love of languages, something that is evidenced through his ability to speak Hebrew fluently. For him, the ability to speak multiple languages is practically as natural as breathing. In fact, he openly admits that he has a tendency to lapse into Hebrew and a couple of other languages spontaneously and then realize that everyone around him may not be able to understand what he’s actually saying.

10. He knows that passion is crucial for success

Without passion, it’s virtually impossible to experience any true level of success. People that are devoid of passion don’t tend to stick with anything long enough to experience success, but those who have it tend to pour their heart and soul into what they’re doing. He says that those are the types of people he likes to surround himself with.