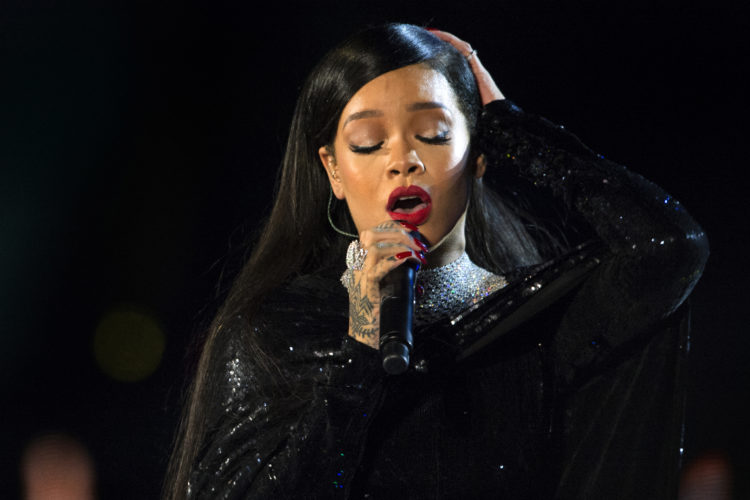 For those who are curious, Rihanna’s current net worth is estimated to be around $245 million in the first half of 2018. Based on this, it seems clear that she is continuing to wealth-build at a remarkable rate, seeing as how the estimates from around this time in 2017 produced a figure of around $230 million. In part, Rihanna has earned her wealth through her music, which remains what she is best-known for to the public. However, it should be mentioned that she is involved in a wide range of ventures as well, meaning that there is much more to her story than that.

How Did Rihanna Reach Her Current Net Worth?

Of course, Rihanna’s story begins with her music. In short, she was born in Barbados, where her father’s alcohol and crack cocaine addiction resulted in a rather strained marriage between him and her mother. Combined with headaches so bad that some of her doctors feared that she might have had a tumor in her head, Rihanna used music as a way to cope with her circumstances. In time, her parents divorced, which was followed by noticeable improvements in Rihanna’s health.

Eventually, Rihanna managed to secure an audition with the American record producer Evan Rogers when she was still a student at her Barbadian high school. Rogers was so impressed that he wound up asking her to record some demo tapes for him, which took some time because Rihanna had to record them when she had time off from school. Eventually, one of these demo tapes managed to make its way to Jay-Z, who was working as the head of Def Jam Recordings. Despite some initial doubts, Jay-Z nonetheless sent an invitation to Rihanna for her to audition, where she proceeded to dispel his doubts in a single day. In fact, Rihanna managed to impress those who had listened to her sing so much that Jay-Z’s boss L.A. Reid told him not to let her leave until a contract had been signed, thus resulting in her waiting until 3 in the morning while the lawyers on both sides worked at a feverish pace to make sure that everything was ready.

Once she was signed, Rihanna completed an album, which was called Music of the Sun, that was released in time for the summer. Her first single “Pon de Replay” was a huge hit in numerous countries situated around the world, having had a particular impact on clubs where it received much play. As a result, the success of Music of the Sun was ensured, though time has proven that particular album was no more than the springboard of what was to come. Simply put, much of Rihanna’s net worth has come from her eight albums as well as the work that she has done to support them, which makes sense considering that what she is best-known for.

With that said, no mention of Rihanna’s wealth-building would be complete without mentioning her various ventures. Such activities are not particularly unusual for successful musicians who have a lot of star power, but it is interesting to note that Rihanna seems to be even more interested in business pursuits than most of her counterparts. For example, she has released a number of fragrances, which have proven to be commercial successes. Furthermore, she has started up a beauty and stylist agency with Benoit Demouy, which is meant to help interested artists secure bookings, which is in addition to a photo agency, which is meant to do much the same thing but for photographers. On top of this, Rihanna has even launched a cosmetic company in collaboration with Kendo Brands in 2017, which won much praise from top publications because its products were designed for use by people with a wide range of skin colors. Something that is rarer than it should be in the world of cosmetics.

Besides this, Rihanna is very involved in the fashion industry. So far, she has released a number of collections in partnership with other famous names. However, what might be most interesting is her work as the creative director for Puma, where she oversees its women’s line of clothing as well as footwear. What is particularly interesting is that Rihanna has actually won awards for her work on footwear, which says a great deal about the success of her efforts in this regard.

Summed up, Rihanna’s success comes from her extensive involvement in not just the music industry but also the fashion industry as well as other sectors. As a result, it is no wonder that her net worth is continuing to grow at remarkable rates.