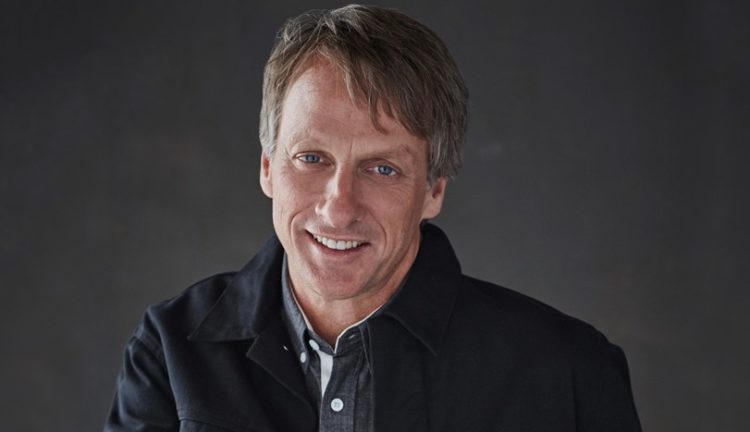 Tony Hawk is best known as the greatest skateboarder in the world. He’s served as an inspirational figure for kids for multiple generations and many of his fans aspire to become like him. He’s known for achieving some of the most amazing skateboarding stunts ever, but he’s also known for the huge fortune that he’s amassed. Tony Hawk is worth a whopping $140 million but how did he accomplish this? Was it all from his involvement in skateboarding or were there other business endeavors he pursued? We found out how with just a little research.

Tony Hawk was born in Carlsbad, California on May 12th of 1968. Frank and Nancy Hawk were the names of his parents. He was a very active child who was thought to be hyperactive and when testing was conducted to figure out what made him so active, they discovered that his IQ was an impressive 144. His first real encounter with a skateboard was when he was the age of nine. His brother introduced him to the sport with an old used fiberglass board and he practiced in an alley near the family home in San Diego. Soon, his enjoyment of skateboarding turned into a passion and it soon became apparent that he had a real talent for skateboarding. With the powerhouse of energy that Tony had this was a godsend for everyone in the family because it gave him a creative outlet to burn some excess steam.

The young man was competing in amateur skateboarding contests throughout the state of California when he was just 12 years old. And he was winning them. By the time that Tony Hawk turned a tender young 14 years of age, he was so good at skateboarding that he became a professional and at the age of 16, he was named the best skateboarder in competition in the entire world. He held the title of the National Skateboard Association World Champion for a stunning 12 years in a row. He became known as the skater who was willing to attempt daredevil stunts that others weren’t willing to try.

In addition to being a championship skateboarder, we can’t forget about his high IQ. Tony was smart and he began to realize that there were other things he could do well in his life. He put a few of his other many talents to work and he went into business for himself. In 1992, he and a partner established Birdhouse Skateboards. This was a company that dealt with in all things related to skateboarding.

The new company specialized in wheels and decks for skateboards. They also developed an apparel line that was designated specifically for skaters. They offered hoodies, T-shirts, sweatshirts and a variety of accessories. They kept the prices of their products within reasonable levels so kids and adults who didn’t have a lot of money could afford their gear. Tony had a passion for skateboarding, but perhaps an even greater passion was in sharing the sport he loved around the world and helping to make it popular with more people.

He established a show tour

Tony Hawk is responsible for the beginning of a show tour that was referred to as Boom Boom HuckJam. He started it in 2002 and the show was a big hit featuring exciting professionals who demonstrated their skills in BMX, skateboarding, and motocross. What it amounted to was an exhibition of extreme sports and they began the tour in Las Vegas. Soon, the tour had grown to include 31 major cities around the United States.

Tony Hawk also endorsed a variety of video games which he helped to create. With the large numbers in the gaming community, this was one more way to promote the popularity of the sport. He partnered with Activision for development of the first game in the Tony Hawk’s Pro Skater series in 1999 and this was just the beginning. More titles followed in the franchise and the video game venture became a huge and rocking success that was assessed at a value of more than $1.2 billion.

Hawk was also honored by the Six Flags Parks creation of amusement park rides that they called Tony Hawk’s Big Spin. Several of the parks featured these rides which were launched in 2007 through 2008. They also developed the Tony Hawk Experience which resembled a large skate park.

He launched his YouTube channel in 2012, which was titled RIDE Channel. The popular site included appearances by artists, musicians and people from all kinds of backgrounds who shared their personal stories about how skateboarding had impacted their lives.

Tony Hawk also made multiple investments. One of the businesses he invested in was Nest which was an internet-enabled thermostat maker. His entrepreneurial phase also led him to invest in Blue Bottle Coffee as well as in the DocuSign tech company and the Black Plague Brewery in San Diego. In addition to his investments, Tony Hawk also obtained income from royalties from companies who sponsored him and whom he later endorsed. It’s no wonder that he’s worth $140 million today.