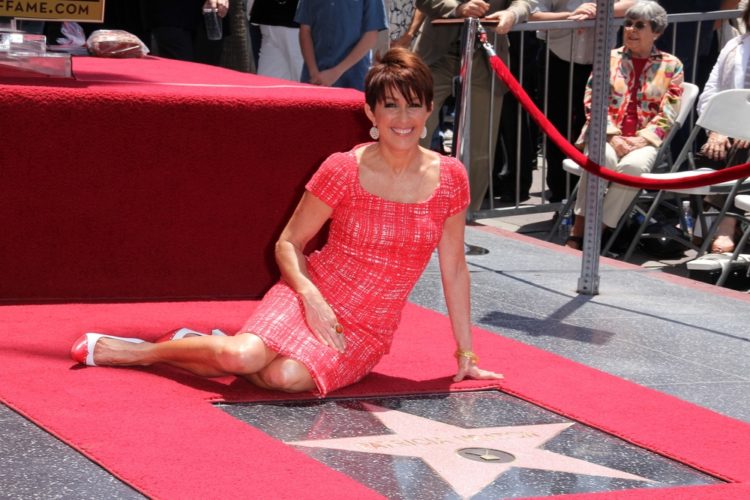 Patricia Heaton is an American actress. She is best-known for a couple of roles on a couple of sitcoms. One would be Debra Barone on Everybody Loves Raymond. The other would be Frances Heck on The Middle. In recent times, interested individuals might have seen Heaton’s name come up in entertainment news because of her reveal that she decided to stop drinking because of an incident in which she struggled to say the word “tradition” in front of her sons as well as their friends.

What Is Patricia Heaton’s Current Net Worth?

There is a lot of public interest in what celebrities make. As a result, it is easy to find estimates of said individuals’ net worth, which might not be perfectly accurate but should nonetheless provide interested individuals with a general sense of how much wealth they have managed to build up. For instance, Celebrity Net Worth believes that Heaton has a net worth of approximately $40 million because of her multi-decade career.

How Did Patricia Heaton Reach Her Current Net Worth?

Heaton was one of five children born to Patricia and Chuck Heaton. In time, she became interested in acting, which is why she studied drama when she went to Ohio State University. After graduating, Heaton moved to New York City. In part, this was because she intended to study with a drama teacher named William Esper. However, New York City is one of the centers of U.S. TV and film production, thus making it a natural choice for actors as well as would-be actors. Having said that, it is important to note that Heaton was one of those actors who started out on the theatre stage before making a successful transition to the TV screen. Once again, New York City is a natural choice for those pursuing said path, seeing as how it is home to numerous Broadway and off-Broadway productions. Heaton actually made her first appearance in a Broadway production as part of the chorus for Don’t Get God Started in 1987. After which, she and some of her fellow students formed an off-Broadway troupe called Stage Three. Amusingly, Heaton didn’t make her transition to the TV screen until said troupe had brought one of their productions to Los Angeles, which of course, would be another of the centers of U.S. TV and film production.

In any case, Heaton managed to secure the interest of the casting director for an ABC drama called Thirtysomething. Thanks to this, she played the part of an oncologist six times from 1989 to 1991. Simultaneously, Heaton also received minor roles in a number of other projects for both the TV screen and the movie screen. For example, she was in Alien Nation, Matlock, and Party of Five. Similarly, she was in Memoirs of an Invisible Man, Beethoven, and The New Age. These roles led to Heaton’s role as Debra Barone on Everybody Loves Raymond, which can be considered her breakthrough role. In short, the sitcom was centered on an Italian-American sportswriter named Ray Barone, who was played by Ray Romano. Perhaps unsurprisingly, Debra Barone would be said character’s wife, who is sometimes fed up with her husband’s immaturity as well as her in-laws’ intrusiveness. In particular, she had a hostile relationship with Ray’s mother Marie, which wasn’t helped by the fact that Ray often sided with his mother rather than her because of fear. Together, the couple had three children – an older daughter named Alexandra plus younger twin sons named Geoffrey and Michael. In total, Everybody Loves Raymond lasted for nine seasons, more than enough to prove that it had a winning formula.

Still, everything comes to an end eventually. In the case of Everybody Loves Raymond, it came to a conclusion in 2005. It wasn’t until 2009 that Heaton secured the other role that she is known for, which would be Frankie Heck on The Middle. This time around, her character was the central character, a devoted wife and mother who sees her family as the single most important thing in her life in spite of her occasional frustrations with them. Her character’s husband was Michael Heck Jr. played by Neil Flynn, a seemingly unemotional individual who is nonetheless quite understanding when it came to his family. Together, the two characters had three children – Axl, Sue, and Brick. On the whole, The Middle proved to be quite successful as well because it managed nine seasons as well. Besides these, Heaton has been involved in a wide range of other projects. Some of these haven’t been very successful. For instance, it is worth mentioning that she had been involved in a number of sitcoms before Everybody Loves Raymond, meaning that she was by no means a newcomer to the genre. Similarly, a recent sitcom called Carol’s Second Act met with a lackluster response. Meanwhile, others have fared better. To name an example, Heaton had her own cooking show on Food Network for a time. Something that secured her a Daytime Emmy in 2016. On top of these, Heaton has had other opportunities come her way because of her successful acting career. Endorsements can be counted among these. Moreover, Heaton has written a couple of books over the course of her career, with one released in 2002 and the other released in 2020.

Summed up, it seems safe to say that Heaton’s $40 million net worth came from her acting career in either a direct sense or an indirect sense. Simply put, her success has opened a lot of doors for her, which in turn, have enabled her to make even more money. Generally speaking, the careers of actresses slow down as they get older. However, Heaton has shown that she still possesses a considerable amount of influence, so much so that she has at least one more project on its way. As such, it isn’t unreasonable to think that she could have more successful roles in the times to come. So far, Heaton is known for two roles, so it will be interesting to see whether she will become known for a third as well at some point in the future.