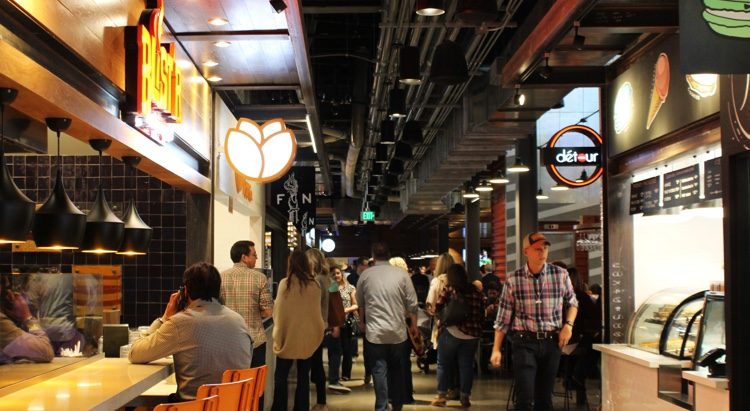 Ever since Eataly emerged in Italy and swept the globe, food halls have been popping up at a rapid clip all over the world. Especially in the U.S., cities continue to cook up a seemingly endless array of food halls, many of which have expanded into other markets. However, there’s a new food hall just outside of Dallas that’s really changing the game and raising the bar on what a food hall can be. In Plano, Legacy Food Hall is evolving the concept entirely, elevating it both literally in terms of size and scope (at 55,000-sq.-ft., it’s easily one of the largest in the country), and in terms of culture, philosophy and sense of community. To get to the heart of this massive, multi-story complex, we chatted with Jack Gibbons, President and COO of Front Burner Restaurants, which created Legacy Hall.

The initial inkling of Legacy Hall manifested while Gibbons and his business partner Randy DeWitt were on a stopover in Amsterdam, returning from Russia. It was here that they discovered a concept called Foodhallen, a food hall conceptualized and run by restaurateurs. “We had this long history of developing concepts, and it hit us to create a food hall that gave young chefs and entrepreneurs the opportunity to start a business,” Gibbons explains. Inspired by what he saw in Amsterdam, he connected with the developer behind a mega-project in North Dallas called Shops of Legacy West. With an entire block of space to fill, the develop had reached out to Gibbons and DeWitt about building something special. Freshly inspired, Front Burner Restaurants was ready to answer the call. 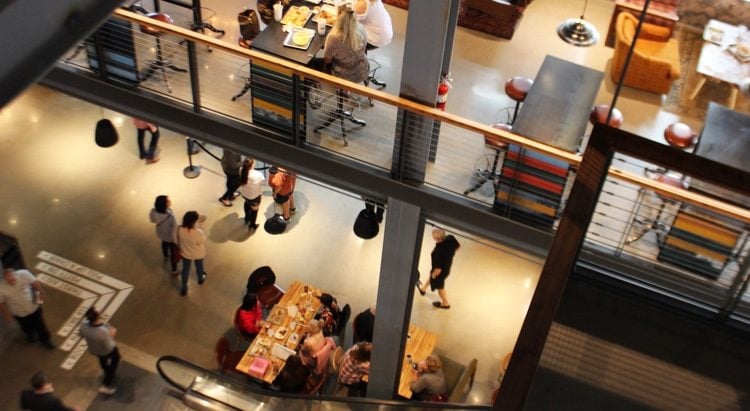 After returning to Dallas and talking to the developer, the company built a free-standing three-story food hall complete with its own brewery on the third floor. “As we started conceptualizing, we continued to travel and tour different food halls to make the best food hall in the world,” says Gibbons. “That’s why we added a shipping container park with live music and bars and restaurants outside as well.” That aspect opens in March, with shipping containers transformed into a barbecue restaurant, a margarita spot and a tiki bar called Idol Time, for instance. Meanwhile, there’s a whopping 21 stalls on the first floor of Legacy Hall’s main hub, running the gamut from local celebrity chefs to longstanding Dallas fixtures looking to take that next big step, to entrepreneurial up-and-comers.

“We put them in three buckets,” explains Gibbons of the vendors filling out the multi-tiered hall. “We’ve got some celebrity chefs who are very well known, another bucket called ‘restaurateurs,’ which are small groups who have multiple bars and restaurants and want to try a new ideas, and a third group that’s true entrepreneurs.” Of the former, John Tesar has a burger counter, while Tiffany Derry has a fried chicken concept. Of the entrepreneurs, there’s a guy who went to Belgium and fell in love with liege waffles. When he couldn’t find them anywhere back home, he perfected his own recipe, and brought it to Legacy Hall. On the restaurateur side, Gibbons points out a local group doing the shawarma bar. “The owner is from Jordan, and he brought in a wood-burning grill that cooks the shawarma horizontally over the wood,” says Gibbons of one of the hall’s top-selling items. 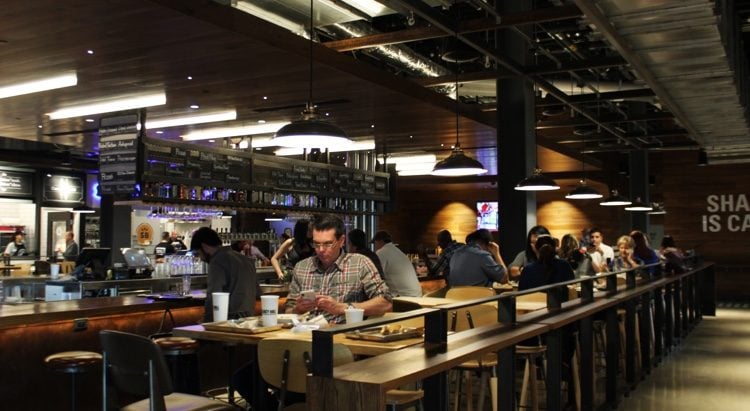 One major addition to the hall is the brewery. Complete with a taproom, the third-floor outlet has about a dozen different styles on draft, ranging from saisons to IPAs, along with a particularly interesting lineup of “tiki beers,” made with ingredients like fermented passion fruit and pineapple. This isn’t a meager brewery by any means, either; the facility is capable of making 20,000 kegs per year, with intent to sell 40% on-premise and 60% to the “micro-local” area, meaning businesses literally on the same street as Legacy Hall. “We make friends that way,” Gibbons muses.

Beyond merely food and drink, Legacy Hall goes several steps further by incorporating live music in its outdoor space. The result is a food hall that goes beyond a dining complex to become a community gathering place, featuring local artisans, chefs, entertainers, brewers and restaurateurs all working together cohesively. “We see food halls as the future anchor tenants to retail,” says Gibbons. “It used to be department stores; we see them as entertainment, food and music, creating a place that really fits the community its in and gets people to enjoy themselves.” After putting together Legacy Hall, a concept sure to fulfill Gibbons’ dream of constructing the best food hall in the world, they started a company called the Food Hall Company. Inspired by the success and warm reception of Legacy Hall, Gibbons and DeWitt are currently negotiating other food hall projects across the U.S., which could be as large as Legacy Hall or even larger.

“To partner with local chefs and bring this idea of community to other places makes it really fun and exciting,” he adds. “And to share this idea of a really large-scale, well done food hall in every community.”