Home
Business
Sports
How Much Does It Cost to Attend a Milwaukee Bucks Game?
Prev Article Next Article

The Milwaukee Bucks have seen some interesting changes in their prices in recent times. As a result, it has become more important than ever for interested individuals to look up the Milwaukee Bucks’ prices, which should provide them with the information that they need to know to make the right choices for their particular needs and circumstances. In this as in other things, being prepared can pay off.

What Is the Average Cost of Milwaukee Bucks Tickets?

With that said, there has been a turn around in more recent times. First, the 2017 to 2018 season saw an increase in the average price of Milwaukee Bucks tickets to $141, which is a significant increase compared to the average price of tickets from the season just before that. Second, this trend seems to have continued because the average price of Milwaukee Buckets tickets was $153 for the 2018 to 2019 season, which is a rise of 9 percent. Primarily, this seems to be connected to a somewhat widespread opinion that the team is in the right position to make it further into the league than previously possible. Something that has had an understandable effect on the enthusiasm of the fans and thus their willingness to compete for the tickets. 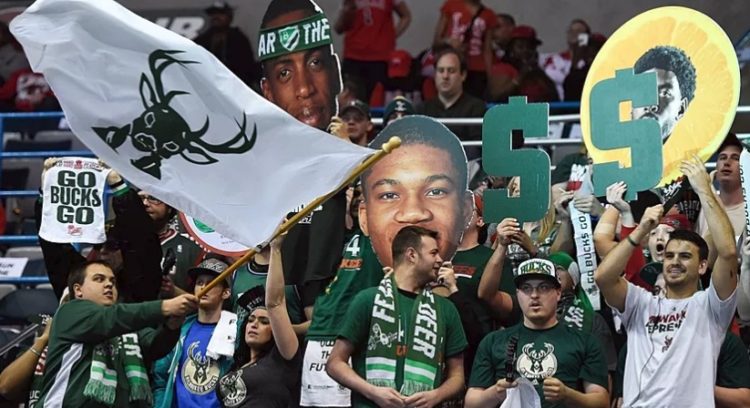 Of course, while the average price of tickets is very useful for providing interested individuals with a very rough idea of what they can expect, what they should really be interested in would be the specific prices for the specific tickets that they want to buy. Luckily, this should be a simple and straightforward process because it involves nothing more than heading to the ticket website of the interested individual’s choice before looking up the relevant price. This is important because ticket prices can see a lot of variation based on factors such as the tickets that are available for purchase, the teams that are playing for the seats in question, and so on and so forth. Due to these factors, there are tickets for some games that will start at $12 whereas other tickets for other games will start at $66. Moreover, these prices can change over time because there are other interested individuals out there who will be paying close attention to such matters as well.

What Is the Average Cost of Milwaukee Bucks Concessions?

Milwaukee Bucks concession prices are not particularly cheap. Nerdwallet states that a beer costs $6.50 while a soda costs $5.50. Meanwhile, hot dogs are $4. For context, this means that the beer prices were around average while the hot dogs were relatively cheap when the measurements were made. However, for whatever reason, the Milwaukee Bucks had expensive soda, so much so that it came in at around the top of the list. With that said, please note that these measurements from Nerdwallet might not necessarily be perfectly up-to-date. Moreover, it should be mentioned that the Milwaukee Bucks will have other food and drink options available at their games, which will make for more possibilities for interested individuals to look through. Still, these numbers should nonetheless provide them with a very rough idea of what they can expect.

What Is the Average Cost of Milwaukee Bucks Parking?

Official parking for the Milwaukee Bucks can cost somewhere between $15 and $25. There is a monthly option as well, which is $250 for 24 hour parking that happens to include the times for Milwaukee Bucks games as well as other events in the evening. As always, interested individuals will want to buy their parking passes sooner rather than later because it makes sense to have everything ready ahead of time.

Besides official parking, there are also other parking spaces that are located relatively close by. These parking spaces can come as cheap as $5, which should come as welcome news for people looking to cut down on their costs. However, interested individuals should know that they will come with more of a walk, though the exertion shouldn’t be that bad.