Home
Business
How Much Does it Cost to Open a Subway Franchise?
Prev Article Next Article 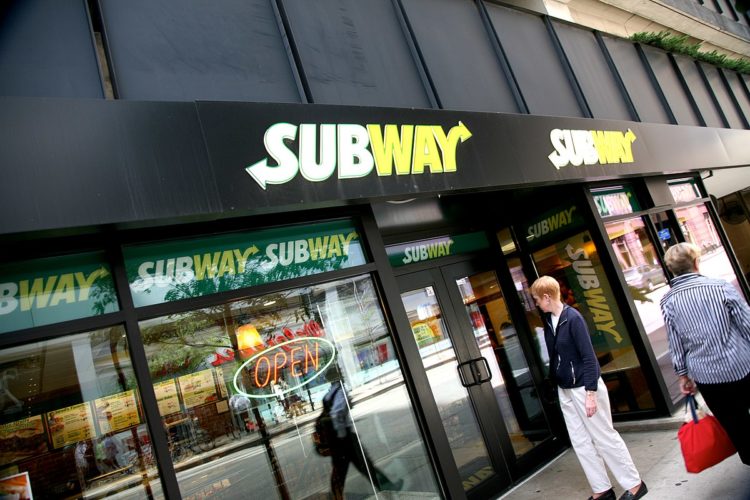 With that said, interested individuals have the option of becoming a franchisee to a franchisor, which will provide them with the right to use the brand as well as the business practices of the franchisor in exchange for a share of their revenues. This won’t ensure success, but it should nonetheless increase their chances of starting up a successful business, particularly since they can expect a wide range of support for a wide range of the necessities of running a business. However, interested individuals need to remember that the choice of franchisor matters as well, which is why they should consider opening a Subway franchise if they are interested in said option. After all, Subway is a very successful franchise, meaning that it is safe to say that there is something in its formula that is working out very well for both it and its franchisees.

Of course, becoming a franchisee of Subway is something that comes with its costs as well. As a result, interested individuals should make sure to research their options with care and consideration, which should provide them with the information that they need to make the fully-informed decision that is most suitable for their personal preferences. In part, interested individuals should pay close attention to the costs that will be expected of them because financial factors are bound to have a critical impact on the ultimate outcome.

What Will It Cost to Open a Subway Franchise?

First, Subway has a franchise fee of $15,000. However, it is interesting to note that there are some exceptions to this rule, though said exceptions can change over time. As a result, while most people will be expected to pay the full $15,000, it can be a good idea for them to check to see if they fall into one of the categories of people who can receive a discount on the franchise fee. In some cases, interested individuals might even be able to get their franchise fee waived should their interests and Subway’s interest in promoting a particular initiative happen to line up with one another.

Second, someone who wants to start up a Subway franchise is expected to have at least $30,000 in liquid cash. Partly, this is because having more money on hand can help businesses recover from serious problems that could otherwise cause them to fail. However, it should also be noted that the $30,000 is intended to provide the franchisee with something to live on until their franchise becomes sustainable enough for them to start drawing a wage that they can live on.

Third, Subway franchisees are expected to make payments to Subway per week. The amount is supposed to be 12.5 percent of their gross sales minus their sales tax, which is a considerable number to say the least. However, it should be mentioned that while 8 percent is intended as royalties, the remaining 4.5 percent is intended as funding for advertising efforts.

Of course, there are more figures that are relevant for someone interested in opening a Subway franchise that those have been mentioned so far. Unfortunately, those figures tend to be much more complicated because they depend a great deal on factors such as the layout of the restaurant and the location of the restaurant. For instance, someone who is planning to start a full-fledged Subway franchise can expect to pay more than someone who chooses to house their Subway franchise in some other business because their property costs will shoot up no matter what option they choose. With that said, Subway has plenty of expertise and experience in helping interested individuals set up their own stores, which should enable them to provide a wide range of assistance to their franchisees. Generally speaking, interested individuals can expect to pay anywhere between the high tens of thousands to the low hundreds of thousands for the sake of opening their store, which is a range that shows off just how much prices can vary from place to place as well as from context to context.