Home
Business
Entertainment
How Much is the “God of War” Franchise Worth?
Prev Article Next Article 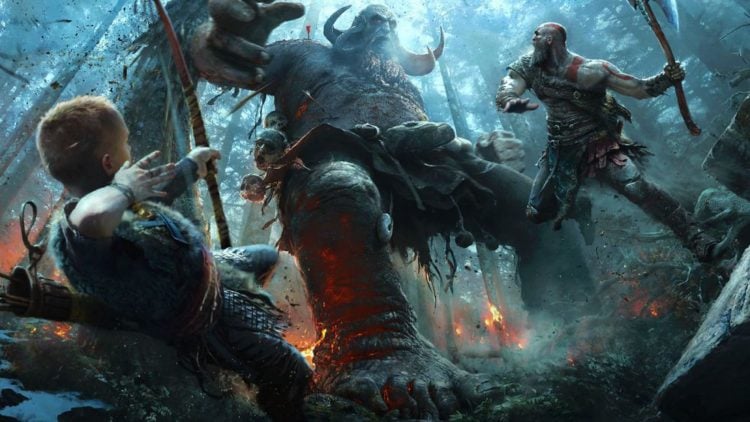 The hit video game “The God of War” series is a Sony exclusive product that had a tremendous heyday, making record sales by the end of May 2012. The Franchise netted a healthy profit for Sony Computer Entertainment of Japan by selling more than twenty one million copies of the game. This, of course, is split up among the various installments in the series, but sales were impressive and helped to boost the net worth of the company. It’s well worth taking a look at how each game in the series has fared since it’s release as some of the games were clearly liked better than others.

Amazing success of the “God of War” series

The first “God of War” game was made for the Play Station 2 console. It was a raging success, but when the “God of War 3” came out for the Play Station 3, it outsold its predecessor by a wide margin with sales topping more than five million of this single game in the collection alone. The game was an international sensation. The “God of War” franchise was very good for the Sony Corporation, which has had its share of ups and downs throughout the years.

Breakdown of the “God of War” sales

The sales for the franchise were steady between the versions released from PlayStation 2 through the PlayStation 3, although God of War II sales were down from the original release. There was also a lull in the hardware sales between the 2 and 3. When the third game in the series was released, interest rose and this game sold more than the previous two.

“Chains of Olympus” vs “Ghost of Sparta”

Which was your personal favorite? The tally of sales numbers revealed that “Chains of Olympus” came out ahead in sales. “Ghost of Sparta” lagged behind in sales when compared to all other games in the series. It seems like members of the gaming community were either a fan of it, or had little interest. Although these two members of the series were in serious lag mode behind the others, there were enough sales generated to make it worth Sony’s while to release them.

The leaders of the pack

The “God of War” main trilogy are at the core of sales with these three selling the highest numbers of individual games over all the others in the series. This includes the PlayStation 3 series of the original and second game. Statistics show that PlayStation 2 owners purchased the original “God of War” at a rate of 1 in 39 owners and purchases for “God of War 2” happened roughly in every 1 in 42. The ratios became even further apart for PSP console owners with 1 in 24 purchasing the original “God of War:Chains of Olympus,” and just 1 in every 93 owners buying “God of War: Ghost of Sparta.” Owners of the PlayStation 3 players purchased “God of War 3” at the rate of 1 in 15; and only one in 26 picked up the entire “God of War” Collection. This gives us a clear picture of which games and platforms have been the most popular.

All good news for Sony

Any way you slice it, this has all been good news for Sony.Even though there were discrepancies in the sales ratios across the platforms, it’s been a long and glorious run of success. At the most recent glance taken at Sony’s positioning in the market today, the corporation is worth an estimated $59.9 Billion. Of course, video game franchises are not their only focus, it’s certainly been a lucrative venture for the Japanese company.

Sony reaped the benefits of the introduction of the “God of War” franchise for the original PlayStation. The series has been a big seller, mainly for the first three games in the series. Even with the occasional ups and downs, particularly with the low selling ratios for “Ghost of Sparta,” the overall consensus is that the series has been a smashing success. With a longer line in the series, they can’t all be winners, but in the case of the “God of War” series, the majority of them have been. The Sony corporation maintains an ongoing tally of the sales statistics as a part of their assessment that tells them what their target audience wants in a game, and what they can live without. Although Sony’s not putting a specific dollar figure on the series, it’s plain to see that they’re thriving in a competitive market with a multi million dollar bottom line.