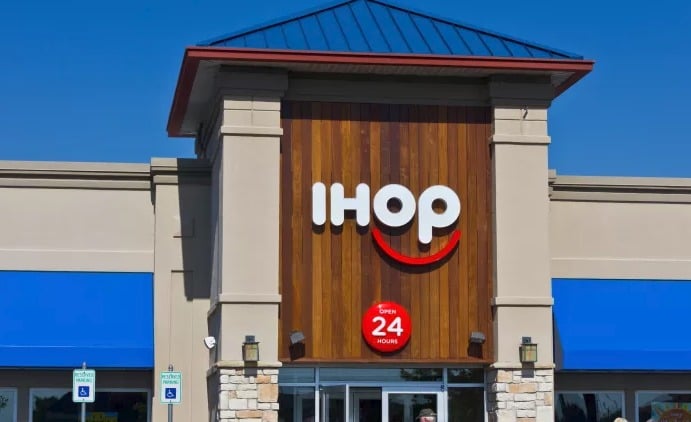 Primarily, people will be familiar with IHOP as a pancake house, which means a restaurant that specializes in pancakes and other breakfast items. However, IHOP has gone to a fair amount of effort to stress that it isn’t limited to breakfast, meaning that interested individuals might want to remember that it serves both breakfast and lunch items as well. Whatever the case, IHOP is a notable player in its chosen market, as shown by how it has more than 1,600 locations on multiple continents. Here are 20 things that you may or may not have known about IHOP:

2. One of the Co-Founders Had Huge Respect for Coffee

One of the co-founders was Al Lapin Jr., who had launched a coffee delivery service called Coffee Time before participating in the founding of IHOP. Said business failed, but Lapin took his respect for coffee with him. As a result, he was the one who introduced the policy of IHOP maintaining a full pot of coffee on each of its tables, thus ensuring that its customers would have convenience access to the invigorating beverage at all times.

It is interesting to note that Al Lapin and the other co-founders made an intentional choice to base their first IHOP close to a Bob’s Big Boy. In short, the Bob’s Big Boy was very popular, so much so that it would sometimes see more customers than what it could serve on its own. As a result, the first IHOP was put there in hopes of being able to benefit from the customer overflow from the Bob’s Big Boy, which might not have been very glamorous but wasn’t unsound.

Speaking of which, the first IHOP took cues from a Howard Johnson’s as well. To be exact, this was in the form of a orange roof, which provided it with a very noticeable appearance. With that said, this can sound rather strange for people who are familiar with Howard Johnson’s as a chain of hotels and motels. However, it is important to note that it was once a chain of restaurants as well.

6. IHOP Didn’t Start Out as IHOP

Chances are good that people who are familiar with IHOP will be familiar with its other name of International House of Pancakes as well. It is interesting to note that IHOP didn’t start out as IHOP because International House of Pancakes was the name that first saw use. However, a marketing campaign eventually came up with IHOP, which proved to so popular that it eventually overtook the original name in use. Nowadays, both names see use, though for reasons of convenience, one is much more popular than the other.

7. Some People Thought that IHOP Would Become IHOb

Not too long ago, IHOP made an announcement that it would be changing its name to IHOb, which would have been short for International House of Burgers. That didn’t actually happen, which is perhaps unsurprising considering how much value that corporation has managed to build up in its brand over time. Instead, the announcement was a marketing stunt that was meant to remind people that IHOP has lunch and dinner items, which is something that happens from time to time, not least because they are overshadowed by its breakfast items.

8. The Lunch and Dinner Items Were Later Introductions

With that said, the lunch and dinner items were indeed later introductions to IHOP’s menu. Said items were introduced for the purpose of enabling IHOP to compete head to head with similar restaurant chains. Something that was important because without lunch and dinner items, IHOP was essentially removing itself from the competition for two whole markets’ worth of consumers. Due to this, the introduction of lunch and dinner items was a natural solution, though it could be argued that it also put IHOP at risk of diluting its brand as a provider of breakfast items. Something that has been known to have a detrimental effect on businesses in other cases.

9. Saw Massive Restructuring in the 1980s

In the 1980s, IHOP saw a massive restructuring of its operations, which proved to be necessary because it had become ineffective and inefficient. One of the most notable steps was the closure of the restaurants that proved to be unprofitable. However, IHOP didn’t stop there because it proceeded to make significant changes to the restaurants that would remain open for the purpose of making them even better at their intended tasks.

10. One of the Changes Was the Expansion of Lunch and Dinner Menus

One of the most notable changes made in that time was the expansion of IHOP’s lunch and dinner menus. Both of those things had already existed at that point in time, but they were notorious weaknesses of the restaurant chain. As a result, if it wanted to compete in its chosen market, it would need new, better offerings to bring in the customers, which is why IHOP’s senior leaders introduced significant changes in that regard. Having said this, their chances were undermined to some extent by their own choices.

For instance, IHOP’s senior leadership made a choice that while IHOP would start offering an expanded menu of lunch and dinner items, it wouldn’t add new equipment to its kitchens. Due to this, none of the IHOPs had ovens, which put a limit on what its staff could and could not make. However, it should be noted that there was a reason for this choice. In short, while the price of a single oven might not be particularly high for a business on the scale of IHOP, introducing ovens to each of its restaurants would have added up, meaning that the choice was made to make do with what was available already to save on costs.

With that said, IHOP’s senior leadership wasn’t exactly shy about spending on other things. For example, each of the kitchens was renovated so that there would be two mini-kitchens in each of them, with each mini-kitchen being the same as one another. This can sound rather strange, but the intent was to boost the IHOP’s scalability. In short, when IHOPs saw a lot of customers, their staff would make use of both mini-kitchens. However, when the number of customers fell during non-peak hours, one of the mini-kitchens would be closed down to save on costs.

13. Used to Use a Cartoon Kangaroo

Speaking of which, there was a time when IHOP used a cartoon kangaroo in its commercials. Said kangaroo no longer sees use in modern times, but those who are curious can still find mentions of it here and there. For that matter, if they are really curious, they can find old IHOP commercials on YouTube that use the character. Presumably, IHOP no longer uses the cartoon kangaroo because it sends impressions that are no longer suitable for the image that its marketers want to create and maintain.

In 2007, IHOP bought out Applebee’s in an all-cash transaction, which is believed to have been around $2.1 billion. Essentially, what happened was that IHOP promised to buy the shares from Applebee’s shareholders at $25.50 per share, which met with 70 percent approval of the shareholders. With that said, a number of the executives at Applebee’s voted against the proposal, which suggests that they were less than thrilled about it. In fact, one of them outright claimed that he was going to take IHOP to court because he thought that it was unfair to the shareholders, which included him because he was the single biggest Applebee’s shareholder.

15. IHOP Intended to Franchise Most of Applebee’s Locations

At the time, Applebee’s had a total of 1,943 restaurants. Most of those restaurants were run by franchisees. However, Applebee’s had 500 facilities of its own. When IHOP took over, it made the announcement that it would franchise most but not all of those facilities, which must have made good bargains for people who were in the position to capitalize on those that were worth having. After all, starting a business tends to be rather rough even when the business owner can benefit from being a franchisee.

16. Resulted in the Creation of Dine Brands Global

17. There Is a Hybrid IHOP-Applebee’s

It is interesting to note that there is a hybrid of IHOP and Applebee’s that can be found in Downtown Detroit. In short, the hybrid location features a seated section with menu items from both restaurant chains. On top of this, it has what is called an IHOP Express, which was open for business a little bit before the seated section. It will be interesting to see whether the concept will prove to be successful enough for other franchisees to follow suit. Furthermore, it would be interesting to know that the people at Dine Brands Global are handling the accounting as well as the other bureaucratic processes for said location.

18. There Have Been IHOP Express Locations Since 2009

Speaking of which, IHOP Express isn’t a new concept. Instead, there have been IHOP Express locations since 2009. Essentially, they are exactly what they sound like in that they offer faster service than their standard counterparts, which is something that can appeal more to some individuals than others. To be exact, IHOP Express locations are often found at airports, campuses, and other places that see a lot of people who need to grab something to eat before heading elsewhere, meaning that in a very real sense, they are essentially fast food versions of the standard IHOP restaurant, though the actual term that sees use is fast casual.

19. Has a Worldwide Presence

20. Most IHOPs Are Franchises

It is interesting to note that most IHOPs are franchises, meaning that they are run by franchisees who pay for the right to use IHOP’s brand in exchange for following its rules as well as receiving a wide range of support. Franchises are a concept that see widespread use because their benefits outweigh their costs. Certainly, the franchisors have to surrender some of their control over the operations associated with them, but in exchange, they can expand their operations much faster than otherwise possible. Something that is particularly helpful because their franchisees tend to have plenty of expertise and experience of their own, which are on top of their knowledge about their local markets.