Home
Business
Science
Is a “Permanently Occupied Human Base” on the Moon Possible?
Prev Article Next Article 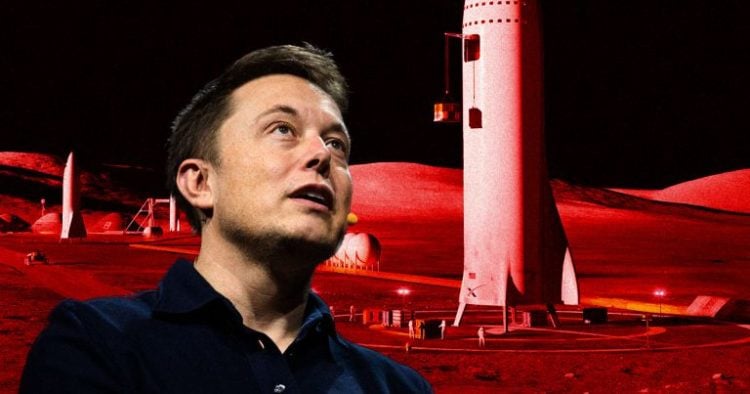 There are a lot of people who have made jokes about Elon Musk being a supervillain. Something that wasn’t helped by his recent statement that he wants to build a base on the moon that is capable of supporting a permanent human presence. With that said, while the jokes are funny when used in moderation, there are sensible reason why Musk as well as a wide range of other parties want to build such a moon base.

Why Are People So Interested in Building a Moon Base?

In short, there are a lot of people out there who want to see the human race spread to the stars. However, it is important to note that there can be significant differences between their motivations for supporting such a movie. For example, there are some people who are interested in tapping into the economic potential of extraterrestrial objects. Likewise, there are other people who see space as the natural choice for the next phase of human expansion. On top of this, it should be mentioned that there are even people who want to spread beyond the Earth because they are concerned about us putting all of our eggs into a single basket. In their eyes, this is important because there are a number of natural phenomena that could wipe out more complicated forms of life on the Earth without the human race being able to do anything about them, meaning that extraterrestrial colonies might be the one way to ensure our species’s continuing existence in the event of such a scenario. Regardless of their exact motivations, setting up a moon base is a sensible step for people who want the human race to spread out into space.

Second, a moon base would make it much easier to launch further expeditions aimed at Mars and beyond. After all, getting a rocket off of the ground is much easier from the moon than from the Earth, which can be attributed to its lower gravity as well as its lack of atmospheric drag.

Is Building a Moon Base Possible?

As for whether it would be possible to build a moon base capable of supporting a permanent human presence, well, the answer is a qualified “Yes.” We are already capable of building an enclosed shelter that can harbor a human presence for long periods of time. For proof, look no further than the International Space Station, which has had a continuous human presence for more than 18 years and counting. Furthermore, it should be mentioned that we can build vessels capable of reaching the surface of the moon, meaning that we should be capable of building vessels that can transport tools, supplies, manpower, and other resources to the same.

Instead, the issue is a matter of will. Simply put, building a moon base capable of supporting a permanent human presence won’t be cheap. Moreover, such a project won’t have an economic payoff anytime soon, meaning that it is going to need a huge amount of general enthusiasm to keep various parties committed to it. On top of this, while we could put humans in an enclosed shelter on the moon, there remains the issue of what their living situation will be like. For example, humans don’t like being cooped up in small spaces for prolonged periods of time. Likewise, the conditions of the moon mean that the occupants of a moon base can expect various medical issues with no earthly counterparts. On top of this, there will be other issues that range from much increased exposure to radiation to a limited range of food even once they manage to set up indoor farms. Certainly, none of these issues are insurmountable, but each of them is nonetheless something that would have to be overcome to ensure the success of a moon base, which means more will, more money, and more of other limited resources.