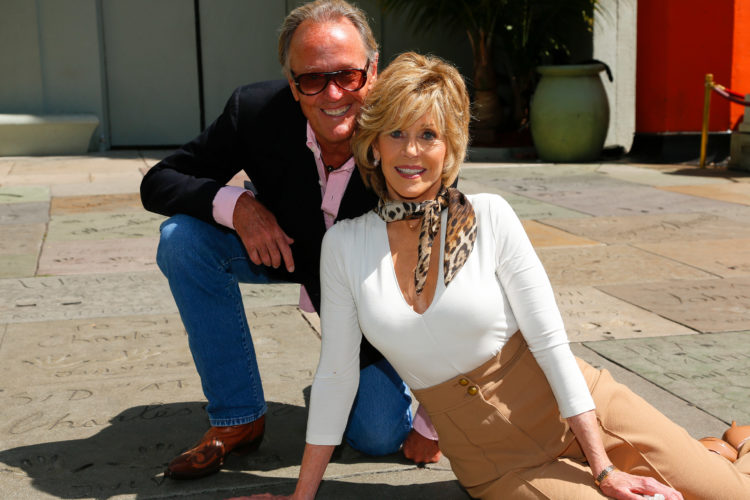 Jane Fonda has had a successful career as a model, actress, writer and fitness expert. She’s also known as a political activist and philanthropist. The daughter of actor Henry Fonda never felt good enough growing up and in her earlier career. However she proved to be a great actress who won several awards. She’s also known for her support of charitable causes. Even though she took a break from acting during the 1990’s, Fonda resurrected her career in the 2000s and continues to be active in acting, writing and in political and charitable causes. Here’s how Jane Fonda achieved a net worth of $200 million.

Jane Seymore Fonda was born in New York City on December 21, 1937. Her mother was Frances Seymore, a socialite. Her father was award winning actor Henry Fonda. Jane was drawn to acting and wanted to follow in her father’s footsteps. She worked as a model and studied acting in New York City in the 1950’s performing on stage and acting alongside her dad in charity performances. Jane studied under Lee Strasberg who saw her innate talent. This lifted the spirits of the insecure young girl. Jane Fonda studied at Vassar but dropped out to study art in Paris. She would work steadily as an actress on the stage and eventually film.

After her Tony Award nomination for the Broadway play “There Was a Little Girl”, Fonda moved on to film. Throughout her career, she received 7 Academy Award nominations and 2 Best Actress Academy Award wins. Famous films from the 1960’s include “Cat Baliou”, “Barefoot In the Park”, “Barbarella” and “They Shoot Horses, Don’t They?” which got her the first Oscar nomination. During the 1970’s Fonda’s films included “Klute and “Coming Home” which won her the Oscar for Best Actress, “Fun With Dick and Jane”, “Julia” and “The China Syndrome”. During the 1980’s Fonda’s films included “9 to 5” and “On Golden Pond” which she starred along side her dad and Katherine Hepburn. In 1984, Jane Fonda starred in the Primetime Drama “The Dollmaker” and won the Primetime Emmy Award. Fonda retired from acting in 1991 but returned in the 2000’s. She would go to make movies including “Monster in Law”, “Georgia Rule”, and, most recently “Book Club”. In 2009, Fonda received a Tony nomination for “33 Variations”. From 2012 through 2014 she starred in the HBO series “Newsroom”. She currently stars in the Netflix series “Grace and Frankie”.

Jane Fonda released a fitness tape, “Jane Fonda’s Workout” in 1982. The aerobics VHS tape was the highest selling videotape ever. She went on to release 21 more workout videotapes. Fonda published her autobiography in 2005, “My Life So Far”. In 2009 Fonda started a Blog which discusses her Broadway career. In 2011 Fonda published a second book that would continue from the first, “Prime Time: Love, Health, Sex, Fitness, Friendship, Spirit – making the most of all your life”.

Jane Fonda has not been afraid to speak up for causes that she believes in. She’s known for her activism and her controversy. Despite being honored as “Miss Army Recruiter” by the Pentagon in 1962, Fonda became controversial during the early 1970’s when she protested the Vietnam War by being photographed sitting on a North Vietnamese anti-aircraft gun in 1972. The move, which she later said she regretted, got her blacklisted in Hollywood. Fonda has since protested in support of Native Americans and environmental causes. She has protested against the Israel-Palestinian conflict and the Iraqi War. Fonda remains an adamant feminist and co-founded the Women’s Media Center, which advocates for women’s voices in the media, with Gloria Steinem and Robin Morgan in 2005.

Throughout her career, Jane Fonda has supported many charitable causes and been awarded many honors. She has always donated to charities close to her heart including youths, education, the environment, human service, health and the arts. In 2004 she created the Fonda Family Foundation and the Jane Fonda Foundation and gave $1 million of her own money to the causes that she supports as well as selling merchandise to raise money for charities. Fonda continues to work with the foundation regularly. In 1994 Jane Fonda ws appointed as a United Nation’s Goodwill Ambassador.

Jane Fonda had a privileged but difficult life growing up. Jane was insecure as a child and would later suffer from bulimia. Her mother was institutionalized in a mental hospital and would commit suicide. Jane was close with her brother, Henry who was also a successful actor. She also has two stepsisters, Amy Fishman and Frances de Villers Brocaw.

Jane was married and divorced three times. Her first husband, Roger Vadim directed her in “Barbarella”. They married in 1965 and divorced in 1973. They had a daughter, Vanessa. Soon after the divorce was finalized, Jane married activist Tom Hayden. They had a son, Troy, and would adopt Mary Luana Williams, an African American teenager, in 1982. Mary “Lulu” was the fifth child of Black Panther activists. Her father went to prison and her mother became physically abusive. Fonda met Lulu at Laural Springs Children’s Camp. Lulu had no one to turn to and was abused. Fonda took her in and adopted her. Tom Hayden and Jane Fonda divorced in 1990. Fonda married Cable TV mogul and founder of CNN, Ted Turner in 1991. That’s when Fonda briefly retired from acting. They divorced in 2001. In the divorce decree Fonda received $100 million in stocks and a 2,500 acre ranch.

Over the course of her career, Jane Fonda achieved a net worth of $200 million. She earned her fortune through her prolific career as a model, actress, fitness expert and writer. Jane Fonda continues to earn money through writing and acting. She is also known for her generosity.