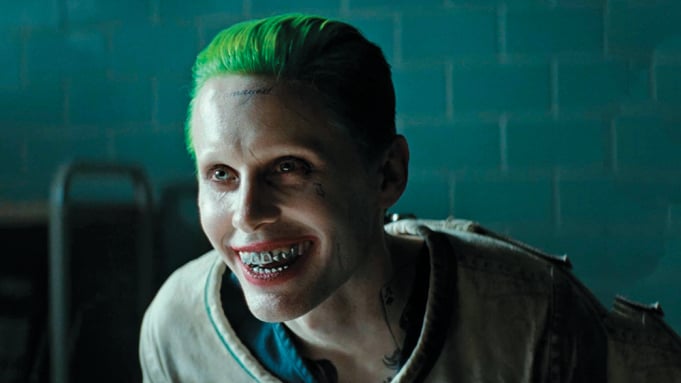 Jared Leto has a successful career as an actor, director and business investor. Raised in an artistic and creative environment, Leto pursued a career that enhanced his own creative talents. He’s an actor who is known to become absorbed in his roles. He and his brother have a successful career with their band “Thirty Seconds To Mars”. Leto has directed music videos and short films. He is a contributor to several charitable causes. Here’s how Jared Leto achieved a net worth of $90 million.

His mother encouraged him to enjoy the arts

Jared Leto was born in Bossier City, Louisiana on the day after Christmas in 1971. He has an older brother, Shannon. Their parents divorced when the boys were young. His father remarried but died in 1979. Jared and his brother were raised by their mom, Constance, their maternal grandparents, and later with their stepfather as well. The family moved around a lot following their grandfather’s Air Force career. Along the way the boys were exposed to their mom’s hippie culture. Creative experience and expression was encouraged. They were surrounded by artists, photographers, painters, musicians and the theater. The boys enjoyed playing music early on. Jared went to high school in Washington DC at Emerson Preparatory School. He went on to study at the University of the Arts in Philadelphia where he developed a skill for film making. He also studied at the School of Visual Arts where he wrote and starred in his first short film “Crying Joy”. Leto also studied Corcoran School of Arts and Design, now a part of George Washington University.

Moving from New York to Chicago, Jared Leto hoped to establish a directing career. In the meantime he took small acting roles that led to bigger roles. While he does continue to direct, he is best known for his acting career and the fact that he truly gets into his characters. One of his first acting roles was Jordan Catalano on the short lived ABC Teen Drama “My So Called Life”. He was cast in his first film role in 1995 in “How To Make An American Quilt”. He received great critical reviews from the 1997 biopic “Prefontaine” based on the Olympic running hopeful Steve Prefontaine. In 1998 Leto appeared in the British film “Basil”, horror film “Urban Legend” and the award winning film “The Thin Red Line”. The following year he was in “Black & White” opposite Robert Downey Jr., “Girl Interupted” and “Fight Club”. After starring in 2000’s psychological thriller “American Psycho”, Leto showed his commitment to his roles in “Requiem For A Dream” when he starred as heroine addict Harry Goldfarb. He lived on the streets and lost 28 pounds by starving himself to get into the role physically and into the mind of a junkie. After filming Leto spent 2 months in a Portuguese monastery gaining weight and meditating.

During the 2000’s Leto would star in several films. He starred in “Highway” opposite Jake Gyllenhaal. In it Leto played a man who was caught with his boss’ wife in Las Vegas who, with his friend and heads to Seattle. The movie is set in 1994 one week before Kurt Cobain’s death. Other movies include “Panic Room” with Jodie Foster, Oliver Stone’s “Alexander” and “Lord of War” with Nicolas Cage”. “Lord of War” was praised by Amnesty International for its portrayal of arms dealers. Continuing his commitment to truly getting into his roles, Leto gained a lot of weight to play Mark David Chapman in “Chapter 27”. Gaining the weight took its toll. Leto ended up with gout and had to take safe steps to carefully loose the weight he’d gained. Leto got into another famous role, Rayon, a drug addicted transgender woman with AIDS in 2013’s “Dallas Buyers Club” with Matthew McConaughey. Leto played The Joker in 2016’s “Suicide Squad” and is currently set to play the character Ares in “Tron 3”.

In 1998 Jared Leto and his brother Shannon formed the rock band “Thirty Seconds To Mars” (https://thirtysecondstomars.com). They quickly developed a cult following. They released their first studio album in 2002. It received good critical reviews and rated #100 on the US Billboard Top 200 Chart and #1 on the US Top Heatseakers Chart. In 2005 the band released their second Studio Album “A Beautiful Mind”. It was certified platinum. The band toured but were able to accommodate Leto’s active acting career. They also played at several music festivals. Their third studio album “This Is War” was released in 2008. Their fourth studio album “Love, Lust, Faith & Dreams” was released in 2013, and their fifth studio album “America” was released in 2018. Along with the albums, Leto directed many of the singles’ music videos and short films based on the albums and the band’s tours.

Jared Leto has built another career directing. He has directed music videos and short films. He won an MTV Music Video Award in 2006 for “The Kill”. The video was inspired by “The Shining” with themes of isolation and insanity. Not wanting to give viewers any pre-subscribed notions, Leto used the pseudonym Bartholomew Cubbins. This is his favorite Dr. Seuss character. The banned also released a short film “From Yesterday”. It was filmed in China’s The Forbidden City and based on the 1987 movie “The Last Emperor”. In 2009 Leto directed “King of Queens”, a short film using street performers. The following year he directed the short film featuring “Thirty Seconds From Mars'” tour footage. He also directed the short film “Hurricain” that year. In 2012 Leto directed his first Documentary “Artifact”. The following year he directed the short film “Do Or Die”.

Jared Leto has invested in several business ventures. He developed The Hive which drives creative community building through social media management and digital marketing. He developed The One and Only Golden Ticket which manages exclusive service for concerts and festivals. Leto started VyRT in 2011. It is a successful live video streaming service. He is also an investor in Surf Air which funds Reddit and Robinhood Markets.

Giving back to the community is important to Jared Leto. He is a strong supporter of causes including animal rights and same sex marriage. He contributes to several causes dear to him. These include Art of Elysium, Barbara Davis Center for Children With Diabetes, The Nature Conservatory, Habitat For Humanity, Aid Still Required, the 2010 Haiti Earthquake fund and World Wide Fund For Nature.