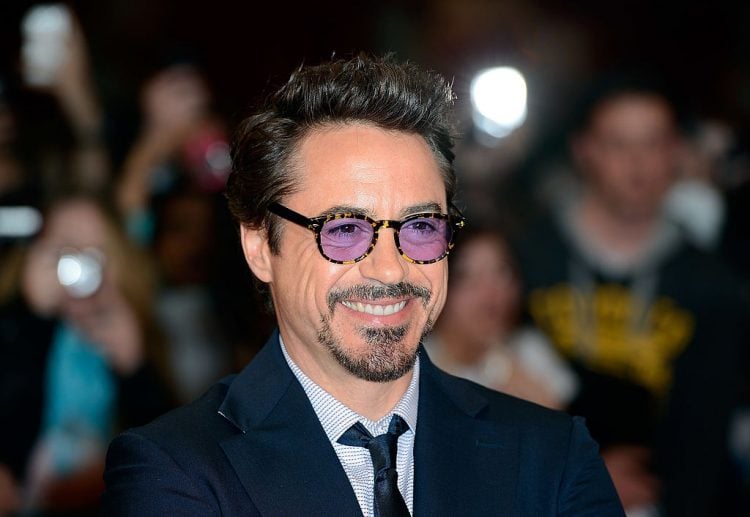 Who doesn’t love Robert Downey Jr? 2014 marked the year that Robert Downey, Jr. was named Hollywood’s highest paid actor, raking in a salary in the region of $75 million. He has won our hearts over and over again with his outstanding performances in all three Ironman movies, the Avengers, Kiss Kiss Bang Bang, Less than Zero, Sherlock Holmes, Gothika, Air America, A Guide to Recognizing Your Saints and Due Date among many others.

The Ironman star literally dove from the depths of Hollywood after being disregarded and undermined for years due to his constant substance abuse that led to him being arrested and fired multiple times and losing the first love of his life. But you know what they say, no great story didn’t include bumps and pitfalls along the way. The Brat Pack actor bounced back in 2002 and has been going strong ever since and seemed to have gained public trust and forgiveness because his career is at the highest point it has ever been.

Here are 20 things you might not know about Robert Downey Jr.

And no, I don’t mean while he showers or when he is alone. Robert Downey Jr.  released his debut album “The Futurist” in 2004 after he emerged clean and sober and permanently got rid of his drug addiction. The album sales were not so great (only 16,000 copies were sold in the first week after release and it ranked an unfortunate 121 on the Billboard Charts) but the world still got to see another side of this amazing man, which to me is awesome.

He was born into the industry

Being the son of movie director Robert Downey Sr. and actress Elsie Downey, acting runs in Downey’s veins. His first appearance on screen was as a puppy in his father’s film Pound in 1970. Robert Downey Sr., his father, is both a writer and a director whose work gained an underground following in the ’60s. Coming from a family such as this one, it was almost impossible for Downey to do anything other than act because it was a major influence in the years as he grew up.

When he was 17, Robert Downey Jr. dropped out of Santa Monica High School in California to pursue a future in acting. He moved to New York and struggled through part-time jobs while looking for an acting gig. He bused tables, performed in off-Broadway shows and was once hired as a piece of living art in a SoHo nightclub in New York City. Robert Downey Jr. is the poster kid for the saying ‘hard work and dedication merits rewards’.  Take a cue from him and go out and chase after your dreams.

He can do a mean Croisé Devant

Growing up, Robert Downey Junior’s family constantly relocated all over the world as a result of his father’s work. He lived in New York, Connecticut, Woodstock, California, London, and Paris. Talk about multicultural. While in London, the future action film star was enrolled at the Perry House School and studied classical ballet. I wouldn’t immediately peg him as the dancer but you cannot judge a book by its cover.

He was introduced to drugs by his father

It has been reported that Robert Downey Sr. introduced his son to the world of drugs when he was only eight years old. Robert Downey Jr.’s father offered him a joint (marijuana) and that is how he fell into the cycle of addiction. He spent a year in jail in 1999 after spending four months two years before in 1997 for drug possession. He was finally able to sober up and break the addiction in 2002 after multiple trips to rehab facilities and multiple arrests as well.

He has the royal stamp of approval (The real one)

In 1992, Robert Downey Jr. starred in Chaplin which was one of his greatest performances to date. Chaplin was the biographical comedy about the life of celebrated British Comedian Charlie Chaplin. The queen of the United Kingdom, Queen Elizabeth II, herself was at the London premiere of this performance in Leicester Square.

He went on a downhill spiral with drugs

His drug-related problems went out of control from 1996 to 2001 which afforded Robert Downey Jr. multiple arrests, imprisonments, and visits to the rehab. He was actually dismissed from the American legal comedy-drama television series ‘Ally McBeal’ after a drug arrest in 2000 and another in 2001. Downey Jr. overcame his addiction, emerged sober and clean and attempted to rebuild his career in 2003, which has been nothing short of successful.

Sarah Jessica Parker was one of his very first loves

Robert Downey Jr. and Sarah Jessica Parker met on the set of “Firstborn” when they were both merely 18 years old. They lived together for eight years prior to their break up in 1991. Downey has admitted on multiple occasions that his behavior was the major cause of their separation. “I liked to drink, and I had a drug problem, and that didn’t jibe with Sarah Jessica because it is the furthest thing from what she is,” he confessed Parade in 2008.” She provided me a home and understanding. She tried to help me. She was so miffed when I didn’t get my act together.” After eight whole years of living together, I am sure that Sarah Jessica Parker did more than try.

His initial name was Elias

Although a lot of other Saturday Night Live cast members have made dozens of films both during and after their time at SNL, none of them, save Robert Dwney Jr., have been given honorable mentions by the Academy. A minimum of four ex-cast members have been nominated for a Best Supporting Oscar (Joan Cusack, Dan Ackroyd, Albert Brooks, and most recently Downey himself) and yet, Robert Downey Jr. is the only one with a Best Actor nomination, for his outstanding performance in the 1993 Chaplin.

He could have played Duckie in “Pretty in Pink”

If Robert Downey Jr. had been cast for this role, the movie would have taken a totally different turn. “Molly Ringwald (Andie in ‘Pretty in Pink’) felt that if Robert Downey, Jr., the guy that she liked, had been cast, she would have been okay with the original ending,” Jon Cryer, the actor who played Duckie, told audiences at a “Pretty in Pink” screening in 2008. It’s weird to think that the original ending would have been that Andie actually stayed at the prom with Duckie. Would we have loved the movie more if Robert Downey Jr. starred in it?

He was open about his drug problem

In the ’90s, Robert Downey Jr. was gaining fame very quickly for his acting as well as his apparent drug addiction. After an unsuccessful shot at a drug treatment in 1999, Downey admits very honestly to the judge that “It’s like I’ve got a shotgun in my mouth with my finger on the trigger, and I like the taste of the gun metal.” He was not only aware of the extent to which he was falling prey to his drug addiction, but he was also very open about it which is usually not the case with people with similar patterns of addiction.

He was a member of SNL

On the 1985 season of the American late-night live television sketch comedy and variety show Saturday Night Live, Robert Downey Jr. was hired as a cast member in New York. Although his stay at Saturday Night Live was unsuccessful, he managed to perform 29 sketches, one of which the popular actor was cast as Tarzan. Seems like his failure on the Saturday Night Live prepared him for wild success in his acting career shortly after.

The people love him

Robert Downey Jr. is a devout martial artist and he spends a lot of his free time in the practice of Wing Chun. He began practicing Wing Chun (a concept-based Chinese martial art and form of self-defense) in the early 2000s and credits it as the source of his strength in overcoming his drug addictions. In 2003, Robert Downey Jr. had a sudden realization and threw all of the drugs in his possession into the ocean signifying the official break of the addiction cycle and the end of his drug use.

In an interview with Jon Stewart on “The Daily Show”, Robert Downey Jr. begged the Marvel president Kevin Feige to cast the Mandarin as his nemesis in the original Iron Man movie, but his plea was not granted then and there. Feige had plans to wait for the right time to introduce the legendary character into the popular comic. It seems as though Feige knew what he was talking about due to the wild success that Ironman has now.

He loves his candy (and Italian)

As one of the many stars that have admitted a weakness to food, Robert Downey Jr. once said in an interview with Vanity Fair that “I would have Domino’s pizza with pasta carbonara inside every slice. And at night I would have Neapolitan ice cream until I felt absolutely toxic”. Talk about a sweet and a salty tooth (if there even exists such a thing).

He is admittedly not invincible

Even though he plays the ultimate superhero on screen, Robert Downey Jr. recalls the exact moment it dawned on him that he really wasn’t invincible and that he was as mortal as you and I. He told Deadline, “I was doing a wire jump [on the set of Iron Man 3 ] and I got to the top of the stairs and I tripped, and banged my ankle. Susan came around the corner, she goes, “All right. Are you finally going to accept the fact that you’re injured and that you’re not a kid? Just look at you on the floor there. Look at you!”

He is sure that he will win an Oscar

“I know it’s going to happen,” Robert Downey Jr. told Chris Heath in a profile for an issue of GQ, “Even if I don’t get one directly, eventually, they’re just going to have to give me one when I get old. So no matter how you slice it, I’m getting one.” If only we all had hope like Downey.

He is a diaper-tying expert

During the same interview with GQ, Robert Downey Jr.’s wife, acclaimed producer Susan Downey, told the world of her husband’s other super skill apart from saving the world; his excellent diaper-wrapping skills (of their then one-year-old son Exton). Looks like Downey wins in everything he does, just like he has managed to win our hearts.