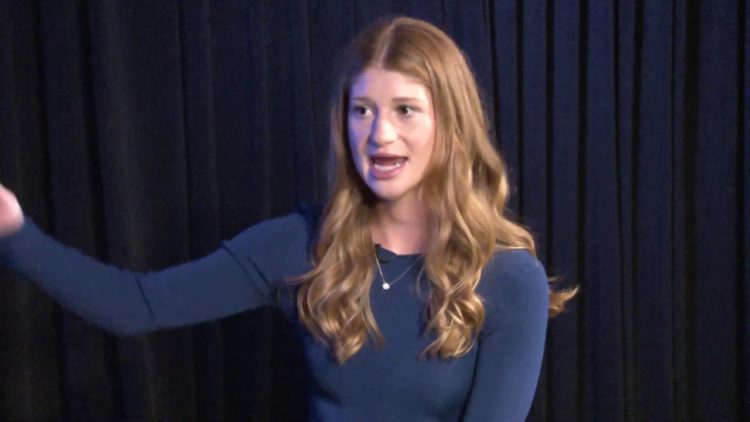 When you hear the name Jennifer Katharine Gates, you might immediately make the connection that she could potentially be related to Bill Gates. As it happens, she is his daughter. That leaves some people to believe that she is essentially a carbon copy of her father, but she is very much an individual in her own right. If you want to know more about her, check out the list below. You can find out 10 things about her that might surprise you.

1. She’s the oldest of three children

She has two other siblings, both of them younger. Many people have asked her in the past what it’s like being the oldest child of Bill and Melinda Gates. She has always stated that both of her parents have gone out of their way to make her feel like her life is as normal as possible. As opposed to showering her with everything she ever wanted, they instilled in her a quality work ethic and a desire to help other people as opposed to feeling entitled to getting whatever she wants. It’s something that she says she is immensely grateful for and always will be.

2. At only 25, she’s an accomplished young woman

Perhaps it is because of the work ethic that has been instilled in her by her parents that she is only 25 years old and has accomplished more than a lot of people manage to accomplish throughout their entire lifetime. There’s no doubt about it, she stays busy. In fact, the one thing she doesn’t tend to have a lot of is downtime. She has made comments in the past that would suggest that she doesn’t particularly enjoy the idea of having a lot of down time, preferring instead to fill her time with the things that she truly enjoys while simultaneously being around the people she’s closest to.

3. She tends to be a private person

4. She appreciates it when people reach out to her

Make no mistake about it, she is grateful for public support. Even when it’s someone that she doesn’t know personally, she’s always grateful for the fact that people in the general public have a tendency to reach out to her. She has made statements in the past that she was never more grateful for that then when her parents decided to get a divorce.

5. She’s making her own way in her life

There’s no doubt about it, she is quite determined to do things her own way. Perhaps because she is the daughter of famous parents, she is more determined than ever to do things on her own terms as opposed to allowing her last name to propel her to some status in life that she doesn’t feel like she’s actually achieved on her own.

In order to both make her own way and do something that she feels like matters, she decided some time ago that she would attend medical school. That is no small feat, to say the least. People try and fail to get into medical school on a daily basis. However, she went through all of the prerequisites required and she got into school. She is currently a medical student and she says that she absolutely loves every second of it, even though it’s challenging. As a matter of fact, she says that she loves it specifically because it’s challenging.

7. She can frequently be found at equestrian competitions

She isn’t at the professional level just yet, but many people would certainly agree that she has the talent to jump horses professionally if she so desires. She definitely has the experience, as she’s been jumping horses for years now. She also has a huge love for the sport and the dedication to become a professional if she wants. At the moment, she says that she would prefer to keep her involvement at the amateur level because she is also focused on completing medical school.

It shouldn’t come as any surprise that she eventually fell in love with a fellow equestrian competitor. The two were married fairly recently and by all accounts, they both seem to be very happy in each other’s company.

9. Horses are more than just a pastime for her

She doesn’t just enjoy being around horses, she considers them a part of who she is. As such, she’s also the founder of Ever Gate Stables, a popular horse training facility. She says that she decided to found the facility because she wanted to do something that both involved horses and helped other people in the public. They can come to this facility to participate in various horse training activities and can even board their horses there.

10. She enjoys spending quality time with the people she loves

You might have figured out by now that she genuinely enjoys spending time with the people that she loves. That is precisely how she manages to successfully handle having such a busy life. Where a lot of people would essentially crack under the pressure, she finds joy in all of it because in everything she does, she is either with someone she loves or she’s doing something she loves for a good cause.