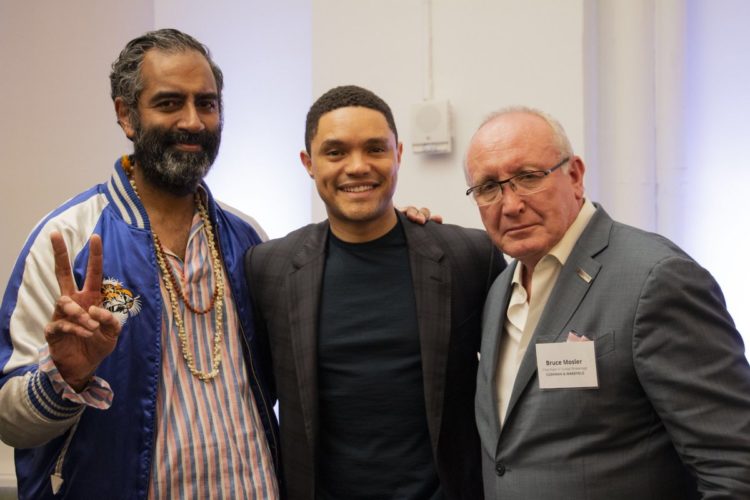 Amol Sarva is an American entrepreneur. He has been involved in the founding of a number of companies. However, Sarva should be best-known to a lot of people for being the CEO of Knotel. Here are 10 things that you may or may not have known about Amol Sarva:

1. Born and Raised in NYC

Sarva was both born and raised in New York City, which should need no introduction. After all, New York City is the single most populous city in the United States, which is on top of it being a cultural powerhouse as well as an economic powerhouse. Naturally, this means that it has been a center of immigration for a very long time, as shown by how Ellis Island is still featured in the United States’s popular consciousness.

Speaking of which, Sarva is Indian-American. This is perhaps unsurprising, seeing as how New York City and its surroundings are home to the biggest of the Indian-American communities that can be found in the United States. It is interesting to note that this is a product of the lifting of the quota on Indian immigration that happened in the 1960s. Before that point in time, most Indian immigrants went to the western United States where they worked in agriculture as well as railroad construction. Afterwards, there was a huge increase in the number of Indian professionals who headed towards New York City as well as its suburbs.

3. Had a Golden Retriever

Sarva used to have a golden retriever named Ernie. Said dogs are named thus because they started out as gun dogs that specialized in retrieving shot waterfowl. Something that is still reflected in a number of their characteristics. For example, golden retrievers have soft mouth, meaning that they have an inborn tendency to moderate the force of their bite when carrying their quarry. Likewise, golden retrievers have an instinctual fondness for water, which makes sense when they were bred for retrieving waterfowl. In the present time, the breed continues to see use as everything from household companions to search and rescue dogs.

Initially, Sarva went to Columbia University, which is one of the best-known schools in New York City and beyond. It is interesting to note that the school was once named King’s College. Something that speaks volumes about its age. King’s College was renamed Columbia College following the American Revolution, which was intended by the legislature of the state of New York to show its support for the new republic that had been established. Loyalists were forced to leave, with the result that some of them founded King’s Collegiate School in Nova Scotia.

Some people might be very surprised to learn that Sarva studied philosophy. However, it is important to note that philosophy covers a very wide range of topics with applications in a very wide range of fields, meaning that it is more useful than what a lot of people expect. For instance, when Sarva did his doctorate in philosophy, he did his dissertation in cognitive science. A field that is famous for borrowing from everything from anthropology and neuroscience to philosophy and psychology in order to get a better grasp of the human mind as well as its various processes.

7. Runs a Corporation that Provides Office Space to Other Businesses

For those who are unfamiliar, Sarva runs Knotel, which provides office space to other businesses. It is far from being the sole example of such companies that can be found out there. After all, its business model is by no means novel. However, Knotel has nonetheless managed to carve out a position for itself, as shown by how it operates on an international basis. Of course, its offerings are concentrated in a select number of cities, which makes sense because those are the places where its clients are based out of.

Generally speaking, when people think of businesses that rent the use of office space from companies such as Knotel, they think of start-ups. This is because there is a general assumption that once a business has managed to establish itself in its chosen field, it will secure its own office space for its own use. However, the times are changing on a constant basis, which in turn, means that businesses are changing on a constant basis as well. This can be seen in how Knotel specializes in serving mid-sized businesses as well as established clients, which have an appetite for its offerings as well.

9. Has Defended the Business Model As Being Capable of Surviving a Recession

Sarva has spoken out in defense of Knotel’s business model as being capable of surviving a recession. This was necessary because one of its competitors announced plans to launch an IPO, which prompted much discussion about its prospects. One of the biggest concerns that came up was how well such a business model would fare in a recession, which is bound to be problematic because businesses tend to reduce their workforces and thus their need for office space in which to put their workforces in recessions. Having said that, Knotel is in a better position to ride out a recession than a lot of its competitors because of its focus on established clients, which tend to be more capable of weathering economic shocks.

10. Interested in the Question of What Will Remain the Same

It is interesting to note that Sarva has mentioned a fascination with the question of what will remain the same in the future because the answer can serve as the basis of a promising idea. He believes that people will continue to want to work together in spite of technological advancements because in-person interaction makes for the most effective communication, which in turn, makes for the most effective results.