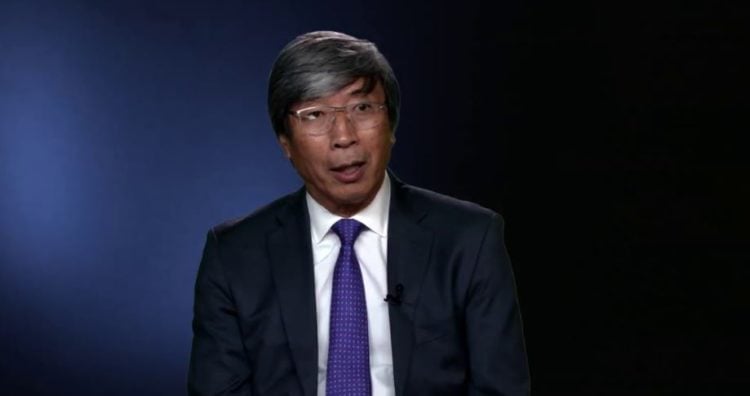 Patrick Soon-Shiong is a South African-American individual who is famous for a number of reasons. For example, he is a transplant surgeon. Similarly, he is the inventor of Abraxane, a drug that can be used to combat lung, breast, and pancreatic cancer. On top of this, Soon-Shiong is a successful businessman, so much so that he is a billionaire.

Soon-Shiong was born in the city of Gqeberha, which might be more familiar to interested individuals under the name of Port Elizabeth because the name change was a very recent one. Regardless, his birth happened on July 29 of 1952, meaning that this was under the Union of South Africa rather than its modern successor the Republic of South Africa. The transition happened in 1961, which was when the country became a republic before proceeding to leave the Commonwealth of Nations.

Background-wise, Soon-Shiong was born to Chinese immigrants who had fled from the brutal Japanese invasion of China that overlapped with the Second World War. Both of his parents were Hakka, a subgroup of Han Chinese whose name means “guest families.” In the present time, the Hakka are associated with a number of southern Chinese provinces. However, it is believed that they are descended from northern Han Chinese for the most part because their ancestors came from more northern Chinese provinces such as Henan and Hubei. Regardless, the Hakka being based in southern China contributed to them becoming one of the most diasporic subgroups of Han Chinese, so much so that their worldwide population is estimated to be between 80 million and 120 million.

3. His Ancestral Surname Is Wong

Soon-Shiong’s ancestral surname is Wong. Of course, this would be the Hakka romanization. However, there are a lot of other romanizations for the same surname because of its different pronunciations in different dialects and even different languages. For example, there are approximately 1 million Koreans surnamed Hwang. Similarly, there are approximately 5.7 million Vietnamese surnamed either Hoang or Huynh. For whatever reason, Soon-Shiong seems to have made a choice to use the personal component of his Chinese name as his surname in an English context.

4. Studied in a Wide Range of Places

Chances are good that interested individuals can guess that Soon-Shiong was educated in both South Africa and the United States. However, he was educated in Canada as well. In short, Soon-Shiong got his bachelor’s degree in medicine from the University of Witwatersrand before doing his medical internship at the General Hospital in Johannesburg. Afterwards, he got his master’s degree from the University of British Columbia in Canada before doing his surgical training at University of California, Los Angeles in the United States.

5. A Fellow of Two Educational Associations of Surgeons

6. Had a Number of Firsts as a Transplant Surgeon

As mentioned earlier, Soon-Shiong invented Abraxane. This was possible because he bought out a company named Fujisawa, which produced generic drugs. Afterwards, Soon-Shiong used its resources to develop Abraxane by wrapping an existing chemotherapy drug called Taxol in protein that made it easier to be delivered into cancerous tumors. Something that is important because much of cancer research is focused on getting the right treatments to the right places. Regardless, the swift success of Abraxane was how Soon-Shiong managed to make his fortune.

In September of 2011, Soon-Shiong founded NantWorks, which is a holding company for a number of tech companies involved in health as well as other sectors. For example, NantHealth is focused on creating as well as marketing healthcare solutions. Meanwhile, NantOmics is focused on molecular diagnostic products used in personalized cancer treatments. Other tech companies that fall under the NantWorks umbrella include but are not limited to NantCell, NantKwest, and Immunity Bio.

9. His Business Interests Aren’t Limited to the Healthcare Sector

It makes sense that Soon-Shiong would be focused on healthcare matters for the most part. After all, he started out as a transplant surgeon. Furthermore, the healthcare sector was the one in which he managed to make his fortune. However, it is important to note that Soon-Shiong isn’t limited to this single economic sector. To name examples, the tech companies included under the NantWorks umbrella include NantMobile, NantStudio, and NantCapital. The first is focused on mobile marketing while the second is focused on providing a soundstage for both traditional production and virtual production. As for the third, it is involved in investment as well as venture capital. As such, this is the reason that Soon-Shiong is also known for being a media proprietor. Indeed, he is notable for being one of the first Asian-Americans to have a significant ownership stake in a major U.S. newspaper, which happened when NantCapital agreed to buy both the Los Angeles Times and The San Diego Union-Tribune in 2018.

10. Married to Michele B. Chan

Soon-Shiong is married to Michele B. Chan, who is a somewhat notable individual in her own right. For those who are curious, she was once an actress. As such, Chan is best-known for having played a MacGyver character who impersonated the titular character’s deceased foster daughter. However, she was also in projects such as Hotel and Danger Bay. Nowadays, Chan is involved in running the aforementioned NantStudio as both its CEO and its founder.