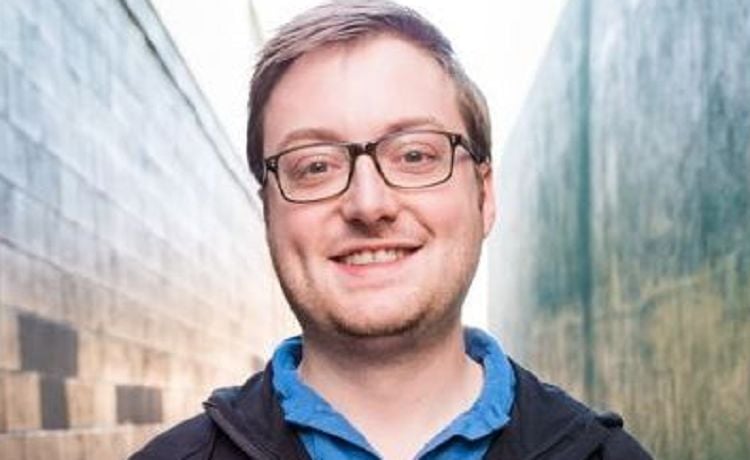 Given the corporation’s name, it is perhaps unsurprising to learn that it is focused on high-tech weapons of war. After all, Anduril seems to be a very blatant reference to J.R.R. Tolkien’s works.  The CEO of the company is a Cornell Grad by the name of Brian Schimpf, and we want to know more about him.

Schimpf went to Cornell University, which is one of the eight schools that make up the Ivy League. Said school was founded in a time when such institutions tended to focus on a very limited number of fields, which was why it stood out by being interested in every single field from the very start. Nowadays, Cornell University is a very competitive school with a number of well-known programs that range from architecture to international relations.

In school, one of the two subjects that Schimpf studied was operations research. Said field is focused on improving decision-making and nothing but improving decision-making. Something made possible by the use of mathematical methods to produce more objective data than otherwise possible. It is interesting to note that operations reseach came into existence for military use before being adopted by a wider and wider range of industries as time went on.

Schimpf was a member of Cornell University’s DARPA Urban Challenge team. For those who are unfamiliar, the DARPA Urban Challenge refers to the third DARPA Grand Challenge, in which participants had to build driverless cars meant to move in an urban area course. It was a major step-up in challenge compared to its predecessors because the driverless cars had to share the course with other competitors as well as other vehicles, meaning that their software had to account for these things in real time while still following the rules of the road. Cornell University was just one of the six teams that managed to finish the course, which was no mean accomplishment on its part.

5. Served As Director of Engineering At Palatir Technologies

Later on, Schimpf served as the director of engineering at Palantir Technologies, which specializes in big data analytics. Palantir is another example of a corporation named for something from Tolkien’s works. To be exact, the name was used for seeing stones that enabled their users to communicate over vast distances with one another. However, palantir has some pretty ominous connotations, seeing as how Saruman was corrupted while Denethor was cast into despair by Sauron while they were using the seeing stones.

6. Anduril Is Named For a Sword

Anduril is named for a sword. To be exact, it is named for the sword forged from the shards of an earlier sword named Narsil, Said sword has much more positive connotations than palantir. This is because it was broken in the fight against Sauron, though even then, its broken form was capable of cutting the One Ring from Sauron’s hand. On top of that, Narsil served as a symbol of kingship, thus making it a moment of considerable symbolic importance when it was reforged into Anduril.

Since Schimpf worked for a corporation that specialized in big data analytics, it should come as no surprise to learn that he has worked with commercial clients. However, it is interesting to note that Schimpf isn’t very interested in working with commercial clients. Apparently, as he sees it, they just aren’t as interesting as working with the government, with the defense department being a particular stand-out in this regard.

8. Claims to Be a Lifelong Democrat

Schimpf has claimted to be a lifelong Democrat. On its own, this isn’t particularly notable. After all, there are plenty of lifelong Democrats out there. However, what makes Schimpf’s claim unusual is that he is working with Palmer Luckey and Peter Thiel, both of whom are very notable for being major Trump supporters. Schimpf has gone to some length to distance Anduril from the perception of it being supportive of Trump, as shown by how he has claimed that its products will be useful in not just this presidential administration but also future presidential administrations.

Supposedly, Anduril came into existence when its leadership dreamed of building a defense company that they compared to Stark Industries from Marvel Comics. This is hilarious because Iron Man stories have been pretty conflicted about the defense industry to say the least. For example, the story of the movies in which Tony Stark decided to take his company out of the defense industry was by no means invented for that particular medium. However, there has also been times in which the character has taken a more supportive role of the defense industry as well as the way that it interacts with the U.S. government, which is pehaps unsurprising when he has been featured in so many stories worked on by so many people over the course of multiple decades and counting. In any case, Anduril is actually very involved with drones as well as artificial intelligence.

10. Has Been Building Anti-Drone Drones

One of Anduril’s first products was a monitoring system for the Mexican border, which didn’t exactly do wonders for its reputation among the rest of the tech industry because it was perceived as support for the Trump administration whether rightly or wrongly. Besides that, Anduril has been building anti-drone drones as well, which are meant to ram their counterparts out of the sky. This seems like a lucrative role for a couple of reasons. One, drones are becoming more and more common, particularly since they are affordable even by fighting forces that don’t have the budget of an entire nation backing them up. Two, air defense is in a period of adjustment to account for the increasing use of drones, meaning that there is plenty of interest in anti-drone products.