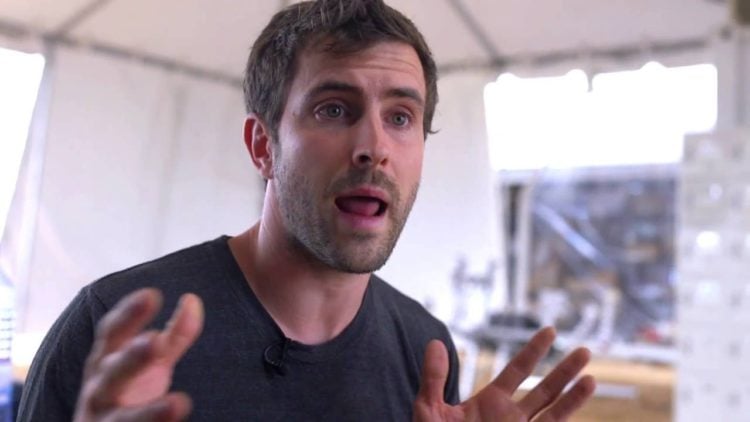 Keller Rinaudo is a co-founder of Zipline who now serves as the CEO of the corporation. Based on the name, some people might assume that Zipline is involved in tourism. However, that couldn’t be further from the case, seeing as how the corporation specializes in delivering critical products to where they need to be in a safe and reliable manner.

1. Was In the IB Program

Rinaudo went to high school in Phoenix, AZ. There, he was in the IB program, which refers to one of the four educational programs offered by the International Baccalaureate. For those who are curious, the IB program is meant to help its students become curious, compassionate, and knowledgeable individuals who will build a better world. As such, it puts a fair amount of emphasis on inter-cultural respect as well as inter-cultural understanding.

Later, Rinaudo went to Harvard University where he studied not one but two subjects. One subject was economics, which is believed to have come from the Greek οἰκονόμος meaning “household management.” This is supported by how the earliest uses of economics are related to this source. In contrast, the more modern meanings of economics didn’t emerge until the 1650s, meaning that they are relative latecomers.

Besides economics, Rinaudo studied biotech, which is a very broad concept that encompasses a very wide range of processes. In fact, even processes such as the cultivation of plants and the domestication of animals can be considered examples of biotech because they involve making improvements to the relevant species through careful breeding. Nowadays, we have more sophisticated tools with which to work our will on nature, though the old standbys continue to see use and can be expected to continue seeing use for the foreseeable future.

One of Rinaudo’s accomplishments at Harvard University was the building of molecular automata, meaning RNA and DNA computers that could operate within the cells of mammals. These were capable of operating as “molecular doctors” in the sense that they could diagnose pathological cells as well as measure gene transcription. Something that was impressive enough for Rinaudo’s research to be published in Nature Biotechnology in spite of his young age at the time.

Rinaudo happens to be very enthusiastic when it comes to rock climbing. For a time, he was even a professional rock climber, with the result that he has climbed at a wide range of locations situated all around the world. Besides this, it is interesting to note that he was the founder of the climbing wall at Harvard University, which started out as a relatively primitive construction but has since been turned into something much more impressive thanks to the enthusiasm of likeminded individuals.

Perhaps unsurprisingly, Rinaudo is multi-lingual. Naturally, he speaks English. However, he also speaks Spanish with enough proficiency that he can function on a professional level. Something that has presumably proven to be very helpful considering the international nature of his business. On top of this, Rinaudo has apparently put some time into learning Mandarin as well, though he has claimed no more than elementary proficiency when it comes to this particular language. For those who are unfamiliar, Mandarin refers to a number of spoken forms of Chinese that started out in Northern China. People who speak one kind of Mandarin Chinese can’t count on being understood by every other Mandarin speaker out there. However, Mandarin includes the kind of Mandarin that is spoken in Beijing, which is important because said dialect serve as the basis of what is considered to be Standard Chinese. Thanks to this, Mandarin enjoys the status of a lingua franca among Chinese speakers.

7. His Corporation Started Out Making Toys

Amusingly, Rinaudo’s corporation started out making toys. To be exact, its product could turn an iPhone into a toy robot, which was novel enough for it to find some initial success. However, it wasn’t too long before Rinaudo realized that there was no future in making toy robots because toys as a whole are getting pushed out of the market by other forms of entertainment. As a result, he decided to do something else that would enable him to add value to the world in some other way.

Apparently, Rinaudo thinks that boring is very compatible with robotics because the latter is perfect for handling very repetitive matters. This is the line of thought that caused him to start looking into logistics, which in turn, caused him to start looking into places where logistics posed more of a problem than elsewhere. Said process led him to East Africa, which is a part of the world where something like 85 percent of the roads are still unpaved. Something that has a very noticeable effect on motor vehicles for the worse.

9. Started Out with Rwanda

Rinaudo’s change of plan for his corporation started out with Rwanda. He made this choice for a couple of reasons. One, while Rwanda has seen massive improvements over the last couple of decades, it is still struggling with a lot of the same logistical challenges as the rest of East Africa. Two, the Rwandan government is a stable one that takes both healthcare and tech very seriously, thus making it a good starting point for Rinaudo’s Zipline to work with.

Zipline’s drones are a neat way to bypass the problem of poor infrastructure so that critical products can be delivered to where they need to be as soon as possible. However, it would be exaggerating to say that Rinaudo faces no problems. For instance, the very fact that his drones are transporting critical products means that they need different capabilities so that they can meet the different standards demanded for different items. Otherwise, he wouldn’t be able to deliver those critical products at all. Never mind doing so in an effective and efficient manner.