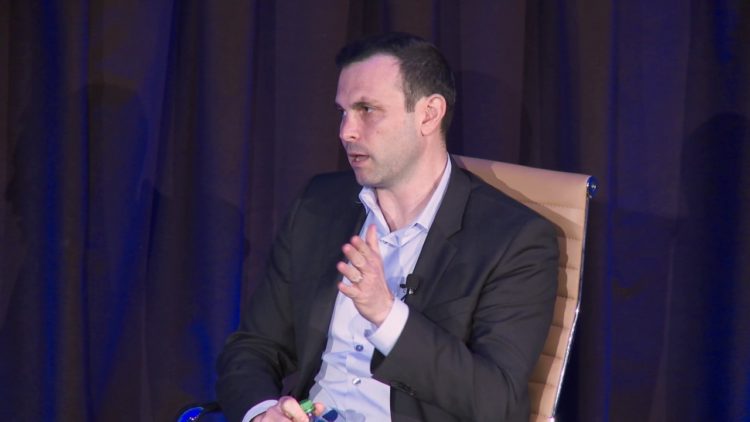 On March 1st, Jon Schlossberg, the founder of the on-demand payment platform, Even, will be stepping down from his position as CEO. Stepping into his shoes will be David Baga, the current COO of Lightspeed. Baga has a record in building and leading successful teams, having previously overseen exponential growth at the likes of Lyft and Rocket Lawyer. As Even move into the next phase of their development, it’s hoped that Baga will the man to lead them into profit. Find out more as we uncover ten things you didn’t know about David Baga.

On February 22, Even announced it had appointed Baga as its new CEO, effective March 1. He replaces co-founder and current CEO Jon Schlossberg, who will continue to serve at the company as executive chairman. Even, for those not acquainted with the start-up, is a responsible on-demand pay service that allows workers to access wages before payday. By offering early access to wages that have already been earned, Even is touted as an ethical alternative to payday lenders. According to its website, it’s managed to save customers over $150M in fees and interest that would otherwise have gone to payday lenders, banks, and credit card companies.

While Even has enjoyed significant success since it launched in 2014, it’s yet to make the kind of revenue returns it’s aiming for. Outgoing CEO Schlossberg admits he’s a product-minded CEO rather than an enterprise-growth CEO. While his strategy worked during the initial phase of the company’s development, he now believes Even needs a leader capable of focusing on increasing the business’s profitability. The company initially searched for a COO with enterprise sales experience, but after struggling to find any suitable candidates, they opened up the top job. It was then that they connected with Baga.

3. He spent five years at Oracle

4. His first startup experience was at Rocket Lawyer

After serving with Oracle for a little over five years, Baga moved on to pastures new in 2008. After serving as the General Manager for Information Builders for two years, he left the company in 2010 to become the Chief Revenue Officer at the newly launched start-up, Rocket Lawyer. The start-up’s mission to make legal services affordable to all Americans struck a chord with Baga, as did its potential for growth. When he joined the company, it had a payroll of just 20 people and annual revenue of $2 million. By the time he left in 2015, he’d managed to transform its fortunes to the extent it was generating over $40 million per year.

5. He left Lyft after it got too big

In August 2015, Baga took on the position of Chief Business Officer at Lyft. At that point, it was a tiny operation with a tiny payroll. Over the next four years, Baga played a crucial role in expanding the business. As well as developing enterprise and urban partnerships, he conceived the idea of Lyft Business and Lyft Health, a ridesharing product providing non-emergency health care transportation. By 2019, Lyft Business represented more than a quarter of all rides for the company. But by then, the company had grown too big for Baga, who’s admitted he prefers working for smaller organizations. After deciding to reset to a smaller operation, he stood down from his position at Lyft in September 2019.

6. He served as the COO for Lightspeed

Prior to joining Even, Baga’s most recent role has been as COO of venture capital firm, Lightspeed Venture Partners. In an email to TechCrunch, Baga described how his experience of working alongside entrepreneurs at Lightspeed inspired his desire to play a pivotal role in developing another company. “It has been a privilege to work with Lightspeed Ventures and I will always be grateful for the opportunity to be a part of such a fantastic organization,” he wrote. “At Lightspeed, I had a front-row seat to entrepreneurs sharing their vision to change the world. They inspired me to heed the call to build again.”

7. He wants to make a positive difference

Even might be a company that specializes in paychecks, but Baga’s reason for joining the company wasn’t motivated by the size of his own check. Speaking via wfmz.com, the new CEO revealed how he was drawn to Even because of the opportunity it presented to show that purpose-driven, for-profit enterprises can have a huge, positive impact on societal problems. “Even is solving valuable problems for Fortune 500 employers like retention and productivity, while also helping individual workers improve their financial resilience. It is a win/win equation,” he explained. “Even is the kind of purpose-driven organization that solves a pressing societal problem at scale, the kind of company that can do exceptionally well by doing good.”

8. He already has a plan of action

Baga will be taking the reins at Even on March 1, and he’s wasting no time in drawing up a plan of action. As well as scaling the company’s roster of customers, he’ll be preparing to take Even though a Series C round of funding. His top priorities in the short term, meanwhile, are to “help the team to get to know me, to understand the customers and our prospects, and to understand the product roadmap and strategy.”

9. He’s a board member of Points of Life

In addition to his regular work, Baga works alongside startups to advise on go-to-market strategies. He’s also an active board member for Points of Light, a global network that works on a nonprofit, nonpartisan basis to solve social problems through engagement and voluntary service. The charity currently works with around a million people in more than 250 cities across 37 countries.

10. He’s always been fascinated by technology

If there’s one thing that’s always fascinated Baga, it’s tech. Speaking via his bio page on lvsp.com, he says “I’ve always been fascinated with technology, from flying cars to space missions, science fiction has always captured my imagination.”