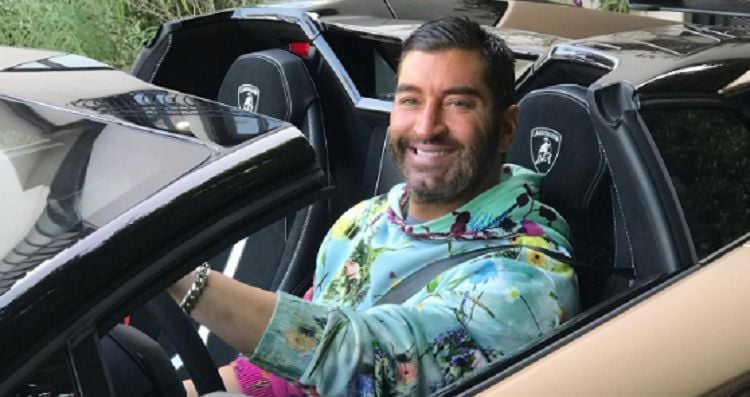 James Khuri is a serial entrepreneur who is the CEO of FJ Holdings and founder of Khuri Enterprises. As of 2016, sources revealed that he had a net worth of $400 million. His company, FJ Holdings, distributes merchandise on behalf of his clients like Amazon. Not many people knew of his existence until he got involved in an accident that claimed his secretary’s life. Today, more people are interested in learning how James Khuri achieved a net worth of $400 million, which this write-up will explain.

Who is James Khuri?

According to Tuko, James Khuri is an American entrepreneur, born on December 26, 1977, to Umaya Khuri and Fuad J. Khuri. He comes from Los Angeles, California, where he has business interests. He studied at Simon School of Business in Rochester, New York, where he got a Master’s degree in Business Administration. He’s currently divorced but has one child, Brendan Khuri, with his ex-wife.

How did James Khuri achieve his net worth of $400 million?

James Khuri’s net worth hit the $400 million mark by 2022. The multi-millionaire joined the real estate business before investing in trading cards to supplement his income. Here’s how Khuri made that much amount of money.

1. He is in the real estate business

After graduating with an MBA from Simon School of Business in Rochester, Khuri joined the real estate business in 2001. He began by investing in housing and medical buildings in Los Angeles and New York. His entrepreneurial prowess in real estate paid off as he made him a darling to many like-minded investors. It looks like real estate was a stepping stone to his inspiration for venturing into other businesses. An idea struck; how about producing and distributing products to online retailers. The idea was to expand his e-commerce business by handling merchandise distribution for the likes of Amazon. To make his deal worthwhile, he ventured into branded cards like Yu-Gi-Oh! Pokemon and other sports-related trading cards. According to Exact Net Worth, Khuri owns four real estate firms and five production and distribution firms. Forbes nicknamed him “a serial entrepreneur” after amassing up to $100 million through one of his companies. Khuri is a workaholic by nature, and it explains why he gets 4,000 orders per week. Some sources reveal that he’s distributed various items via Amazon to 136 countries. With zeal coupled with passion, don’t be surprised to hear that he’s beaten the likes of Amazon, Walmart, and Mercari, in the future.

2. He’s the CEO of Khuri Enterprises and FJ Holdings

Khuri’s net worth largely stems from his two most talked-about businesses- Khuri Enterprises and FJ Holdings. He founded his companies by taking a loan from the bank, an initiative he says is the quickest and easiest way of allowing the bank to own part of your shares.

The tycoon founded FJ Holdings, whose headquarters is in Rochester, New York, as a supply chain manager for trading cards and accessories. Its primary goal is to establish strong relationships between sellers and customers. Many retailers depend on the company to distribute and manage their inventory, including Amazon, Walmart, Dunham’s, Wegmans, and FYE/Transworld Entertainment. Currently, Khuri partners with Amazon and Walmart to streamline purchases ordered by customers through their websites. His company operates under systems mimicking Amazon’s “Fulfilled by Amazon.” Walmart’s “Fulfilled by Walmart” system also benefits from Khuri’s initiatives. One of the things that propelled Khuri’s net worth to hundreds of millions is a business he conducted, amassing $100 million in revenue at 27 years old. He developed an interest in trading cards at a young age, and it didn’t take time before venturing into the industry. The serial entrepreneur says that his most significant source of productivity is consistency. During one of his interviews, he projected that the company’s revenue would generate $200 million by 2021. It looks like he underestimated the value of his firm because he was worth $358 million by then, according to FilmSiyappa. By 2022, his net worth grew to $400 million.

Khuri founded Khuri Enterprises as a commercial and multi-family residential real estate company on April 4, 2001. The company is in Beverly Hills, California. With over 15 years of experience in real estate, Khuri understands the perks of buying and maintaining luxury (Class A) properties. The company works to transform old buildings by transferring ownership to them. In terms of success, Khuri Enterprises has demonstrated many reasons it is an industry leader. The tycoon has managed to own and control large commercial and multi-family properties in New York and California. The reason behind Khuri’s success is establishing a solid working relationship with clients and employees. To James, tenants, clients, and customers aren’t cash-cows. Instead, he believes everyone he meets deserves the best treatment, a win-win for everyone.

How does James Khuri spend his millions?

Currently, Khuri is the proud owner of a 3,941 sq ft mansion in North Hillcrest Road. His net worth and lifestyle entered the public limelight when his son, Brendan, got involved in a road accident that led to his injury and the death of Monique Munoz in 2021. Khuri had just bought his son a Lamborghini Urus for his 17th birthday. After recovering, Brendan was arrested and jailed for nine months for vehicular manslaughter and careless driving. The jury found the verdict unfair because Monique died on the spot. However, Khuri openly apologized to Monique’s family through his Instagram account.

James Khuri expects future earnings to hit the one-billion-dollar mark in the next few years. He credits his earnings from his position as CEO of FJ Holdings and Khuri Enterprises. Though the accident his son caused might have smeared his character, he remains hopeful that his growth will keep inspiring upcoming entrepreneurs. There is no such thing as making millions overnight for new entrepreneurs looking to be successful like James Khuri. It takes consistency and focusing on what you want to achieve at the end of each year. Starting a business at a young age was another source of inspiration that he swears by. He uses the same analogy to maintain strong working relationships with clients, tenants, and employees.