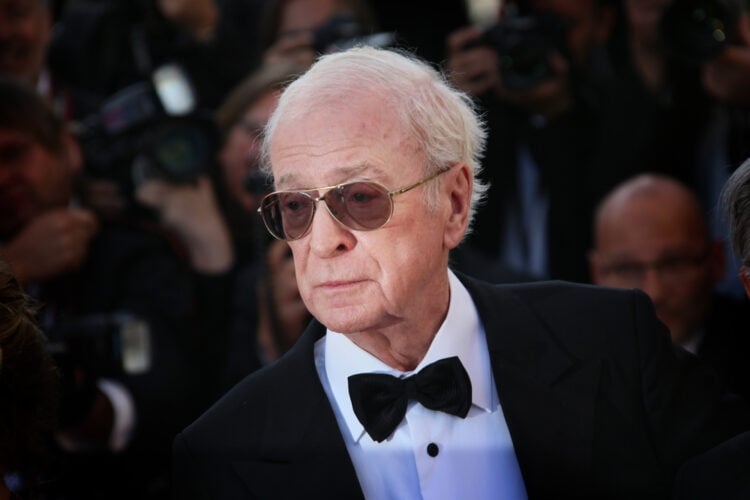 British actor Michael Caine has had a prolific more than 60 year career that has earned him a net worth of $75 million. He started his career in British theater and television before acting in films during the 1960’s. He made a name for himself during the 1960’s as an example of the “swinging ’60’s” and a cockney gangster. In fact, many parodies have been made about Caine’s famous cockney accent. Caine went on to regularly appear in film with many acclaimed roles and awards. During Caine’s decades long career, he’s had many critically acclaimed roles and some poorly received roles. In addition to his acting career, Michael Caine has written several memoirs and trivia books. He also released a CD of music. Sir Michael White was also knighted by Queen Elizabeth.

He was born in south London

Maurice Joseph Micklewhite was born on March 14, 1933 in south London. His mother, Ellen, worked as a cook. His father, Maurice, worked as a fish market porter. Ellen had an older son, David, who suffered from epilepsy and was kept in a mental institution his entire life. Michael Caine only learned about the existance of his older half brother after David’s death in 1992. Michael also has a younger brother. Growing up poor in south London, the future Michael Caine always appreciated his poor beginnings. It would also define his cockney accent that he never dropped when acting. He became interested in acting when he played a role in a school play of Cinderella when he was 10 years old. He earned a scholarship to Hackney Downs School and completed his education at Camberwell School in London. His interest in acting stayed with him. As he began his acting career, Michael Caine served in the British Army. He served from 1952 through 1954. He was stationed in West Germany for part of that time. He also served in Korea for the time. His military career influenced his outlook on life and politics. It also influenced his early movie roles.

While living in Sussex, Maurice Micklewhite answered an advertisement for an assistant stage manager. He got the job at the Westminster Repertory Company. He had small walk on parts in the plays that were performed by the Company. When he got a part in Wuthering Heights he took the stage name of Michael White. He got an apprenticeship with Jackson Stanley’s Standard Players and performed 9 plays at the Arcadia Theatre. Soon after Michael White moved to London and became an understudy in the Westside theatres. Because there was already an actor named Michael White, he changed his name to Michael Caine. He chose the name while on the telephone with his agent when he saw the marquee for the movie The Caine Mutiny. While working in the West End, Caine became friends with fellow actors Terrance Stamp and Peter O’Toole. In 1956, Michael Caine got his first movie role. He played a small part as a private in A Hill In Korea. Caine began to get roles in television series on the BBC network. In 1956 he stared in the play The Lark which ran on the television network. From 1957 through 1960, he appeared in the television series Dixon of Dock Green, Escape, Mister Charlesworth, The Caine Mutiny Court Martial, and Several.

His film career through the decades

Michael Caine had his big break in 1963 when he starred in the cockney comedy play Next Time I’ll Sing to You at the New Arts Theatre in London. The play got him noticed. In 1964 Caine was cast in the film Zulu which was shot in South in Africa. He went on to star inn the movie The Ipcress File, and in, Caine hade his real break out movie as the cockney lothario in Alfie. Michael Caine would continue to appear in films regularly, shooting 1 or 2 a year throughout his career. In 1969, he played Charlie Croker in the comedy caper film The Italian Job. The following year he was in Get Carter, and in 1972, Caine appeared with Laurence Olivier in Sleuth. Alfie, The Italian Job, Get Carter, and Sleuth would all be remade decades later with Caine making appearances in 2 of the remakes. Some critics would argue that Michael Caine would sell out and appear in bad movies for the money. In 1979 he was in The Swarm and Beyond the Poseidon Adventure. In 1984 he was in Blame It On Rio, and in 1987 he was in Jaws: The Revenge. However, Caine continued to take mostly good roles, many earned him Oscar nominations, and he won a few awards along the way. Some of Michael Caine’s best films were in the 1980’s and 1990’s. He starred in Educating Rita in 1983 which won a BAFTA and a Golden Globe award. Woody Allen’s Hannah and Her Sisters earned Caine his first Academy Award for Best Supporting Actor. 1986’s Mona Lisa earned Caine an Oscar nomination, and 1988’s Dirty Rotton Scoundrels with Steve Martin earned Caine a Golden Globe nomination. A decade later Caine won the Golden Globe award for his role in Little Voice. 1999’s The Cider House Rules earned Caine his second Academy Award for Best Supporting Actor. The movie is based on John Irving’s 1985 novel. Michael Caine continued to make good and mediocre movies through the 2000’s. People loved his comic role in Miss Congeniality. Caine won Golden Globe and British Academy Film awards as well as an Oscar nomination for Last Orders with Helen Mirrin. Other memorable roles for Caine were in Miss Congeniality, Quills, Austin Powers in Goldmember, the Batman Begins trilogy, Children of Men, Inception, Now You See Me and Intersteller. Caine’s 2015 movie Youth won the Cannes Film Festival award. Sir Michael Caine has voiced roles. He voiced characters in Cars 2 and Gnomeo and Juliet. He was one of several stars who read Hans Christian Anderson’s Little Clause Big Claus for the Giving Tales App aiding UNICEF.

Michael Caine has published 3 memoirs and 4 trivia books. His memoirs are 1992’s What’s It All About?, 2010’s The Elephant of Hollywood, and 2018’s Blowing the Bloody Doors Off and Other Lessons of Life. His trivia books include Not Many People Know That!, And Not Many People Know That!, Michael Caine’s Moving Picture Show, and Not Many People Know This Is 1988. Proceeds from Caine’s trivia books were donated to the UK charity, National Playing Fields Association which protects open spaces in British towns for sports and recreation. Caine released a CD of his favorite “chill out” music in 2007 with the encouragement of Elton John. Caine has always loved to make mixed tapes of his favorite relaxing music.

When he was an up and coming theater actor, Caine married Patricia Haines. They have a daughter, Dominique, and divorced in 1962. During the 1960’s Caine dated Edina Ronay, Natalie Wood, Bianca Jagger, and Jill St. John. Caine married actress and model Shakira Baksch in 1973. They have a daughter, Natasha. Caine’s best friends include Lawrence Olivier, John Lennon, Sean Connery, and Roger Moore. Much of Caine’s wealth has been spent on real estate. He’s joked that even his role in Jaws: The Revenge earned him a beautiful house. Over the years Caine had homes in London, Oxfordshire, Berkshire, Suffolk, and Beverly Hills. Today he and his wife have a home in Surrey, England and an apartment in Miami Beach, Florida. Always a man that has stuck to his roots, Caine also owns a flat in his hometown in London.