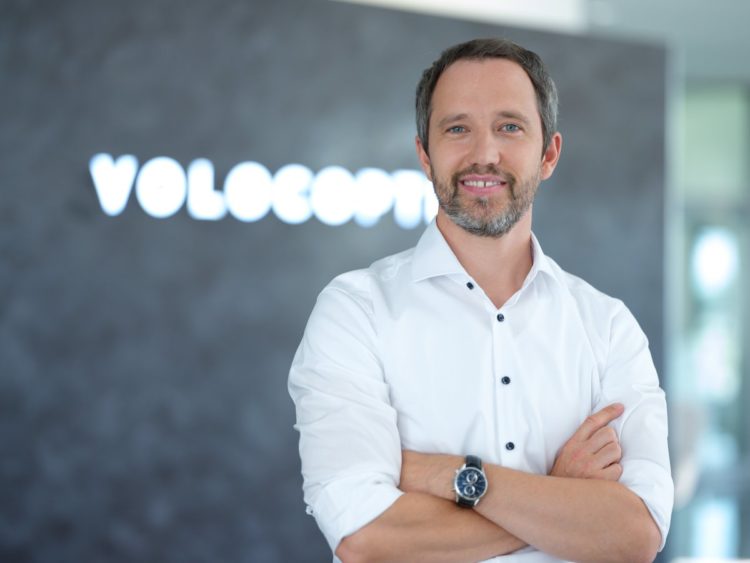 Florian Reuter has had an exciting career thanks to his passion for the technology industry. If there is one person who has had the privilege of seeing startups grow from the ground up, then it’s Reuter. From incubating small startups to being the CEO of a company that has raised over $241 million in funding, the business executive lives quite the dream. At his current job at Volocopter, Reuter uses his years of experience to position high-tech innovations in global markets strategically. Let’s help you know more about him through these ten facts.

He joined Volocopter in 2015 as the third managing director and fifth employee of the company. His main prior works were getting startups off the ground and translating technology into products. Since his passion had always been to join a startup, he could not let the chance to join Volocopter slip.

Under his leadership, the world witnessed the first-ever autonomous flight of an urban air taxi in Dubai, 2017. An agreement was signed between the Dubai government and Volocopter for five years to test its Volocopter. The trials were scheduled to run for five years in collaboration with the road and transport authority. This development came as Dubai seeks to make a quarter of its passenger travel dependent on autonomous transport by 2030. The electric air taxi was also tested in Paris. At the event, Florian Reuter said that they wanted to use the special occasion to present a world premiere, to allow people to see and feel the Volocopter taxi. He said it was safe, all-electric, and quiet. He asked people to enjoy the Volocity. Volocopter has also teamed up with Fraport, which operates Frankfurt Airport. The two partners aim at developing passenger processes and airport infrastructure to improve air taxi services at airports. The concept is ‘Volocopter Port,’ according to Global Shakers.

When Reuter was hired to be the CEO of Volocopter in 2015, the business and its documentation were German. After his appointment, he wanted the entire firm to use English instead of its native German, according to Business Insider. The change was in line with the becoming an international leader of the new transportation mode, instead of limiting themselves to operating within Germany. Reuter noted that if they stayed in German and just hired locally, they would never get the level of excellence they needed to achieve their vision. Since making the switch in 2017, Volocopter has grown from 15 people to over 100, with plans to build a team of thousands to bring personal air travel to cities worldwide.

4. Never Flown In A Volocopter.

Despite being at the helm for over five years now, he has never flown in the products he helps create. Reuter explained the technology hasn’t matured yet, and they don’t want to risk anything extreme at this stage. Although Volocopter has done unpiloted flights for some time now, he insists that there is a need to instill trust in the public, starting with piloted flights. Reuter said the company was a little more than two years away from final certification at an event in Paris. He added that the goal was to have the first commercial routes launched towards the end of 2022, hopefully in Paris.

5. Was Inspired By A Movie

Reuter is inspired by “The Fifth Element,” a 1997 sci-fi/fantasy film featuring disturbing scenes of flying cars nose-diving. Asked whether he saw the future depicted in the film being positive, he noted that it is up to us to determine how we want to use technology. He stated that he had not looked at the film that way before, saying he had to rethink that analogy.

6. He Has Worked in Six Countries

The CEO has worked in more than four countries: France, Germany, Scotland, UK, the USA, and Singapore. He once worked as a project manager for Contrium Consulting, where he undertook assignments in the USA, Southeast Asia, and Europe. Based in Scotland, he worked as the director and board chairman of SESMOS, a life-sciences startup founded by Siemens. Reuter later moved to Munich as a venture manager for Siemens startup programs. His work also has him moving to different countries, including Dubai and Singapore, for tests on their Volocopter.

7. Can Speak In Four Languages

He is fluent in four languages: German, English, French, and Spanish. His native language is German. However, due to the years spent working in different countries, he had to learn other languages. He became fluent in Spanish when studying at the University of Barcelona for his economics and law degree.

He holds an automotive engineering degree from the Karlsruhe University of Technology; Reuter was also a student consulting firm member. He also pursued economics and law at the University of Barcelona, under the Erasmus scholarship.

He started working for Siemens as director and chairman of the board at SESMOS Ltd, a life-sciences startup founded jointly by Siemens, Scottish Enterprise, and the University of Edinburgh. He worked as a venture manager for the Siemens Technology Accelerator program from June 2009 to June 2012. The program was responsible for commercializing innovative Siemens technology via Sale/Licensing or the foundation of a spin-off company. Reuter was also a venture manager for the Siemens Novel Business program, which pursues disruptive business opportunities for Siemens via startups’ creation.

10. He Leads a Private Life

He likes keeping his personal affairs private. Despite him being a big shot in the technology industry, very little is known about Reuter. Many of his interviews take a work-related tone early in the interview and stay that way throughout. He rarely discusses issues in interviews except those concerning Volocopter.