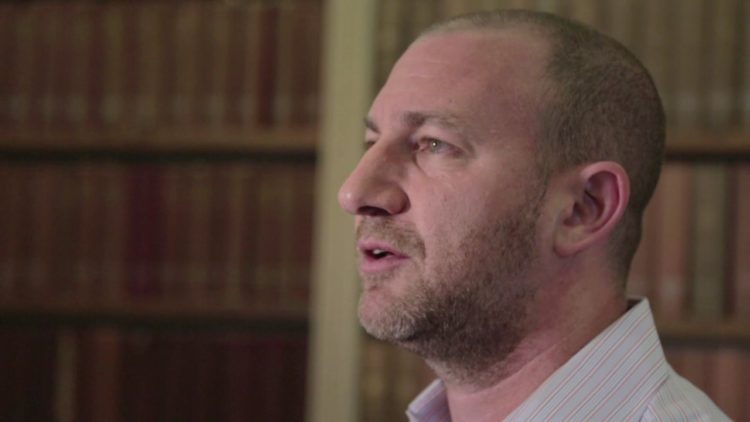 Most businessmen find a line of business and stick to it. Not Assaf Wand. He is a serial entrepreneur with various launches which have done impressively well. Currently, he is the CEO and co-founder of Hippo Insurance, a company that aims to have the lion’s share in the $100 billion insurance market. Seems like it is on its way to achieving this goal, as the company is gaining great traction in the market with its excellent services and business model. As a result, Hippo Insurance and its CEO Assaf Wand have been getting a lot of attention lately. If you are curious to know more about the man behind this growing company, this article reveals some lesser-known facts about him.

Who is Assaf Wand?

Assaf Wand is the co-founder of Hippo Insurance, an insurtech startup based in Palo Alto, California. Hippo Insurance is providing homeowners with insurance covers at a rate of 25% less than its competitors. He grew up in Israel and went to the University of Chicago’s Booth School of Busienss  for his MBA in finance and also acquired a law degree in Israel. Wand has had stints in various jobs and achieved varying levels of success in each. His first job was as a stock trader in Israel, a job that he worked at to support himself while studying for his law degree.

Assaf Wand has an LLB in law from IDC Herzliya in Israel. He stated that he got his degree due to his mother’s insistence. He had to finish and graduate because his mother couldn’t understand how he’d get a degree if he didn’t graduate. He doesn’t practice however as his interest has always been in entrepreneurship and not law. He also has an MBA from University of Chicago’s Booth School of Business which he puts into practice daily in his ventures.

2. He was in the military in Israel

Wand stated in an interview with Alejandro Cremades, that in Israel they all have to do military first before one was allowed to progress to their other ambitions. During this period, he was made Captain in the Air Force. He later started his undergrad at 24 years of age.

As aforementioned, Assaf Wand is a serial entrepreneur. He has had various stints in startups that have been equally successful. His first startup was a service company, with his coworkers at his junior venture capitalist job.

4. He knows how to tap a market

After the startup failed, he co-founded 2 other companies. One of the companies he started ended up building the biggest multi-tenant business tower in India. They built cellular towers businesses in India. The venture was angled towards the Telco business which he says can be profitable if handled well. The second company was an internet provider in places with low internet reception. They launched the business in Uganda, Mozambique, and Tanzania. They, however, had to stop some of these operations due to a cut in funding.

5. He does different businesses all the time

After his Telco stunt, his next startup was Sabi. Sabi is a Japanese word that loosely translates to beauty in aging. This was a whole different business model than his previous ones. According to Inc, his product line provided items to the elderly such as pill dispensers and water carafes to help them take their pills in public.

6. He is a chip designer

While digging for his next big thing after the Telco business, he thought of better ways to design chips. He said in an interview that he is a cyber guy. That is how he got the idea for Sabi. Sabi made lifestyle products that were geriatric.

7. He is quite the fashionista

His company is not the formal type and he rarely dresses up but when Wand meets up with other retailers, he dresses in his favorite Cashmere Regent Peacoat which is distinctive in its design and can be worn with even jeans. The coat costs $1,250.

A lot of people hold on to things that mean so much to them and for Assaf Wand, it his watch. The watch is a Bell & Ross BR123 Officer watch that costs $3300. He bought the watch back in 2005 when he got his MBA from the University of Chicago He says that he likes the watch since he has never had to replace it. Additionally, the watch is simple and its straps are made out of genuine leather.

9. He has a routine which he likes sticking to

Wand’s day starts at 4 am. He checks on his emails and makes a few calls to retailers and team before noon. He appreciates the predictability and glow that a simple routine provides and says it doesn’t mess up with his usual work schedule.

10. His main start-up advice is research

According to Forbes, Assaf Wand is a fan of conducting extensive research on the field you want to dive in. Case in point is his previous baby boomers start-up Sabi. He realized that a big percentage of the wealth in circulation belongs to people in the age gap of over 50 years old.

Since these people usually have complications mostly due to age, he sought to make life easier for them thus partnering with designer Yves Behar to create his unique pill dispensers that would help make their medicine ingestion easier. He has also stated that he sometimes goes on Amazon to research and analyze the ratings and reviews of similar products in the market. This way, he gets a glimpse of what consumers think and how best he can improve his company’s products for them.

Assaf Wand has managed to break even with most, if not all of his startups. Some might even say that he has the Midas’ touch. He knows exactly when to call it quits, mostly if his business idea isn’t being envisioned as he wanted, and this quality makes him a successful businessman.