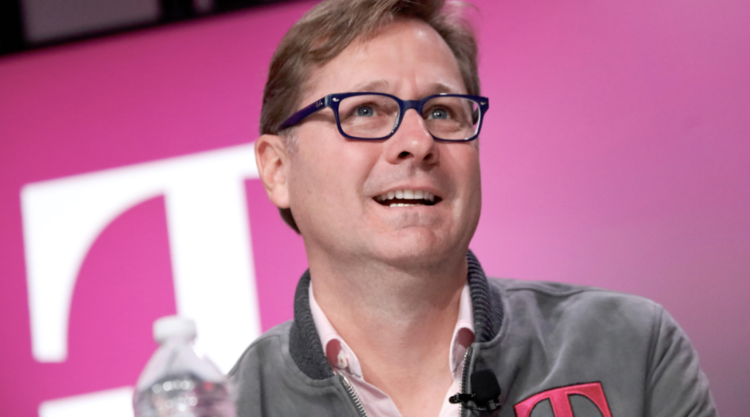 Mike Sievert will be the new CEO of T-Mobile. He brings decades of experience in executive leadership to the position as he prepares to take the helm from John Legere, who recently stepped down. For those of you who are not familiar with Mr. Sievert, we offer an overview of his past career and a few notable things about his personal life. He is an interesting leader who has a lot of insight to offer T-Mobile as he leads them into 2020 and beyond. Here are 20 things about Mike Sievert that you probably didn’t know.

1. He was educated at The Wharton School

After Mike Sievert graduated from high school, he went on to enroll in college. He started his program in Economics, Marketing, and Management, in 1987 at the prestigious Wharton School at the University of Pennsylvania. He completed his program of study and graduated from the institution with his bachelor’s of science degree in 1991.

2. He worked at Proctor and Gamble

Prior to graduating with his college degree, Mr. Sievert was employed with the Procter & Gamble corporation. He worked in the Brand management division. He joined the company in 1990, one year before he earned his college degree. he spent 6 years of his early career with Procter& Gamble, leaving in 1996.

3. Mike was employed at IBM

While he was still establishing his career, Mr. Sievert was hired at the IBM PC Worldwide company in the Product Management division as a program director. He accepted this position immediately upon leaving Procter & Gamble in 1996. He remained in this position until October of 1998 spending 2 years and 2 months

Mike left IBM when he was hired at E*Trade Financial as the Chief Sales and Marketing Officer in October of 1998. Here, we see a pattern of progressive responsibility as he moved from one position to another. Mr. Sievert was responsible for the sales and marketing staff in achieving the established sales goals for the company, as well as in the advertisement campaigns aimed at bringing in new customers. He spent a total of 3 years and 1 month employed with E*Trade Financial in October of 2001.

With just over a decade of management experience under his belt, Mike Sievert was hired at AT&T Wireless in the position of Executive Vice President and Chief Marketing Officer. His previous experience helped him to gain the knowledge and experience that qualified him for this advanced job. This was his first executive assignment. He joined AT&T in February of 2002 and he served in the position until February of 2005, dedicating 3 years and one month to the company.

6. He was hired at Microsoft

In February of 2005, Mike was hired at Microsoft. He was brought on board in the position of Corporate Vice President, Global Windows Group. This was a position that gave him yet another step up on the ladder of success in the business world. It also provided him with yet more diversity in his knowledge of how large businesses operate and the differences from one operation to another. This helps to promote the skill of adaptability and versatility. He maintained this leadership position until February of 2008 for a total of 3 years and one month with the company.

7. Mike Sievert is an entrepreneur

Sievers is the co-founder of Switchbox Labs Inc. He and his partner established the new company in March of 2008, and he left his position at Microsoft to devote his undivided attention to the development of his new business. he served as the chief operating officer of Switchbox Labs, Inc. for 1 year and 3 months before the company was acquired by Lenovo, Inc. in May of 2009.

8. He worked for Clearwire

After creating his own company, building it up and then selling it to Lenovo, Mike Sievert joined the team at Clearwire. He was hired as the Chief Commercial Officer and Chairman of the Operating Committee. He began this post in May of 2009, and remained with the Kirkland, Washington company until June of 2011, spending 2 years and 2 months in a leadership position, learning the ins and outs of managing the communications giant.

9. He spent time as an investor and entrepreneur

In February of 2008, Mike began making investments in a variety of new Seattle area technology startups. He had a keen sense of business and a good intuition when it came to choosing those that were the most likely to succeed in their chosen niches. For the past 12 years, he has been investing in a variety of companies and has also served as an advisor for some, co-founder, and at times, the interim CEO. His name is well-known in the tech community as a benefactor and powerful advisor for those who have a new idea and a desire to launch a new company within this sector, in the greater Seattle area.

10. He joined T-Mobile as COO and President

11. He has been named as the next Chief Executive Officer of T-Mobile

In November of 2019, John Legere made the announcement that he was stepping down from the position of CEO and handing over the reigns to Mike Sievert. This recent decision will advance Mike to a higher position of executive leadership within the company. He has big shoes to fill but the board has worked with him for several years and has full confidence in his abilities to lead the company into 2020 in a positive direction.

12. Legere set up a large merger that Sievert will follow

When John Legere set up the deal that would conclude in a merger of T-mobile and Sprint, he had already made the decision to leave T-Mobile’s top leadership position. He wanted to see the deal through before handing over the reins to Sievert. The deal is confirmed to be for a total of $26 billion and Siever will become CEO when the merger has closed.

13. T-Mobile has planned to make Sievert CEO for some time

We also learned that there has been an ongoing discussion about Mike Sievert among those in charge at T-Mobile. The plan to put Mike in the position of CEO has been under development for an undisclosed but confirmed a lengthy amount of time. Sievert’s performance at T-Mobile cemented his future and built confidence in his abilities to lead the company forward after Legere departs.

14. He enters the job with an unknown future

In a recent interview, Sievert was asked about the major shifts which have been announced for T-Mobile with Legere’s departure. Although Sievert has been in the know about the merger and many of the projected changes which are going to be implemented when asked what to expect from the new merger she was clear that he as “no idea” about what will be in store for the company. It’s going to be an interesting year for the expansion of the company and that is one thing that we know for certain. There is a lot that is yet unknown, although the team has done its strategic planning. With regard to the market, it’s tough at this point to predict what the outcome is going to be.

15. Mike Sievert has a generous compensation package at T-Mobile

16. Mike believes in encouraging the young leaders of tomorrow

Sievert joined forces with Johne Legere in sponsoring a competitive event that encouraged young people who have a desire to become entrepreneurs to come up with their own business ideas and then make a pitch for funding. This is just one of the ways that he actively participates in gi ing back to the community. The competition is titled “Changemaker.

We were very pleased with the information that we found about Mike Siever on his Twitter account. If you want to know more about a person this is one of the best resources. The posts that we make as an individual tells our friends and followers a great deal about how we feel about certain topics, our world views, and our favorite things. If you’re interested in learning more about Mike and keeping up on what’s going on in his life then this is a great resource.

18. He shares his favorite things with the world

Mike Sievert is a really open and cordial guy. He makes some great posts on his Twitter account that are cheerful and optimistic. From what we can tell, it seems that he’s high on life and he appreciates all of the small things that bring him enjoyment. For instance, he shared that he is enthusiastic about aviation and Maritime so we know that he loves the ocean, the sky, aircraft, and boats. In addition to being a busy executive, he takes the time to enjoy the little things as well as posting about them in his online muses.

Here is a bit of trivia that you might not have known about Mike Siever. Although it’s a small thing, it’s not to him. He shared that he loves enjoying a great cup of coffee. He also went on to say that on an average day he drinks several. He is living in the right place for it certainly. Seattle and the surrounding area are known for their premium coffee shops including the world-famous Starbucks, Seattle Coffee, and more.

20. His father has been his inspiration

Mike shares a lot of fun things on his Twitter account, but he also talks about some things that are very important and personal. He was discussing the National Entrepreneurs Day with a hashtag, and it reminded him of his father. Sievert shared that the only reason that he has achieved his current level of success in the business world today is because of his father. He Tweeted that his dad imparted his own entrepreneurial spirit to Mike from the time that he was a small child and he continued to reinforce these values. He also shared that his father was a “talented marketing entrepreneur.” Mike went on to say that he misses his dad, who has passed on. He is a husband as well as a father and he enjoys his family very much. Mike Sievert has a great sense of humor but he is also appropriately serious when the situation calls for it. In most of the photos we’ve seen of him he is either goofing off and smiling brightly or giving a serious presentation to a group of professionals. He fits well into either scenario as a very well-balanced guy that we wish the very best of success as he moves into his new position at the helm of T-Mobile in 2020.