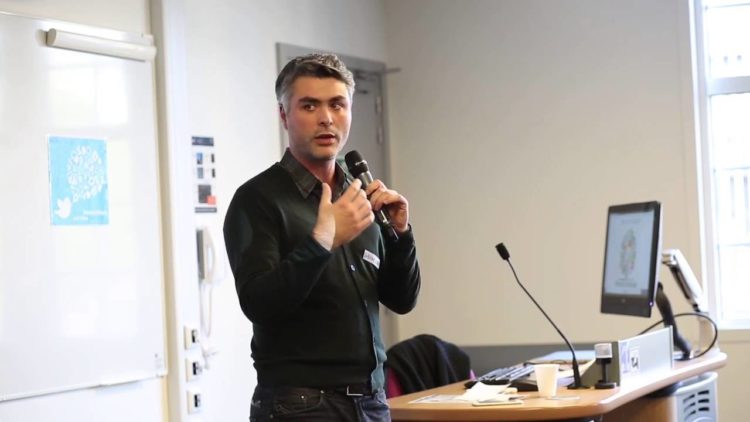 What do you know about Sokratis Papafloratos? Perhaps you’re already aware that he is the CEO of Numan, a company that specializes in all things about men’s health. That said, what else do you really know about him as an individual? Much of the time, it’s easier to understand why a CEO runs a company in the manner that they do if you can learn something about the individual in question. Here are 10 things about him that you might be curious to know.

1. This is only his second venture into creating his own startup

His first company, Trusted Places, was a huge success. In fact, he developed the company in 2005 and then sold it five years later for an undisclosed profit. Since one of his primary reasons for moving to the UK was to start a business, he was happy that he was able to be so successful with his first startup. Of course, he took the lessons he learned the first time around and applied them to this particular startup called Numan. In short, his newest business endeavor is all about improving men’s health through the use of a digital platform.

In 1997, he made the decision to move to the UK with the express purpose of starting a business. He also wanted to study. Almost as soon as he got there, he began his studies and then went public with his first startup less than 10 years later, in 2005. As such, he has become one of the success stories that so many entrepreneurs dream of.

His current company has grown a great deal since he initially developed it, even to the point of employing 130 people. By all accounts, it looks like he will eventually be hiring additional staff because the company is continuing to expand. Recently, they acquired Honest Health, a company based in the UK that helps men with hair loss. He plans to continue expanding, which will inevitably mean that he needs to hire more people.

Currently, he has more than 200,000 UK-based customers who are utilizing his services. That speaks volumes for the quality of the company alone. In addition, it helps to set his company up for an additional expansion, something that he has been interested in doing for some time.

5. He has a great deal of passion

One thing he has never been accused of is not having enough passion. In fact, he says that if anything, he has always been overly passionate about the things that matter most to him. He has said in the past that he sometimes has a laser-like focus, even to the point of not eating or sleeping as much as he should in order to achieve his goals. That has helped him do well in both his studies and his business endeavors, as evidenced by the success of both his previous startup and this one.

6. He had to learn that passion isn’t the only thing that matters

However, he says that he has had to learn the hard way that passion isn’t the only thing that matters. He says that at the end of the day, it really comes down to having a solid business plan that you truly believe in and then sticking to it. He has also commented that it is equally important to bring people along with you that believe in what you’re doing as much as you believe in it yourself. Only then do you have the greatest potential for success because it ensures that everyone is on the same page and working toward a singular goal.

7. He wants to help people feel their best

He’s adamant that he wants to help people feel the best that they can possibly feel. He says that this desire is what drove him to create this particular startup in the first place. He loves living in London but he noticed that a lot of people were dealing with similar problems, yet not necessarily getting anything done about those health issues. That gave him the idea of creating a digital health platform that would provide easier access, thereby potentially helping more individuals. For him, it’s just one more avenue that he uses to help people in any way he can, something that he has been passionate about doing throughout his life.

8. He’s all about holistic health

He has been a supporter of holistic health for a number of years. In fact, he has often commented that people go to the doctor and get a prescription for something, only to end up with three or four other issues as a direct result of taking that prescription. Those issues then have to be dealt with, and it creates a cascade where a person is taking multiple prescriptions and experiencing the side effects of each one. He strongly feels that it is more important to focus on holistic health because it can solve many of these health issues without causing such side effects. More importantly, it gets to the root cause of the problem as opposed to merely covering up the symptoms.

9. He studied engineering before he realized where his true passion lies

When he first moved to London, he studied engineering. He believed that was where his passion was its strongest. It wasn’t until he had completed his degree that he started to realize that he was far more interested in helping people live longer, healthier lives through holistic health. That is what prompted him to create Numan in the first place.

10. His goal is to reach out to those who need help the most

Aside from the aforementioned problem with prescription medications, he knows that another major issue preventing people from getting the medical help they need is that they simply don’t have access to it. He says himself that he has seen what it is like to have to wait for eight months or more to get an appointment for something that really should be addressed within a few weeks. By creating this digital health platform that deals with everything from hair loss to breathing issues, he is providing an alternative to the individuals who have become frustrated with the medical system. As far as he’s concerned, it’s all about helping other people live their best lives, something that he firmly believes is impossible to do when you’re struggling with health issues day after day.