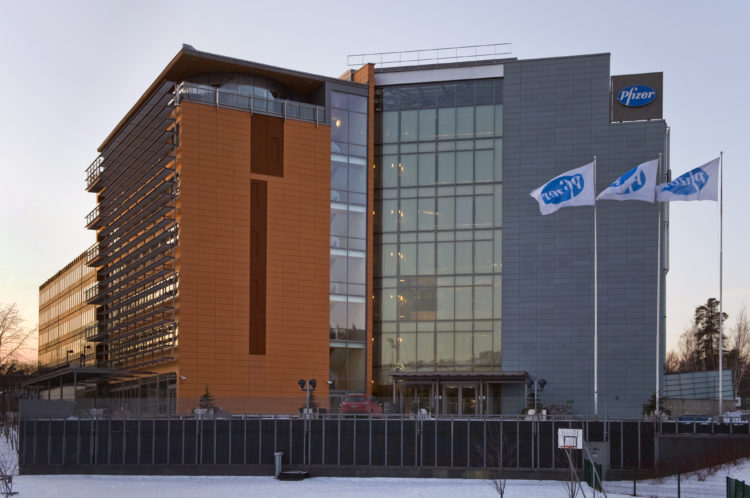 Though Pfizer currently does not have any of the top 10 drugs on the overall pharmaceutical market in 2019, it does have a long history of making very profitable drugs that fall into one of six major categories:

The tobacco addiction fighting drug Chantix falls into the last category, but the company makes the lion’s share of its money in the top category of internal medicine drugs. To complicate matters, its Prevnar 13 line continues to be the most critical in terms of potential future revenue growth, along with several others that will be briefly mentioned at the end of the article. While this list is important to check out, it is also likely to change as 2019 and 2020 unfold and the company reveals its future potential profit makers.

One reason this drug makes the top of the list is that it marketed both in the United States and Europe, and has multiple promotion agreements that increase its exposure. Amgen has taken over the marketing responsibilities in the U.S. while Pfizer has committed itself to European countries. Pfizer also reached an agreement with the Takeda Pharmaceutical Company to expend its reach into Japan. The drug works to combat autoimmune diseases such as RA (rheumatoid arthritis) and psoriasis.

The increasing number of diagnoses of DVT (Deep Vein Thrombosis) that correlates with a growing population of aging people worldwide, continues to keep this drug in high demand. Diagnoses of PAD (Peripheral Artery Disease) are also on the rise, and both contribute to the problem of atrial fibrillation, which the drug is also used for. As an anticoagulant that thins the blood so it may flow more freely throughout the body, its sales numbers have grown by more than 120%. Bristol-Myers also manufactures the drug, yet even with this competition Pfizer clearly has found a winner with this drug.

Many people have been vaccinated with this drug in their lifetime as it is usually administered to children but has recently been recommended by the Center for Disease Control (CDC) to be given to adults over the age of 65. The drug is designed to combat the most common types of bacteria that cause sepsis, meningitis, and pneumonia. It is exclusive manufactured and marketed by Pfizer, and has been the de facto standard for vaccinating people against respiratory bacteria.

Most people have seen the ads on TV for this drug, which has recently seen declining sales (the reason for more TV ads). But it has a wide variety of medical applications and its versatility is one of the reasons for its popularity. It can be used to treat fibromyalgia, diabetic peripheral neuropathy, and pain that is associated with an injury to the spinal cord. Technically it is an anti-epileptic drug, but it is important to note that the patent on Lyrica is approaching its expiration date.

As one of the most prescribed and well-known anti-cholesterol drugs on the market, Lipitor has become a household name for many people. It is created to reduce the cholesterol and triglyceride levels in the body, and has done so with remarkable success. One of the problems is that its patent expired some 7 years ago, so other companies are now jumping into the fray and trying to duplicate its chemical structure. What many people don’t know is that despite its reputation as a cholesterol killer, it is also used to treat type 2 diabetes and high blood pressure.

Of the list, 4 of these drugs are targeting internal medicine issues, but the growing segment of oncology drugs is also proving to successful and the future of Pfizer profits. One drug that has huge profit potential is Bavencio, having been given the green light by the FDA for treating Merkel cell carcinoma (cancer) with some analysts saying it can pass the sales of Prevnar soon. However, while Bavencio has a huge upside potential for revenue, the profits will be split with Merck KG&A, reducing Pfizer’s bottom line profit. There is also Xtandi which targets the growing number of prostate cancer cases, and Ibrance, which has gotten some TV time as a breast cancer fighting drug.