Home
Lifestyle
How Much Does a Hair Transplant Cost?
Prev Article Next Article 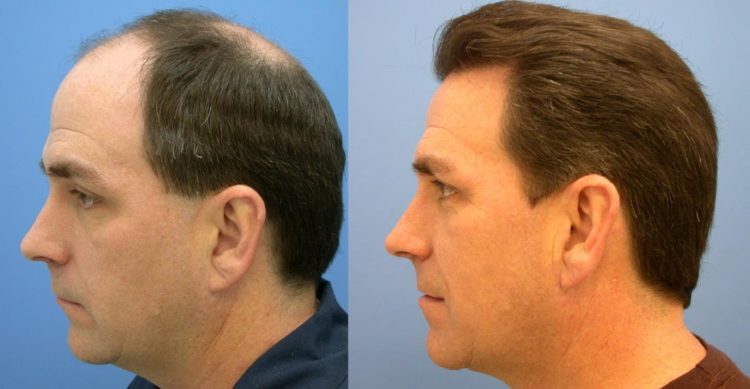 People have been concerned about baldness for a very long time. For proof, look no further than the fact that Julius Caesar is said to have had a comb-over, which was combined with the wearing of a laurel crown to conceal the fact that he had been either bald or balding. Something that must have been particularly amusing for a lot of people because the name Caesar is believed to have meant something along the lines of “having a full head of hair.”

Regardless, the importance of hair means that it should come as no surprise to learn that there was immense interest in the transplantation of hair follicles as soon as the latest medical science had made it more than the stuff of fantasy. Sometimes, hair transplantation is used to treat male pattern baldness. However, it is important to note that it has plenty of other uses, with one excellent example being the treatment of scars.

In effect, the two methods can have a huge impact on a number of important considerations. For example, strip harvesting tends to be faster, which in turn, means lower costs for the patient because of lower labor needs. Meanwhile, follicular unit extraction means a longer, much more laborious process that is much more demanding on the cosmetic surgeon in exchange for reduced discomfort, reduced scarring, and even a faster recovery time. On top of this, there are restrictions on who can and cannot have follicular unit extraction performed on them, meaning that it isn’t an option for some patients.

How Much Does a Hair Transplant Cost?

Moving on, there are a number of factors that can influence the cost of hair transplantation. For example, the place where the patient lives can have a huge impact because of the number of local cosmetic surgeons. Likewise, cosmetic surgeons with more expertise and experience tend to charge more than those lack such, though it should be mentioned that this isn’t a universal truth because a higher cost does not guarantee better treatment. Having said this, the number of hair follicles that will need to be transplanted will have a huge effect on the price as well, which makes sense because more hair means a more need for the cosmetic surgeon’s time.

What Are Some Other Considerations for a Hair Transplant?

Speaking of which, cost should never be the sole consideration when it comes to choosing between options for hair transplantation. After all, the procedure comes with a wide range of potential complications that include but are not limited to infection, inflammation, failure for the hair follicles to take, and strange appearances because the hair follicles were transplanted at a bad angle. As a result, while cost is an important consideration when choosing between cosmetic surgeons, choosing a competent cosmetic surgeon who can minimize the risks of a bad outcome is critical. Something that is particularly true because a bad outcome can force the expenditure of more time as well as more money.

For that matter, some interested individuals might want to look into some other possibilities as well. Nowadays, there are a couple of options when it comes to medication for treating hair loss. Likewise, there is laser therapy as well, which can be used to stimulate the relevant cells for better hair retention. None of these methods are perfect, but they are nonetheless legitimate alternatives that interested individuals shouldn’t dismiss out of hand.