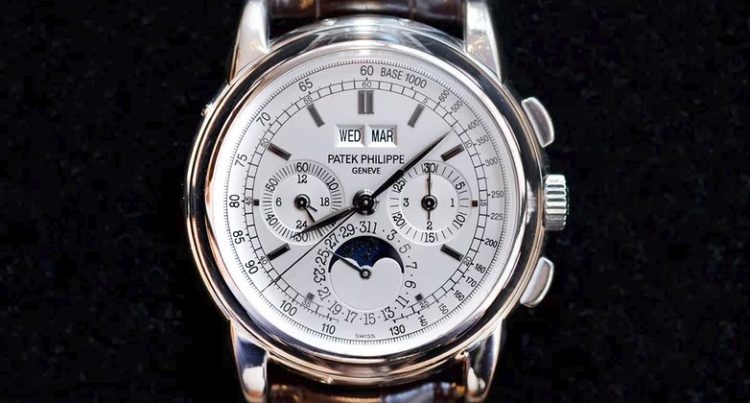 After a 20-year run as the president of the company, Philippe Stern decided it was time that he handed over the reins to his son, Thierry. The Patek Philippe Ref. 5970 was the first watch designed by Thierry Stern and it took him almost two years to develop. The only advice given to him by his father was that he should make his own choices. While it is now seven years since this watch was produced, it remains a much sought-after piece and is valued at whatever collectors are willing to pay for the honor of owning such a fine watch.

Thierry decided to design a watch that was suitable for both his generation and his father’s. He wanted to reflect the family history in the company by creating something that was equally suitable for both generations. Therefore, this watch is designed in a classic manner with touches of modernity in its features.

The Ref. 5970 was eventually launched in 2004. This watch was part of the perpetual calendar chronograph watches range produced by Patek Philippe, so it retains some of the same features as the 1518, the 2499, and the 3970.

Although Thierry’s father had given him little advice regarding the design, he was still influenced by his knowledge of his father’s preferences. For example, when it came to deciding whether to have round or rectangular push-pieces on the watch, he asked for the opinions of the people with whom he worked. It was a 50-50 split in the vote. However, Thierry knew that his father’s preference would be for the round push pieces so this is what he went for in the design.

The 40mm case is 13.5mm thick as this is needed to accommodate the movement inside. It has a Lemania base movement, which is heavily modified, and this is the same movement that was used in the 3970 and the 5020. The larger size also leaves enough room for the three sub-dials at 3, 6, and 9 o’clock.

The exterior of this watch is stunning and features a stainless-steel case, a sapphire case back, a large balance that can be seen through the case back, and crisp bevels. Despite its rather large size, it is also comfortable to wear and is designed in such a way that it looks equally good with a casual outfit as it does with formal attire.

There were several variations of this watch produced, so customers could choose the one they found the most visually appealing. Some of the options included a yellow-gold watch, a rose-gold watch, a white-gold watch, or a platinum watch with a black dial. Of these four varieties, the yellow-gold is the rarest and this means it is generally the most sought-after and the watch of the highest value.

Patek Philippe produced a series of special end-of-line models at the end of the 5970’s production run. The dials of these watches have a Roman XII instead of batons. They also have hemispherical hour markers that differ to other versions of the Ref. 5970. These features distinguish the end-of-line special watches from previous versions of the Patek Philippe Ref. 5970. There are also examples of watches that have one feature slightly changed compared to the main run of this model. Any slight variations seem to increase the value of the watches at auction.

Although Patek Philippe will not reveal the exact number of these watches produced between 2004 and 2011, estimates suggest around 2,800 were made. This means that there are enough of the Ref. 5970 for there to be an ongoing active market for the watch, but few enough for it to be a highly collectible timepiece. Many people still consider this watch to be one of the finest Patek Philippe watches ever to have been produced. For this reason alone, there will always be a good market for the Ref. 5970.