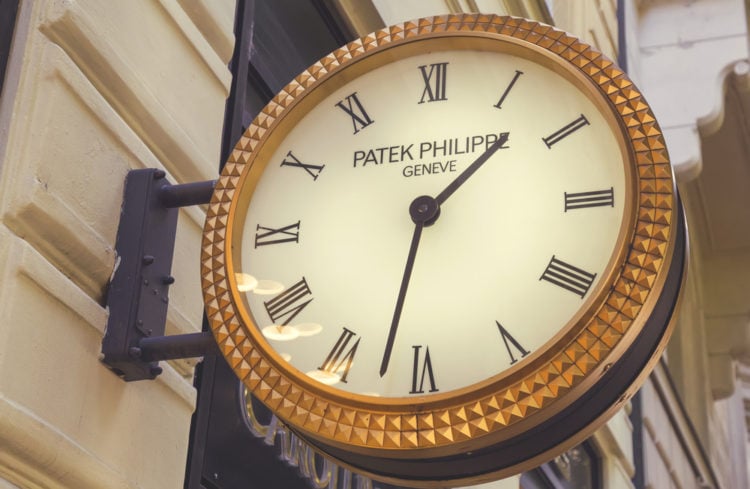 Patek Philippe is a Swiss luxury watchmaker. The company has been in business since 1839 initially starting as a clock manufacturer. They’ve established a solid reputation for designing high-quality, unique timepieces with a name that is associated with prestige and value. It’s one of the oldest watchmaking companies on the planet. Although it changed hands in 1932, its production history remains uninterrupted. Patek Philippe is also known for its in-house movements and complicated mechanical timepieces. There is even a Patek Philippe Museum located in its hometown of Geneva, Switzerland, according to Wikipedia. A rare Patek Philippe watch titled the Henry Graves Supercomplication sold for $31.9 million. The brand holds the record for selling the most expensive pocket watch at $24 million. Even though it’s a name that is known throughout the world, there are still questions about how to pronounce the name.

Everybody has their own take on how to pronounce Patek Philippe

We deduced that since the name Patek Philippe has its origins in Geneva, Switzerland, it must certainly be pronounced with a French accent. We turned up our first attempt by the good folks at Hodinkee, a website dedicated to the most thorough analysis and inspection of high-quality watch brands. John Reardon took his shot at the pronunciation of Patek Philippe in a YouTube recording. Interestingly, some have simply broken the name down to a term of endearment or nickname “Patties.” This simplifies the necessity for proper pronunciation for some, but it doesn’t solve the dilemma of how to say the words without looking for feeling somewhat foolish when you get it wrong. Hodinkee’s vote is for the French pronunciation of Pah -tek Fil-eep, although there was no indication made that this is absolutely correct. It was left hanging that there is a possibility it’s not one-hundred percent correct. We found this to be a humorous situation and confirmation that even experts will every now and then say a brand name, hoping it’s right but saying it quickly so as to not draw attention to any potential mispronunciation. They leave the situation with the final caveat that as Americans, we develop our own way of pronouncing foreign names. Although not particularly helpful, it’s an attempt and it makes us feel better about butchering the name phonetically.

TZ Forums members also got in on the situation. Somebody had the bravery and nerve to ask the question on the forum about how to pronounce Patek Philippe. The first responses were honest and forthcoming. Members in general had no idea of how to properly say the name. Many of them were not even willing to venture a guess. We finally arrived at a brave soul who surmised that the last part of the name at least, should be pronounced “fee-leep.” This seemed to break the ice just enough for others to jump on the bandwagon. We learned that the name Patek was of Polish origin and the founder was an aristocrat named Antoine Norbert de Patek. He took on a watchmaker partner Francois Czapek to establish the first Patek Philippe company. This retelling of the history of the firm seemed to take at least some of the heat off of the proper way to say the name.

Finally, a forum member threw in a linguistic point of view that took on the name Patek, which is Czechoslovakian for “Friday,” (more rhetoric to take the focus off the proper pronunciation). He added that there were a few different ways to enunciate Patek. The accurate way to say it could either be “Piatek” or “Piontek.” With yet two more ways to pronounce the first part of the name, we were no closer to feeling confident than when we first began. We now have guesses that include French, Polish, and Chech ways to pronounce the name correctly.

Our quest took us to sites that excel in the proper pronunciation of names and words that are often difficult to decipher. We thought certainly Pronounce It Right would have the answers we were looking for. A recording confirmed our suspicions that the acceptable way of pronouncing the name is as the French would say it “Pa-tek-fee-leep.” The site provides no fanfare or caveats about the history of the brand or the founders. It’s a simple recording that says the name but is it correct? We thought it wise to consult one more site to confirm what sounded good to us.

We decided to find out what Right Pronunciation had to say about the matter. This website actually took the time to provide a little more information about the Patek Philippe SA Swiss luxury watch and clock brand. We did learn a little more about the company at the site. For example, there are now more than 400 retail locations throughout the world and more than a dozen distribution centers. The name is indeed French in pronunciation and it is pronounced Pa-tek Fee-leep.

Our research about how to pronounce the name Patek Philippe was a fun and interesting journey. We learned that it is certainly not something that the general public feels confident about, at least, not in America. There are those who shrug their shoulders and don’t see the big deal. There are more watch enthusiasts who feel a bit embarrassed about not knowing for sure, and others who are willing to take a chance and blurt it out. It’s a humorous situation, but we think we’ve found the best solutions through the experts on pronunciation. We’re happy to finally lay the matter to rest by adopting the French pronunciation of Patek Philippe. We were also pleased to learn so much about the history of the company, even though that wasn’t the original question. 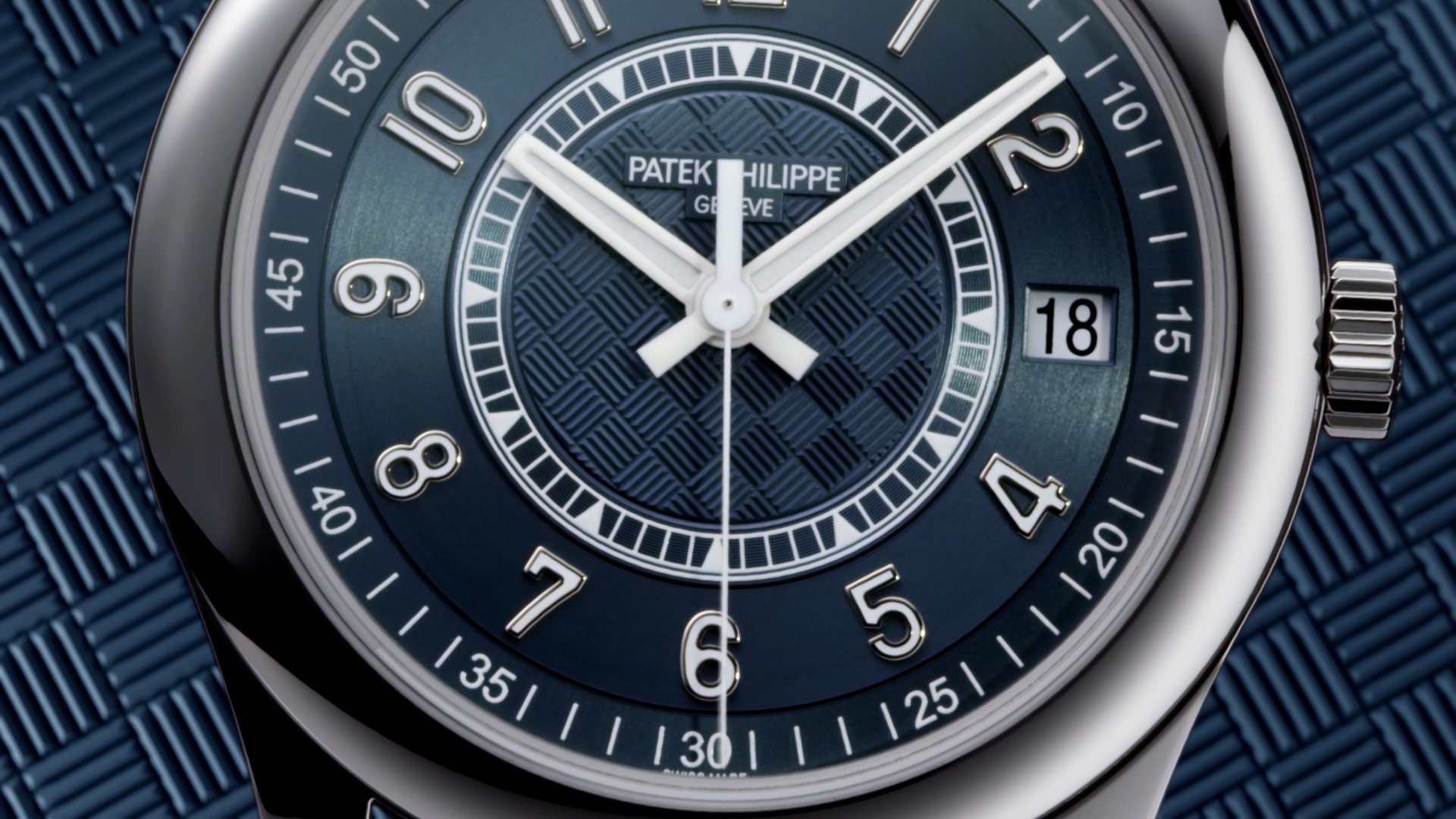 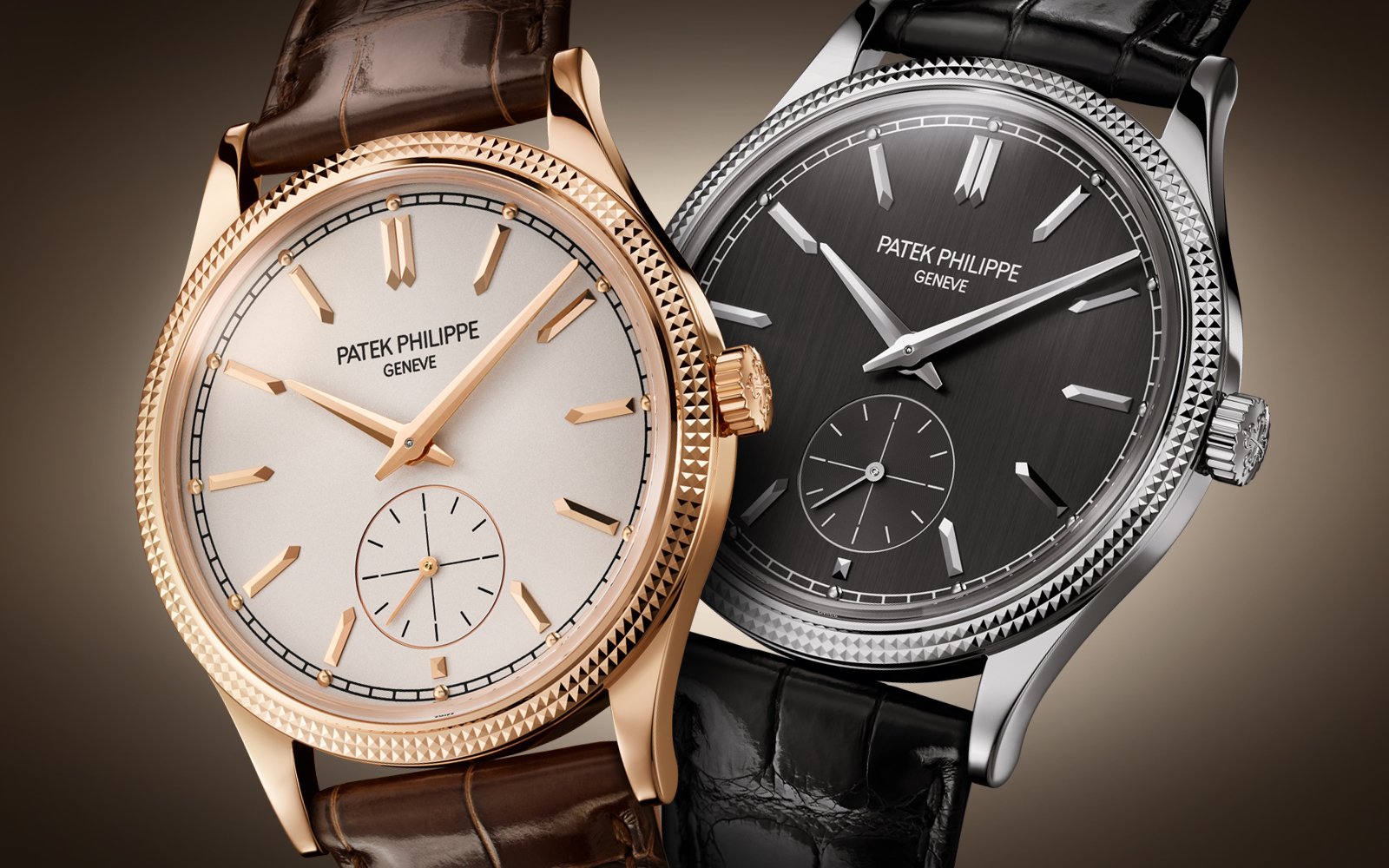 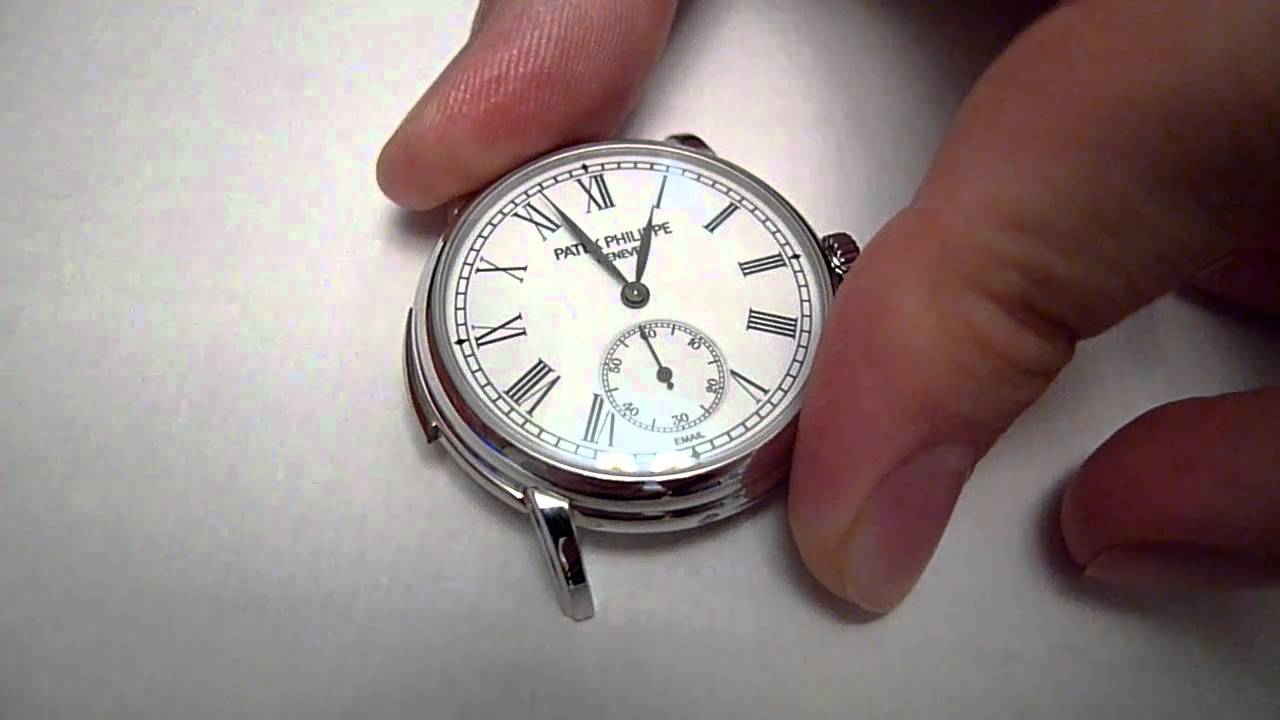 Patek Philippe is a watchmaker known for delivering the finest quality in high-end luxury watches. With a long history of innovation and precision Swiss watchmaking, Patek Philippe has produced some of the finest and most… 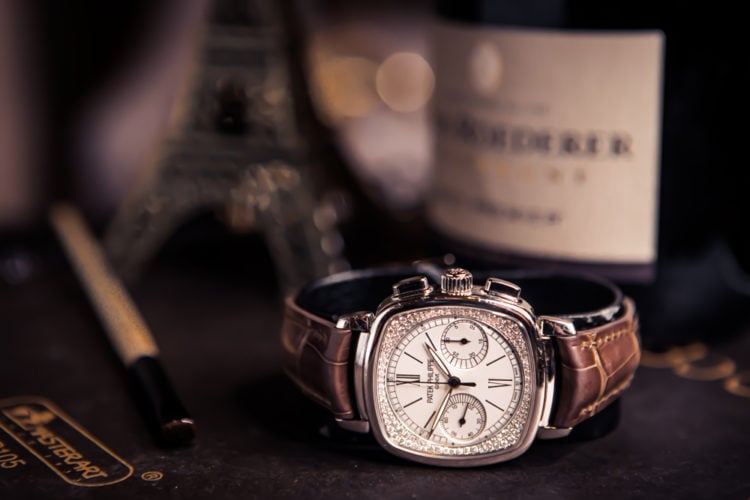 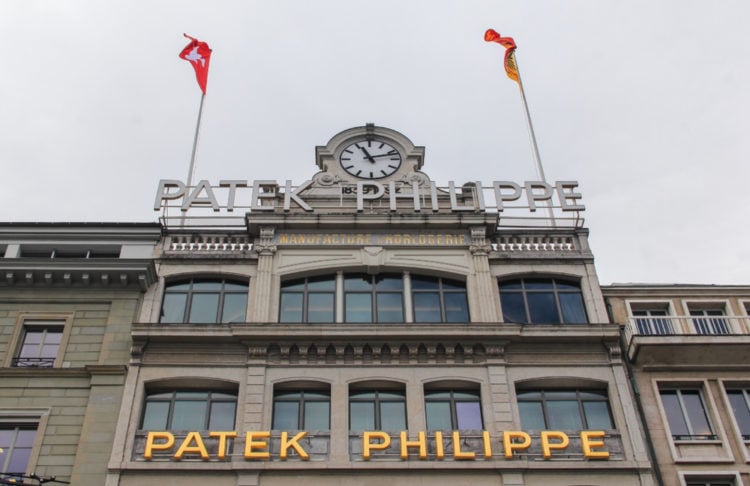 Switzerland – the land of chocolate, cuckoo clocks, and some of the finest watchmakers in the world. Patek Philippe is one of those watchmakers. The last family-owned Genevan luxury watch manufacturer and the first among… 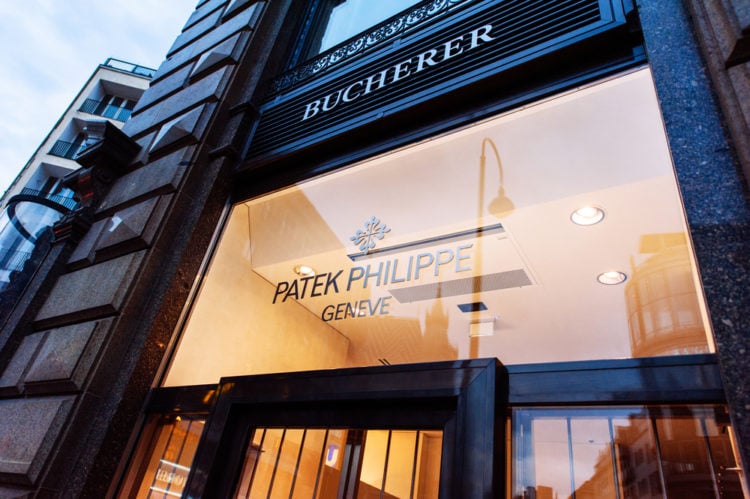 Patek Philippe is one of the most highly revered luxury watchmaking companies in the world. Watch enthusiasts are familiar with the prestige of the name, which is not even closely related to snobbery. It’s about…