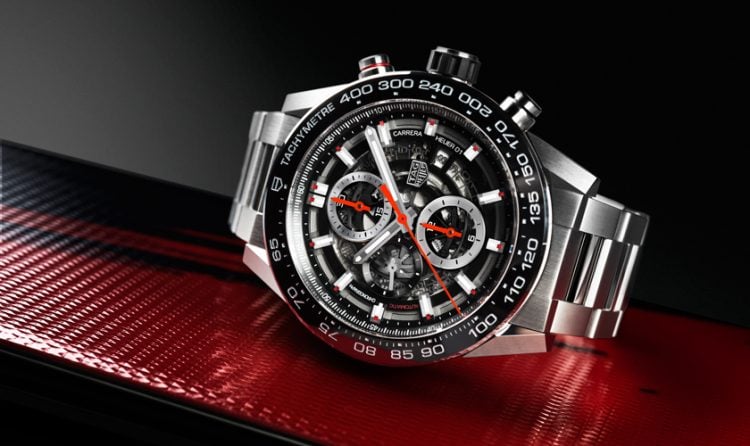 One of the most well-respected names in watch making is Tag Heuer. Over the course of its history, the company has created gorgeous luxury timepieces and brought a refreshing air of innovation and high standards to the game. In 1860, Edouard Heuer founded the company as Uhrenmanufaktur Heuer AG in St-Imier, Switzerland. The moniker “Tag Heuer” came about over a century later and was developed from combining Edouard’s last name with the abbreviation for Techniques d’Avant Garde, the company that acquired the watch empire in the 1980s.

Today, Tag Heuer continues to enjoy its prestigious reputation and has partnered with other famous brands to design incredible watch collections. Tag Heuer is admired by everyday people and celebrities alike, and Daniel Craig, Leonardo DiCaprio, and Pierce Brosnan are all avid fans of the timepieces.

Here are the top 10 Tag Heuer watches of all time. 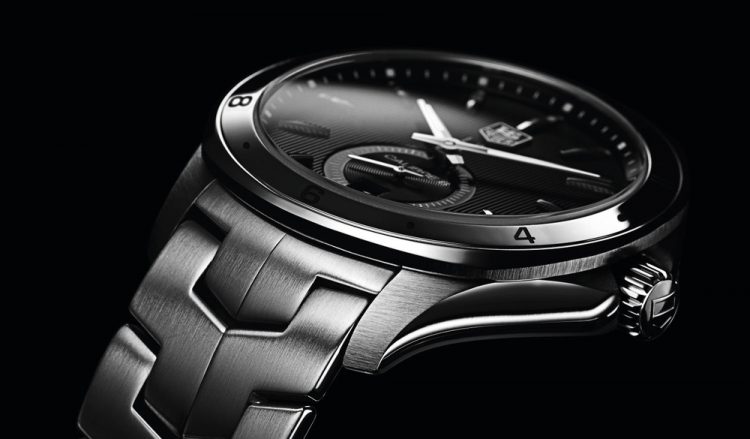 Tag Heuer’s Link wristwatch sports a polished style and a river stone shaped case. Roman numerals are engraved on the bezel, and the watch has a total of 11 diamonds. A date display at the 6 o’clock position, luminescent markers on the hour and minute hands, and a scratch resistant display that’s anti-glare make this watch both highly functional and very attractive. The Link is water resistant up to 100 meters, and it can be yours for $22,600. 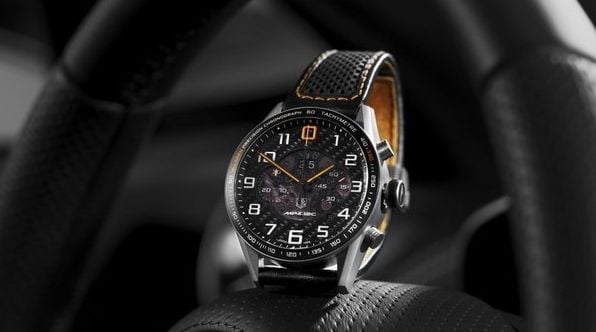 If you look at the Tag Heuer Carrera MP4-12C and are reminded of a sports car, that’s because to was modeled to mimic the features of the McLaren MP4-12C. The Carrera MP4-12C’s strap is the most noticeable part of the watch that looks like the car, as it has orange stitching and a perforated surface. Just like its inspiration, this timepiece is all about performance and precision. The Carrera MP4-12C is the first Tag Heuer watch to have premium automatic movement, and it simply looks amazing. It’s also one of several Tag Heuer watches that was either inspired by the automotive world or a design collaboration with an automaker. The price for the Carrera MP4-12C watch is $14,000. One of Tag Heuer’s more affordable designs, the Link Calibre 18, happens to be one of its most intriguing. Subtle details give this watch style and distinction, and the Link Calibre 18 is quite attractive. It has a 40 mm case, cushion shaped fixed bezel, and a bracelet made of finely brushed stainless steel. The design also includes a screw down crown, chronograph, and a folding clasp. The Link Calibre 18 is waterproof up to 200 meters, and this noteworthy wristwatch costs just $3,320. 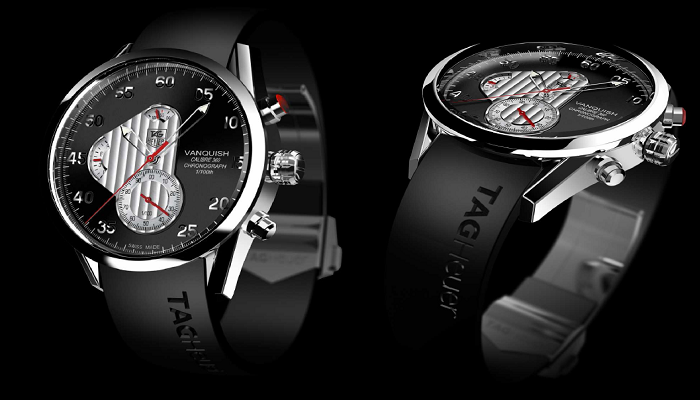 The Vanquish is one of Tag Heuer’s more rare models, as only 11 were produced in 2005. It has a polished titanium design, a dial with a metal bridge, and a double wide window. This watch looks sleek, stylish, and unlike anything else on the market. Ten Vanquish watches were sold in Switzerland for $15,000, and one was auctioned off for $25,000. The Carrera Mikrograph has exclusive elements that were designed and manufactured solely for Tag Heuer. This watch has many practical features, including a 42 hour power reserve and two balance wheels. However, its profile and aesthetics are the real draw. The Carrera Mikrograph contains 62 jewels and has a blue chronograph hand that fully revolves every second — you can’t help but notice it, and fine details like this are what earned Tag Heuer its stellar reputation. This watch costs $50,000. Tag Heuer is known for using groundbreaking innovation in its watches, and the Monaco V4 is no exception. This model was the first in the world to use transmission belts for movement instead of pinion wheels. Quad mainspring barrels, micro ball bearings, and an automatic winding system that operates via a solid tungsten rod are other features that make this timepiece outstanding. As far as looks go, this is the watch you get when you want luxury, distinction, and impeccable precision. It has a unique face with a modern edge that’s irresistible. The price for the Monaco V4 is $47,500. 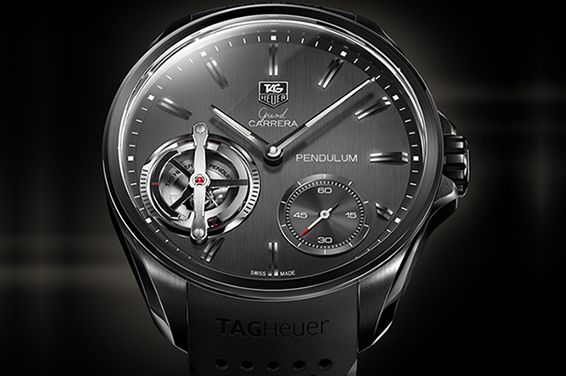 When the Grand Carrera Pendulum premiered as a concept watch in 2010, it boasted a game changing oscillator with a balance wheel driven by magnets instead of a traditional hairspring. This is another epic collaboration between Tag Heuer and a major brand, namely Tesla. The watch features several different versions, including those with PVD coated straps and bands with detailed stitching. The retail price of the Grand Carrera Pendulum wristwatch is just under $9,800. The Mikrotimer Flying 1000 is in a class of its own, and Tag Heuer took it a step further with the Mikrogirder 10000. The movement on this watch clocks in at 7.2 million beats per hour and is accurate to 5/10,000th of a second. To give you an idea of how fast that is, picture a watch with a chronograph that operates so quickly that you can barely notice it move at all. That’s what it’s like to look at the face of a Mikrogirder 10000, making this watch’s chronograph one of the most precise ever made by Tag Heuer or any other company in the world. The outer ring on this watch has a light gray hue and a scale with a central blue hand. The price for the Mikrogirder 10000 tops $100,000.