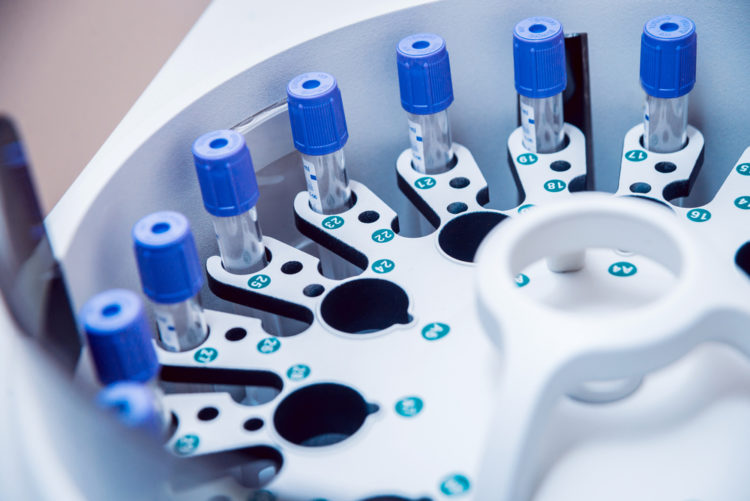 Nearly ten million people die every year from cancer, translating to every six death being cancer-related. Such fatalities would be greatly reduced if an early diagnosis was made; in 2018, breast cancer screening saved more than 27,000. As the fight to end cancer continues, companies are making great strides in improving the technology used to test cancer. As a result, many have ventured into cancer diagnostics, and here are the five we think we should watch out for since their relentless efforts are yielding impressive outcomes.

According to Scroll.in, the journey to becoming the global leader in cancer diagnostics began with Mallikarjun Sundaram witnessing his brother die of cancer. The death prompted him to study pharmaceutical engineering and a Ph.D. in medicinal chemistry. Sundaram was determined to make a difference in the world by lending his expertise in the oncology department thus studied further; he got a post-doctorate degree in bioengineering. He wanted to be at the forefront of the pharmaceutical industry thus was involved as a founding scientist in a company that specialized in drug development, specifically complex sugar engineering and sequencing. After his MBA at Wharton School of the University of Pennsylvania, he quit his job and began working on a business plan for a company he had developed with Shiladitya Sengupta and Pradip Majumder. They initially worked from an apartment in Chennai that acted as the lab and boardroom, but the company now is headquartered in Massachusetts and has become a leader in personal oncology treatment. It has a platform that enables doctors to select the best drug combination. They test a sample tumor against different drugs combination in a laboratory setting that is the same as the human tumor microenvironment.

On the company’s website, Champion’s Oncology boasts of being the most highly characterized bank of drug response, relevant clinical and molecular oncology data worldwide. It prides itself on having a technology-powered research platform that enables investigators to have a profound understanding of therapeutic dynamics relating to tumor cell biology and their clinical outcomes. The company’s future seems bright based on investor behavior. The revenues are expected to grow by 65% in the next two years, meaning the firm’s space in the technology industry is well secured. In 2014, Champion’s Oncology joined hands with Insilico Medicine, a bioinformatics company based in Baltimore. In 2017, the National Cancer Research Institute awarded the company a $2 million small business innovation grant that would go into further research of prostate cancer.

In February 2020, another company based in Baltimore, Capsulomics, whose main objective is to detect and prevent cancer, announced a research collaboration with John Hopkins University. The company’s partnership with the university was awarded a $3.7 million grant by the NIH Academic-Industrial Partnership for the research that is expected to last for five years. The money will go towards clinical research studies whose goal is to detect esophageal cancer and the precancerous condition, Barrett’s esophagus. The Director of the National Cancer Institute explained the importance of the study, seeing that most cancer deaths are usually due to delayed diagnosis. Consequently, on their website, Capsulomics reiterates that the company’s initial products will prevent and detect esophageal cancer by improving diagnostic and prognostic insight to save at least 509,000 people at risk of cancer. Their efforts have not gone unnoticed, and in September 2018, Capsulomics received the top award at Patriot Boot Camp during a Techstars pitch competition, beating nine other finalists.

Just like experts use the family history and other attributes to test your intelligence, CancerIQ is using such information to test a personal risk of contracting cancer. According to CancerIQ, they leverage family history and genetics to identify and manage patients at greater risk of getting cancer. With such revolutionary technology, the firm enables patients to save on the cost of care and improve results by detecting cancer early.

For health care providers, it is quite a time-saving approach because all your staff will do is hand out questionnaires where patients fill in their information to assess risk. The questionnaires are quickly screened, and the population eligible for cancer screening is identified fast for an MRI, genetic counseling, or testing. With such enhanced software, the patients get the best of care since the specialists have more than enough time to spend with patients. The burden of manual screening and scheduling appointments is thus reduced by at least 50%. The risk assessment platform has been boosted with a Series A funding round that happened in August 2020. CancerIQ raised $4.8 million in the funding round led by HealthX Ventures. It was a long time coming for the company that was founded in 2013 and is striving to make improvements in cancer diagnostics. The money is aimed at improving the genetic cancer risk assessment platform, and they even hired two more experts to help in the company’s integration with EMRs (Electronic Medical Records.)

According to Inspirata, the time taken to get your first cancer diagnosis and cancer treatment has been significantly reduced thanks to innovative pathology, workflow, and oncology Artificial Intelligence solutions facilitated by Inspirata. Inspirata describes itself as eliminating the inefficiencies to optimize decision-making in all areas relating to a cancer patient’s journey. It has therefore collaborated with different institutions and organizations such as National Cancer Institute, Ohio State University, Health Ontario, and Health Data Research UK, among many more, to advance cancer research. It is not limiting itself to the US borders and in 2019 announced that it was forming Inspirata (Europe) since it was expanding Germany, Austria, and Switzerland after a partnership with Indema. Inspirata (Europe), based in Switzerland, aims at helping universities and hospitals in Europe to process data for more efficient research and better cancer patient treatment. Its determination in making improvements in oncology is further seen by its partnership with Carebox Healthcare Solutions in 2020 to offer oncologists information matching clinical trials with cancer patients.